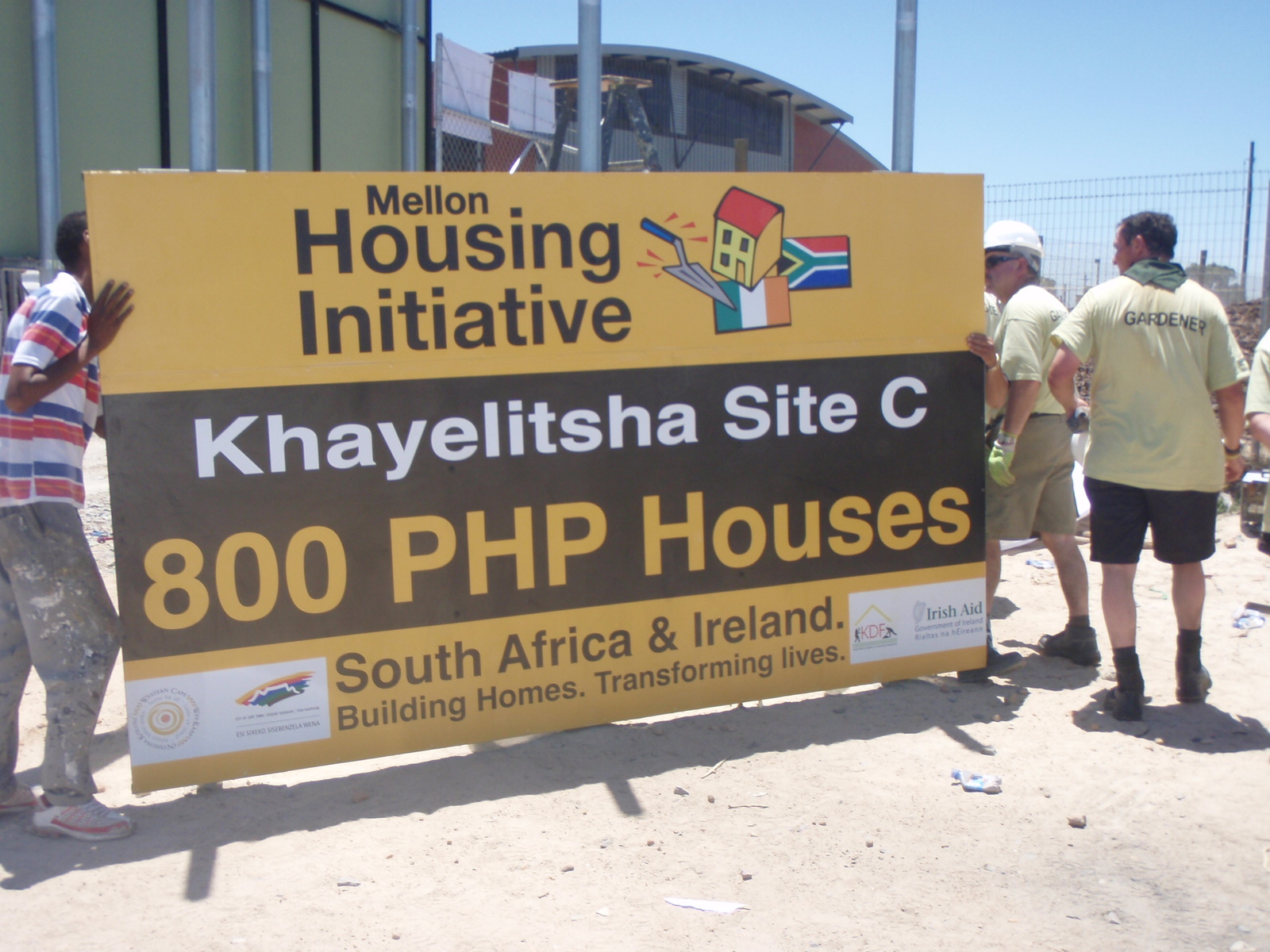 I was part of the garden team. A community centre was in place when we arrived. Two schools sat nearby. A primary and a secondary. Horticulturally, the land outside that was to be landscaped was pretty much all sand. Some shacks surrounded the community garden on two sides with a metal fence to seperate. Reality set in. This was to be a mammoth task. But as with all things, planning is everything. The foremen [Gerry, Matty, Dermot and Janet] were in place. Dominic had assembled only the finest to complete his designs. My task – whatever was to be done. Whatever was needed. All of that that was Donegan Landscaping and Ireland to an extent, went right out the window. I wasn’t the boss. I wasn’t Donegan. I was Peter. I was part of a team. Part of a bigger story than I will ever be and I was proud to be there. Who I was didn’t matter. What was achieved did.

Work was done with the local schools. Gardens were built. Once again, more details of this can be read at the official blog. Work was done at a local orphanage. Slides and swings, water features, elephants, grass, plants and trees were put in place.

They say it’s the people that make a place. It made it for me. I met one man at a local school who was asking me how I got to South Africa. He had never been on an aeroplane before. He wanted to know what it was like and if I could see him from the sky. He hoped one day he would be in an aeroplane. I met the beautiful singers of the Baptist Church. I met the school children who did beautiful paintings with the ladies of the garden team.

People worked hard. The heat was crazy. The sand blew in the wind and stuck to our factor 30-40 sun cream. Water bottles emptied almost as quick as they were perspired. It was an inspirational journey.