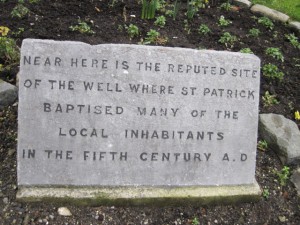 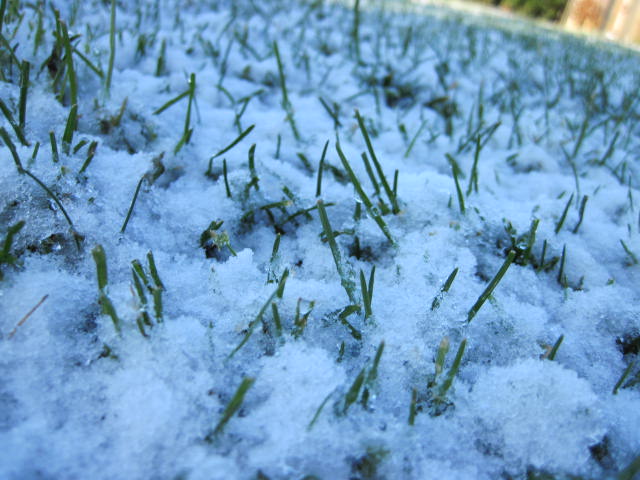 The weather outside is absolutely freezing… it has been for some time now and today the snow fell in Ballyboughal heavy enough to concern me. With that in mind I had reckoned I should do a post on some things frost[y] related.

In what I can only describe as a sincerely very welcome press release [and I get a lot…] …it’s especially for you guys and it’s all about birds. Got an apartment, balcony, a billion acres of garden or not then read on.

As you can gather the weather is causing havoc for a lot of of our wild birds such as the sparrow, the thrush and the Goldfinch and BirdWatch Ireland [I had mentioned the Bird Watch boys previously] are on a mission to encourage people to put out food for the birds that visit their gardens. According to Oran O Sullivan [this is the press realease bit…. 😉 ]

Cooked household scraps as well as peanuts and mixed seed all provide a vital source of energy for garden birds, particularly important as daylight hours are short and frozen ground affects garden birds ability to hunt for prey items. Remember to keep feeding regularly through the winter months, putting out food in early morning. It is also important to provide fresh water as many normal water sources are frozen over. 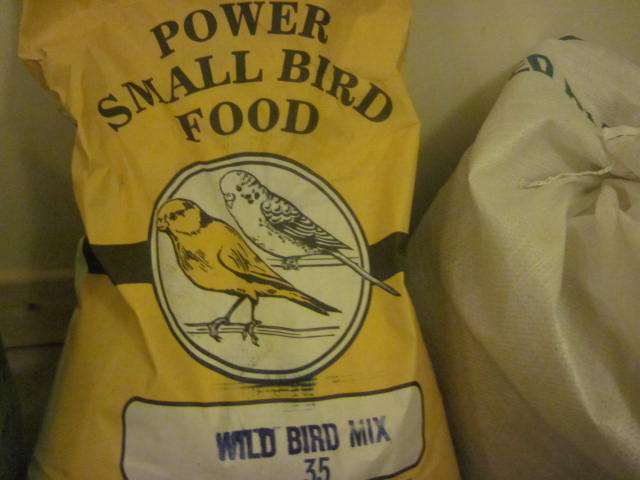 I myself  like to buy a big bag of feed [both types] nuts and seed. The seed is so the little ‘uns get something [the bigger birds cant get their beaks through the gauze].

When I was growing up we always left out some stale bread and water milk for them… but then I have two dogs and four hens…. not really enough waste to around I guess 😉

Anyhow… it’s good fun and depending on what you put outside for them… it’s also free.

I had done this post previously on birds in my garden. 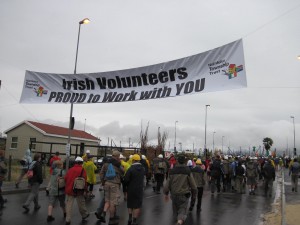 My third year to travel with The Garden of Hope Team, this year was always going to be yet another amazing project. As most of you know by now, I travel not to build houses but as part of a team of gardeners to, this year, build a community playground, football pitch and vegetable and fruit gardens.

What we didn’t bank on was the rain…. and by God did it fall.

But the options were….? We did have one half day of rain stops play… we then worked through as it got worse to make up the lost hours. And in the end it did work out. The sun started shining. It was always gonna happen 😉 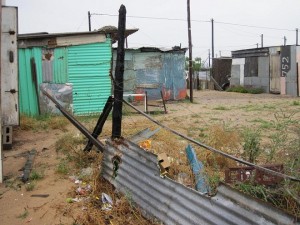 I’ve had to pause here writing this post…. It’s upsetting to be honest. My voice is gone. My bones are sore. There’s a pride inside me for what I as part of a team did… and then I think that maybe I could have done more. I’ve tears in my eyes. I’ve turned on the heating and type on my laptop and I’m trying, really trying not to write a sad post. Maybe to speak of the families and children with HIV and on housing lists for over 20 years…. when the rain came down one of the guys was telling me of a man they met with a frying pan trying to keep the water from his shack. I doubt he slept that night. But the people are so happy, friendly and polite. The children still smile. To see them dancing in middle of the water feature… that was the moment I took. Maybe I’ve numbed slightly to it after 3 years… 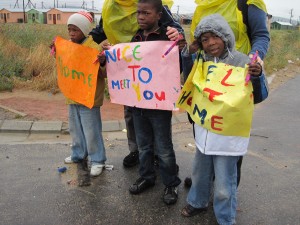 I heard of one lady. Originally from South Africa. She works in a pub in Ireland and for the last five years has saved her tips. This year she done the trip. She paid €5,000 to come to South Africa to work. The same as all of the Irish did. I worked with ladies in their 60’s and 70’s who laboured as myself and Colin lay cobbles. I met people who had lost loved ones so recently. Those who had no jobs to return home to in Ireland…. I’ve just thought of them too.

I’m gonna sit and have a cuppa now. The vid is done. I have some writing done here and a blog post to thank you all so much for your support. In garden terms… I think you’ll agree the volunteers made the best of it and kept the smile sunny side up… More than that – I know you will agree that our new friends in Wallacedene love it.

Thank you all for everything…. see you in a little.

I’ve uploaded all of my 2009 blitz images/ photographs here

I was talking to a friend of mine, Aidan, gate meister extraordinaire and part time garden enthusiast…. he was telling me about this [now] park that used to be a field where he and his Father used to hunt when he was younger…

Peter, you just got to go & see this park… it is out of this world

I knew the field. I said I would. I did.

To describe this park in a few words is impossible. To describe it on video would be unfair. This is without a doubt possibly the finest ‘new’ park I have ever seen in my life.

Named after Father [Fr] Joseph Collins who was the hardest working and first parish priest of the Donaghmede area the 52 acre park took about 1.5 years to build.

It is young. In fact it is still unfinished in parts. But it is pure genius at its absolute finest. I like the fact that no soil was removed to build the huge water area left the site… instead it was banked. I love that the old surrounding woodlands were kept in tact and replenished with younger native trees. Even better is the 5 wind turbines that power every single element required for the park to operate. Something more?? The wetland areas in the park are the filtration systems for the parks water and the lake and the wetlands are the drainage system for the football pitches!

From a tree planting point of view… it has a bit to go, but for the most part the maturest and finest specimens were used. It is a park I will very much look forward to seeing mature over the years. From a plant point… it’s been kept simple. Planting is en mass. But planting has been considered very wisely and logically.

Could I pick a fault? No. Not one. As I said it is a young park. In fact it only opened a few months ago. It is evolving. Still. It is still getting over the usual teething problems – but – I wouldn’t let that get in my way.

Jogger, skateboarder, walker, footballer, family, cyclist or tree hugger… you name it –  all catered for here. Even where I live in Bally-go-pothole I am so envious of the people who live within walking distance of this awe inpiring gem. It was raining when I was there and not even that could put me off wanting to take my time.

I think Joseph Collins is smiling [a big one at that] knowing what was built in his name. Brilliant. Pure Genius. Love it 🙂

Last year from around the middle of May through June Bank Holiday weekend climates and weather almost mirrored that of  what we are having now.

With reference to lawns here are the articles that I wrote then:

One should really take the first article and read it well. The second of course being my sense of humour but still a very logic answer.

And the answer to that of course is when it comes to nature sometimes patience is the greatest asset. My own lawn prepared about a month before I wrote the above articles is clear evidence of that and hence where I got the photographs from, The lawn sown in the pebbles almost a better germination…?

One may have had the soil prepared and presented well when the contractor left the garden… the soil may have dipped and hollowed slightly… some may have the ‘sahara desert’ cracking effect… in some cases some stone has been brought to the surface… all in all it looks a bit rough. I assure you – unless one has a bottom-less supply of rolled turf, a fire hydrant on full blast over night where the lawn will take in the most water and a shaded [completely] garden – no green [or very little] will appear… Funny thing is, the weeds will most likely grow there first.

I have just re-read – again – my article from last year…. and I once again realise that not even a degree in horticulture will help one here… it didn’t help me. It just helped me to understand better the why and why nots.

The truth is even when all of that is overcome…. the shelves of the supermarket gardens centres are brimmed with horticultural paraphernalia to help you and your lawn… and for very good reason. Clover, moss, weeds, fertiliser the list goes on *and* has done for eons…