I’ve fond 1980’s memories of the ash from the old coal fire ending up on top of our stools. They sat in the top right hand corner next to the heap. The stools that were never split in their life time and such were their notoriety I doubt a specific book in the local library even existed on them.

Sometimes it is good to remember just how simple it can be be. But and on the other hand I spent eons reading up, cropping, planting, re-reading and forcing in my horticultural college days. Science and arts aside, if you want to give this quasi tomato-esque fruity vegetable a go, it just doesn’t get much easier than this.

Of note and on a side not is it’s similarity in appearance to the plant Gunnera. I have more than once hands worth of fingers used it is normal garden design, where a designated vegetable garden was not wanted for.

Back to it and my tips: Buy your stools well. Plant it. Never feed it. Ignore and neglect it. Pick it when you see it and have a mug of coffee next to it before you go to work. Sometimes I have a wee chat with mine. Planted in the darkest, dampest patch of my garden, this variety is Timperly Early. Enjoy 😉 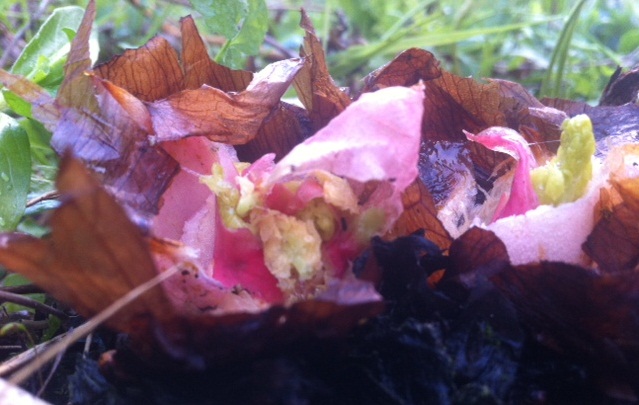 It’s not that long ago that I mentioned my rhubarb and the fact that I would be cropping it soon.

I did it today. This video, hopefully will help you get the most out of yours. I don’t have that many plants, but I will when I divide them most likely next season. Another video for another day you say. You can of course grow these in pots if you would like some from a small space. As you can see from this and my last post on rhubarb, they get very little special treatment. 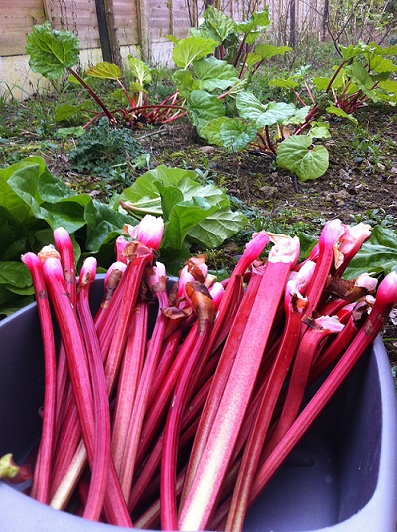 I have never forced rhubarb in my life. In that same breath I like this post on The Cheaters Guide To Growing Your Own.

How do I grow my rhubarb….? Very simply. In fact if this post was a book titled an easy guide to rhubarb , it would say simply say…

plant it in the ground and you’ll be grand 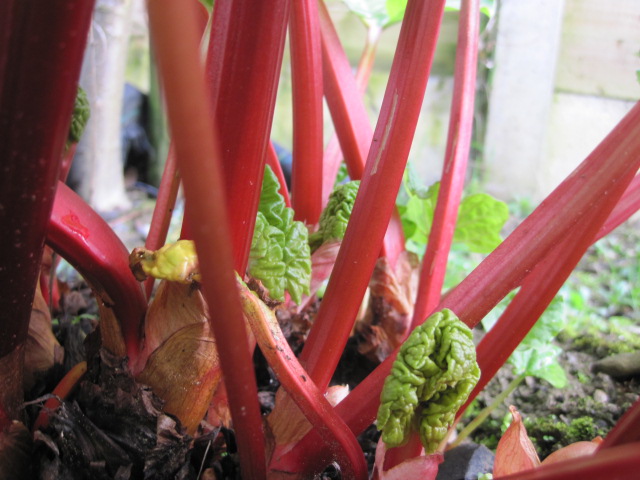 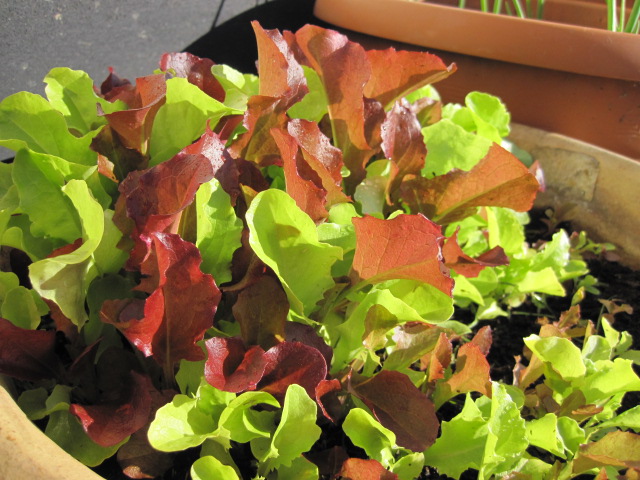 I’m slightly delayed on getting this one out…. but, I’m sure you possibly lazed up the sunshine last weekend and now you want to get the garden grooving.

Since my April In The Garden Post, plant life has gone mental. Thank God. Temperatures are well up… in fact I think I got sunburnt yesterday. The grass was cut twice in the last two weeks and thats only the fourth cut this year. Makes a change considering the amount of gardens I’m working in where plants have literally got blasted by the frost and low temperatures and are now being repalced….

So what will I be doing in my garden this month…. 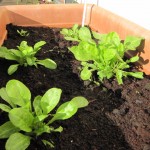 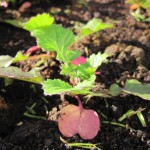 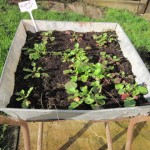 My lettuce is being used and thrown in with some sorrell… My spinach [image 1] is just about ready for cropping. I won’t be cutting an entire head of it… more just selecting a few leaves as required. The turnips on the other hand is a totally different story but you can see from the image above [image 2] that the first seed leaves [now purple] are ready to drop off and the plant is going to get ready to produce me something nice to cook. I grew mine in the old wheelbarrow. 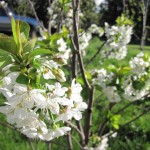 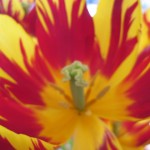 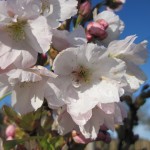 In the garden everything is bumper. The daffodils have gone out of flower and are heading towards die back… I’ll give it another week or two before I run the lawnmower over them. I’m also on the last dregs of the tulips in my garden [image 2] but they were amazing while they lasted. In their place I have the Prunus amanagowa  cherry tree [image 3]  and also my edible cherries [image 1] and they are blooming. Not much to do there except wait for the fruit.But with them come the apple trees and that’s definitely one fruit I am looking forward to. 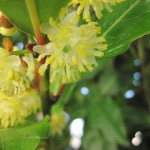 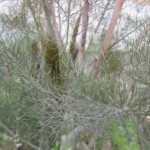 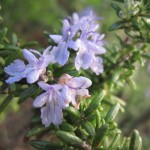 In other herb news the bay [image 1] is in flower, the fennell despite all the frosts are back with new shoots and the rosemary is also producing some nice blooms. You couldn’t really ask for more. Assuming you followed my bits of advice over the last few months you should be good. But do make sure and give them a cut back if required… grabbing a clump for the cooking usually helps this along. 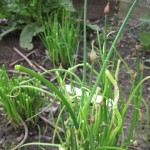 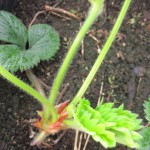 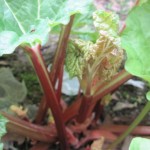 My chives are something I may divide up, but for the moment they are getting a regular haircut. I’ve not had much luck growing them from seed… but I’m going to put that down to the slugs 🙄 The starwberrries on the other hand are growing well but are a while off producing fruit. That said it may be a bumper crop for my rhubarb this month. Pie anyone ? 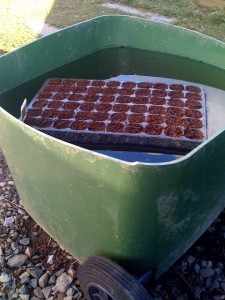 The biggest problem with this rain and warm temperatures though is the weeds. They are still plants, they just don’t know that we don’t like them 😉 In controlling them, I like to strike a balance between the back break and so I weed by hand in between my food crops and tend to spray in between my shrubs and trees. I think thats fair.

I’m going to continue sowing random bits of veg and herbs as the mood takes me – but I need to be careful I don’t end up farming with the amounts that I am growing. That said my neighbours seem to like me that little bit more and I have literally tons of window boxes and planters to get ready this weekend. I am going to be so busy.

Outside I just need to keep things watered… every evening this week I’ve been soaking my seed trays but then it has been raining while I’ve been sleeping [?] and I have an endless supply with my two water butts by my side.

Did I miss out on anything…. ? Leave a comment and let me know. Other than that happy gardening. 😀 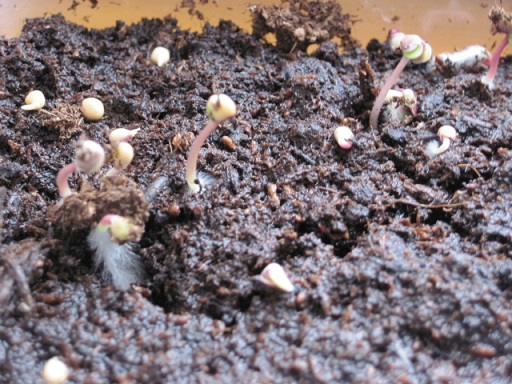 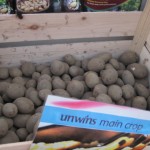 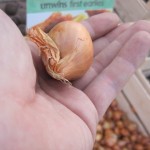 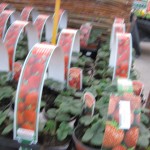 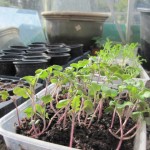 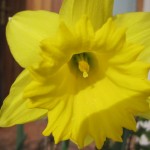 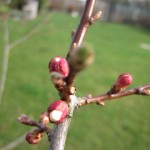 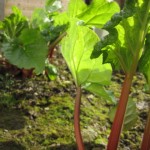 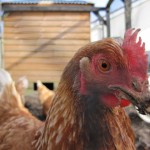 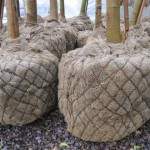 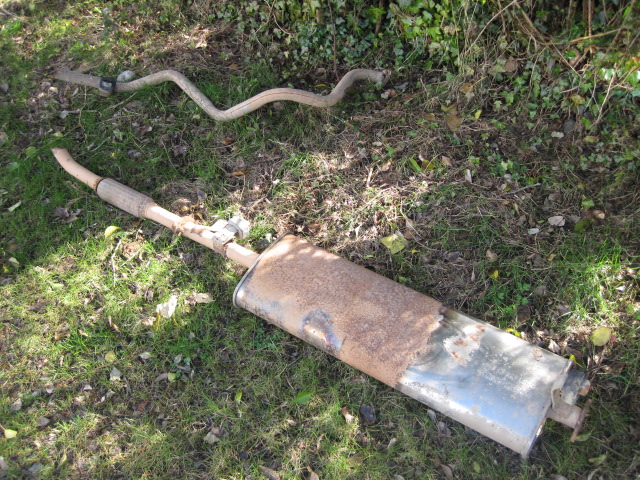