I honestly didn’t know if I was going to make it to Bloom this year. Eventually, I did with my 2 year old bundle of smiles early on Sunday. Rain aside, so impressed I returned again on the Monday.

It’s a little funny being me most of the time, but at Bloom it gets a little funnier. In context, on the Sunday I entered the artisan food arena, left 3 hours later and not by choice, nor wish to leave, I saw nothing else.

listen to ‘Loved #bloom2012 thank you @bloominthepark :)’ on Audioboo 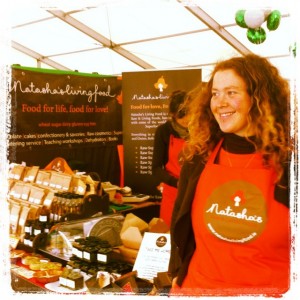 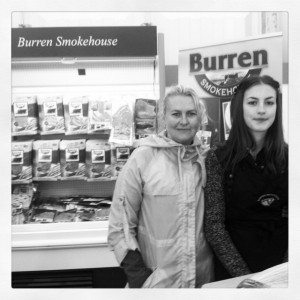 listen to ‘Mark Wheeler of Rathmullan House @BloominthePark ’ on Audioboo

When on the Monday I returned again, I simply kept on bumping into people. Good people. People I was happy to be in the company of. Some of them I hadn’t seen since that time last year and before I knew it, the tannoy system announced Bloom is closing. 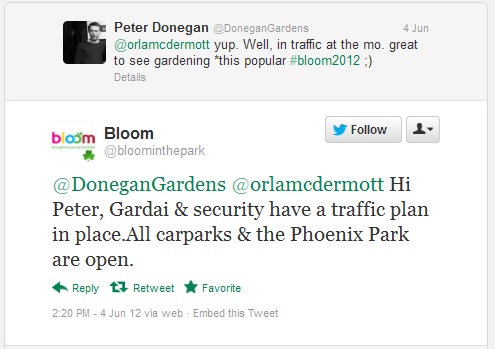 In the big picture, Bloom is far more than just show gardens. My experience this year was simply fantabulous. For the most part, that came down to the organisation. Before, during and after. I would have quite happily stayed longer. 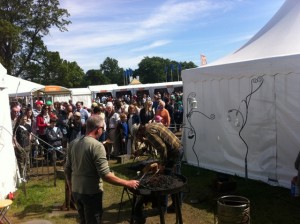 Recorded chats here aside, I have two cracking interviews lined up for The Sodshow that will air this Friday coming and the following. Also of note is The SodShow, Bloom in the Park special with Gary Graham that aired the Friday prior to its opening.

listen to ‘The SodShow. A Bloom In The Park 2012 Special’ on Audioboo 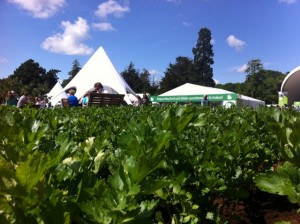 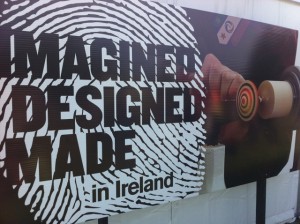 In conversation with some of my fellow horticulturists I noted and know that Bloom is good for Irish horticulture. It needs and is better because of it.

Regarding Bloom 2013, as I noted recently, I have a mild pickle to chew on 😉

This image below as I left Bloom 2012 behind me, sits in my mind, for all of the so many right reasons. In whatever format I am there, I am looking forward to Bloom 2013.

To all who were ever so lovely, thank you so much. 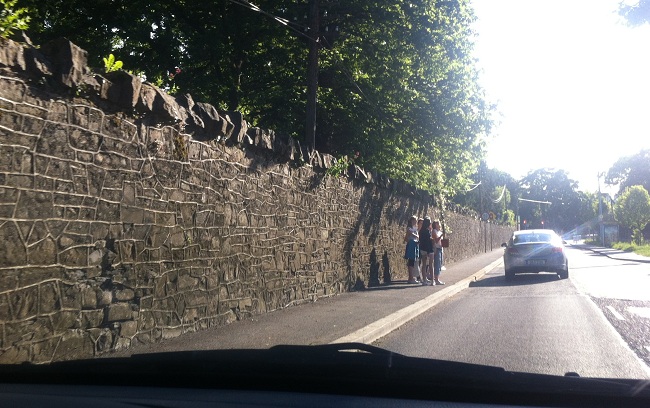