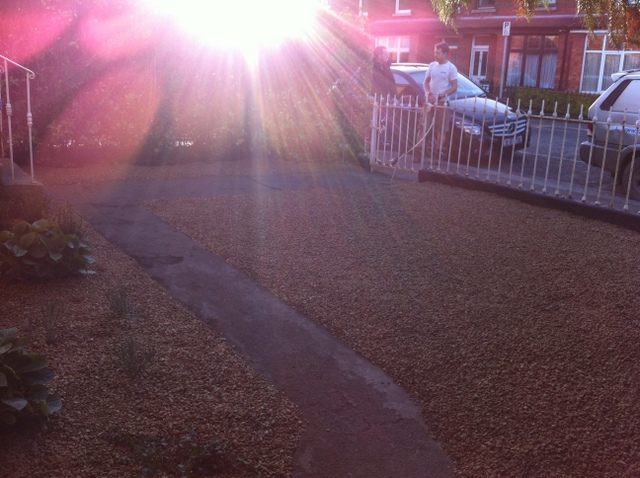 No lawn and low maintenance was the top request and considering there is no side access to the house, it was one that I felt was quite logic. With that in mind, front gardens have two choices: they can stand in or stand out. The home being situated in a quiet enough block in Ranelagh, Co. Dublin, I wanted the end result to fit and look like it had been there for some time, though still fresh well maintained. 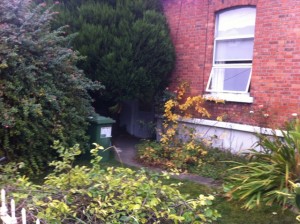 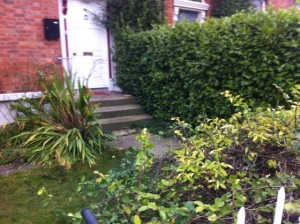 The Escallonia macranthas and the Grisilinia littoralis were cut back and the dogged old roses, the overgrown Crocosmia and the thorned mass that was a Chaenomeles in some previous life form were removed. In its place went some newer and established Hydrangea’s, Buxus semprevirens, Laurus nobilis and some Vinca minor of the non variegated variety ~ Still old school, just fresher and with brighter surroundings. Of note: it’s almost December and the plants are young. Also of note, my qualifications are horticultural, this clients are definitely not. No offence. None taken.

If I’m honest here, the mild dilemma’s (wrong choice of word, i know) were less photosynthetic and more organisational and planning. A one car width street with metered parking either side did not allow anything more than a small commercial vehicle, therefore no trailers or large delivery trucks to gain access. More than that the one story house came with low-lying overhead cables.

The big squeeze was that I needed to shift 3-4 tonne of decorative pebble from the road, over a path, underneath cables, over railings and into a garden. By hand was an option not up for grabs ~ mainly as it would have added one extra day to the costs and also individually bagged costs more than loose pebble. By far, far better was the alternate of knowing my suppliers [and their vehicles] extremely well, my asking very politely for a wee favour and a few 5am starts. That and as much time spent off site as on.

To the end result, I will admit, it is not a Peter Donegan memorial garden. That said, it was not a place to be making a very large statement. Also not since Bloom have I had so many passers-by take the time to stop and pay compliment[s] for the work that was done. In short: it fits, it works, it looks good and it looks one heck of a lot better than it did last week. Far more important than that, the client loves it. 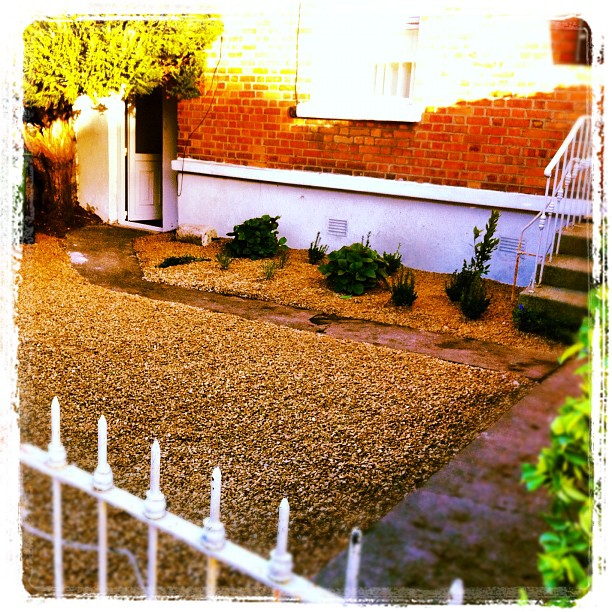