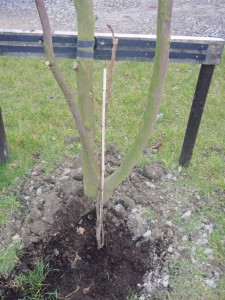 Today is the start of National Tree week. There are loads of events on – some are free, some will be extremely boring – some will be great for the family.

Either or it is amazing the bargains that always existed in this department.

Trees don’t have to grow huge. They can also be a ‘small tree’. They can fit on your balcony. They’ll cost about €10-15. And that includes the compost and the pot. If you need for a specific place and you are unsure just leave a comment here.

In the picture I have two trees. One died 🙁 but it’s staying where it is. I have plans for that…. 😆 So I planted a fig tree in front of it. I guess I didn’t want the garden to look bare.

Fig Trees
can be grown in a wide range of soil as long as it’s well drained. They are ‘usually trained up against a wall or fence. [This one won’t]. They are self fertile and easy to grow. I chose the Brown Turkey variety. It cost me €12. 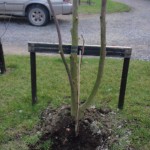 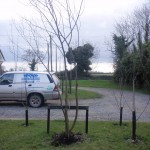 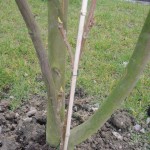 Blog posting #300 🙂  March 1st – 7th 2009 is National Tree Week. It’s a cool week. There’s loads of tree events on – literally all over the country. There is no excuse not to get involved. I have some posts on trees, trees, trees and trees here to get you in the groove. That said if you don’t want to plant a tree yourself – you can always sponsor a tree – and it will be planted for you.

The trees don’t have to be huge – they even don’t have to be expensive – but they are important and if we did plant one tree each [that’s over 4 million!!] can you imagine how beautiful the country would look. If where you live is ‘not as green as it should be’, if you want to give something a little not so expensive and don’t want to look like a cheap-skate or if you haven’t seen a bird in your garden since you moved in…. You could… and you really could, make a difference.

Go on plant a tree. And give it a hug after 😆 but of course! 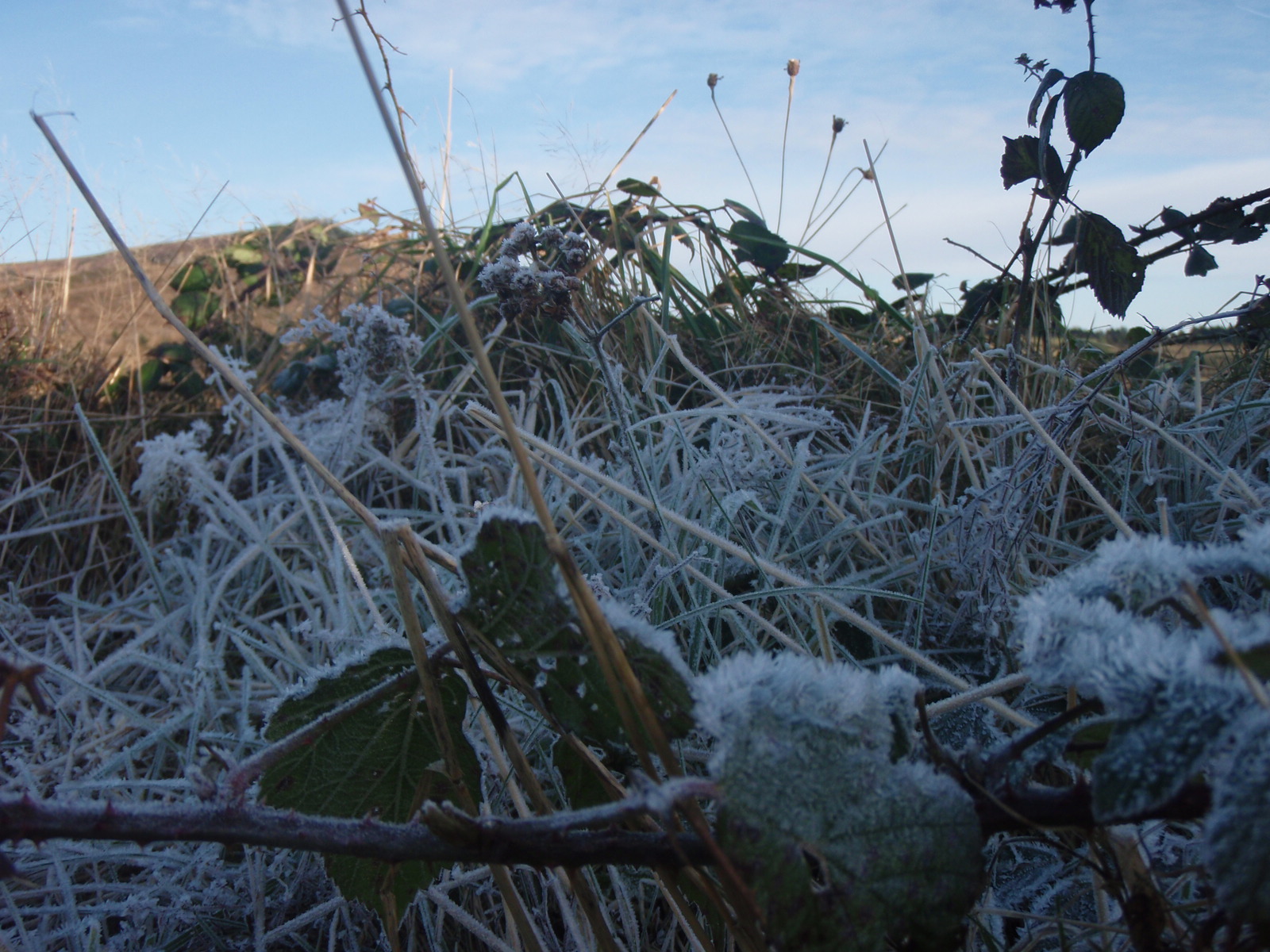 As I write this post – it is freezing cold! But whilst we are wrapped up so snug and warm nature is at work everywhere we look – although possibly unknowns to us….

Vernalisation is the acquisition of the competence to flower in the spring by exposure to the prolonged cold of winter. The word vernalization comes from the Latin word vernus, meaning of the spring. blah, blah, blah….. [courtesy of wikipedia]

Vernalisation is essentially exposing a store of food [a bulb or seed] to a period of low temperatures [usually below zero celcius]. This generally happens naturally in winter time/ spring, but sometimes when I’m sowing seeds i have bought I would first pop them in the freezer for a day or two. In my opinion it speeds up the germination ie. the amount of time it takes for a seed to pop its head above soil level. The period of frost/ cold [in a word] breaks the dormant state of the plant, or as my Mom would say… it makes the seed wake up 🙂 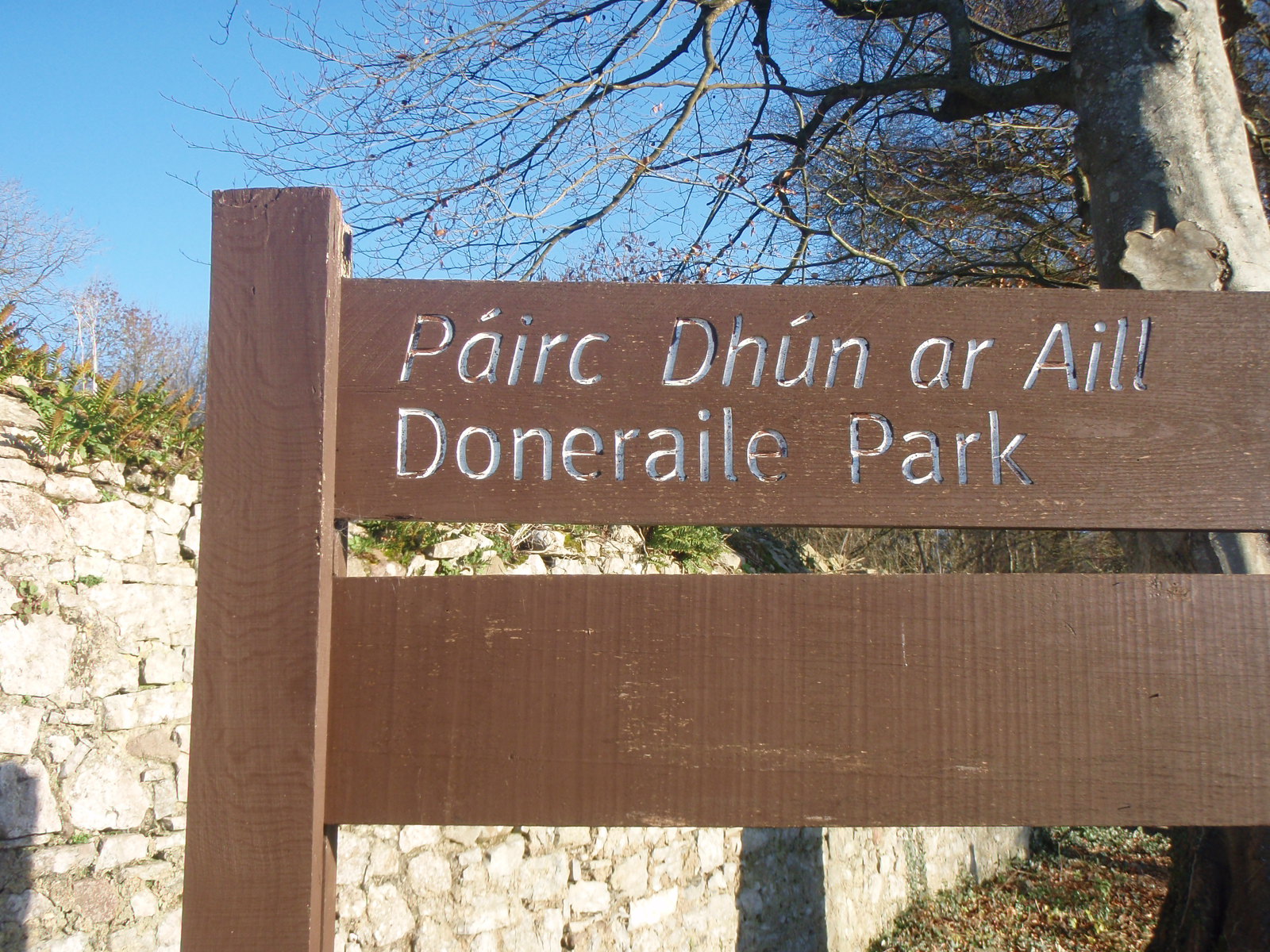 On my winter holidays and travelling from Limerick to Cork I needed a fix. I needed to see a park. I had to. I found one. There was some works going on in the car park. That didn’t matter.

It wasn’t Stephens green. It didn’t have to be. It was Doneraile Park. It was January. It was freezing. It was beautiful. I didn’t spend as much time there as I would have liked – but, I could have stayed there forever. It was romantic. It wasn’t pretty flowers in tidy rows. Although parks of that style have a place in Ireland too I was glad this one didn’t. It was simply nature at its best.

Some recent tree planting was evident which is always great to see. 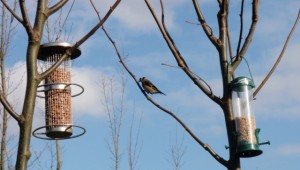