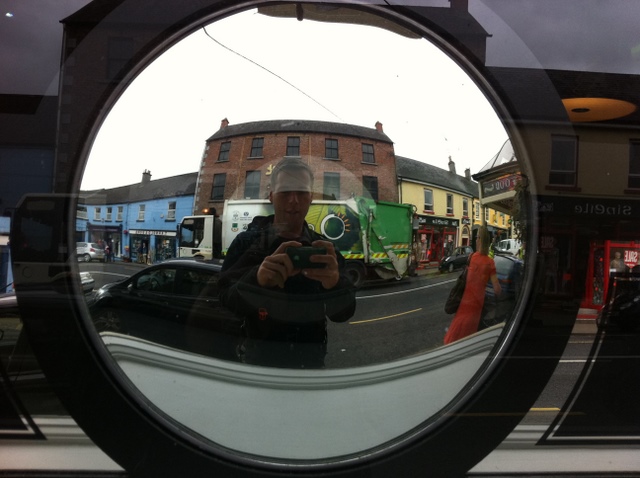 Let me break this down before I get into a deep and meaningful conversation with you. I get bored, sometimes, sometimes with the space outside of the four walls I live in. In short, I’ve re-done my own garden around three times in eight years.

Then last year I decided to take a break. A pause. A reprieve of sorts. I went a bit all feng shui. I don’t even know what that means being honest…. I shall rephrase, I let the place go I guess, a bit. Not let it go, just, more bio-diverse, as was discussed last week – my answer to everything that needs an excuse that may be deemed incorrect by the gardeners police society.

That said, I’ve my mind in order as to what I actually want to do. In the words of the great Captain Blackadder

I have a cunning plan….

I don’t really have a cunning plan, I’ve just always wanted to use that line in an article. But I have an idea of what I want to do. 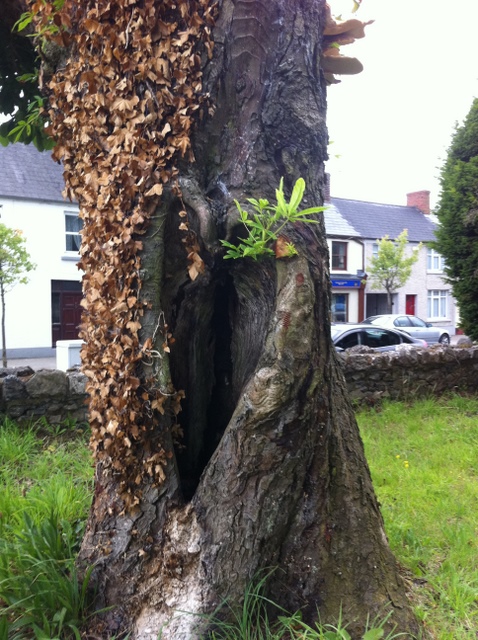 I have trees to move. They are trees that I still want to keep in my garden but they may just end up too big in a while to come. Too big in the space they were originally put in that is, bearing in mind that the garden has changed in outlay since I first planted them. And whilst I do like tree surgeons, I really don’t want to be crossing their palms with silver unnecessarily.

But that’s months away before you can move them Peter, Autumn even…. ?

And that’s a very fair point, but the planning starts now. Because when I move them I’ve now got a space where they once stood. What will replace them ? A children’s swing. And maybe a slide. I don’t exactly know but I think I’d like to make that myself, for my daughter. It’s not so much the making of it that is important to me, it’s just I want it to fit into the setting, the backdrop and the surrounds… think Emmerdale Farm with a [by next year] two year old and you are part way there.

I’d also like hanging baskets. But I need to hang the brackets first. Of course I may need to confer with the powers that be as to their exact location, but in my mind they will go all the way across the front of the house, the entire of it so that when it comes to next summer….. no, hold on this Christmas…. the house will be a home, a family home where people, visitors, friends and the inhabitants of feel, well, at home I suppose.

I also want to re-design the hen house. Pardon the cliché’d pun, but I want it to have wings. Wings as in that of a building so when they strip one part of the lawn entirely I can let it grow back absolutely wild whilst at the same time I can gate of the other wing. I also want to paint it. Bright. Their house is already pink and white, but the run is just old matt black fading to grey and it doesn’t look so pretty anymore.

The list the more I think of it you see, takes time. And with only fifty two weeks in the year and only twelve of them winter, of which about three are excluded for holidays, even just to do what I have written – allowing one Saturday per weekend means I’ve only got nine days. That is assuming, it doesn’t snow or rain. And more importantly, nine days is not enough time.

I could have figured that one out on my etch-a-sketch….

I need to back track. I need to draw up this wish list and then another list of ingredients and get myself garden shopping.

Some may think that the earlier the evenings the less busy a gardener may become. Not on your nelly. It is the smart garden enthusiasts that prepare now for the seasons to come and I am not going through what I and we all did last year. Which in short was quite depressing and not very nice. It may not be warm in December, but at the very least I can make my home feel warm and inviting.

Rain, hail, sleet or with the help of global warming a heat wave, my house will be homely by December and it’s going to look damn sexy when I am  finished. I’m making a list and this time I’m checking it twice. What are you gonna do ? 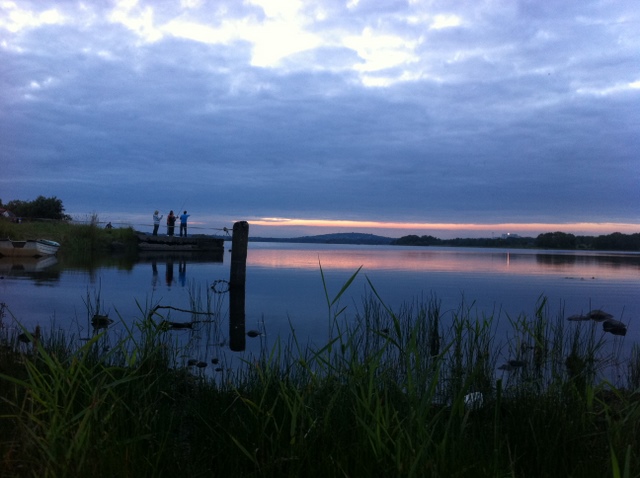 Lough Ramor is a beautiful lake near Virginia County Cavan.

I was there initially at Lough Ramor camping but I have chosen, in blogging terms, to keep the camping seperate from the actual lake via an entirely seperate post.

The fishing people will be much better versed than I in what it is good for but many boats and many methods were spoke about in how to best get ones rewards from a days outing.

Other than fishing, not so much water sports but canoeing and paddling boats were a regular fixture during my time there. I however chose to walk the peripherals and enjoy what it is I should and did admire.

Wikipedia tells me that it is a large natural lake of around 800 hectares, that Lough Ramor has been designated in 2011 by the EC as a Special Protection Area (SPA) and also

Lough Ramor is a partly wooded wetland site, a haven for many species of wildlife both resident and migratory. Available recorded history indicates that nearly half of the 170 acres (0.69 km2) of Deerpark woodland was once oak woodland, the timber being used for building and agricultural purposes. During the seventeenth century it was reported that early Virginia settlers had to transport their building timber from west Cavan and Fermanagh. The early nineteenth century saw extensive tree planting of ash, elm, oak, larch, spruce and Scots pine. In recent times additional broad leaf varieties were planted including sycamore.

The most recent site study conducted by the Government Department of the Environment describes the Lough Ramor area as a hollow in the Silurian strata that covers most of eastern County Cavan. Lough Ramor is a very shallow lake with a pH of 7.5 and a maximum depth of six metres. The water is nutritionally poor but is periodically enriched, resulting in algal blooms. Being situated on a different rock type than other Cavan lakes it differs also in appearance. Much of the shore has semi-natural woodland of alder, willows and hazel. The stands near Virginia were originally planted. 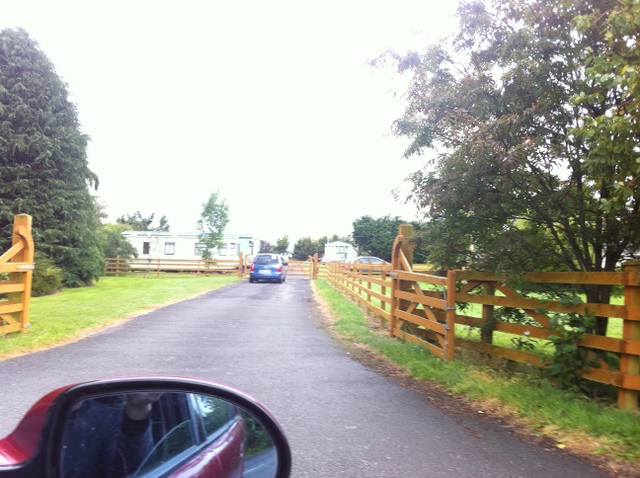 Located 5 kilometres south of Virginia in County Cavan, this is probably one of the smaller campsites I have been to, but Lough Ramor is an absolute gem and sits right at the waters edge. To that note, I’ll do a separate post on Lough Ramor itself and keep this one to the camping and campers side of things.

If it’s the great outdoors you wish to enjoy, you won’t go wrong here but anything more than that and I honestly believe you may actually need a hotel complete with kids club. With that in mind and the facilities, the washrooms and bathrooms were hygienically spotless and clean as you could get from a campers perspective.

There are some permanent mobiles there which is always a good sign, but of note is the fact that the visiting campers areas are split into two zones. The tents seem to be placed right by the waters edge whilst the camper caravans are placed by the electric points on the upper area but slightly out of view of the water.

To those pitching tents, the lower ground is quite rocky beneath from which many bent pegs resulted. I highly recommend a length of re-bar and a steel headed mallet to be added to the camping essentials list.

I was there for four nights and loved every second even though the weather was often verging on extreme to mixed. Those there for the weekend lacking in the correct paraphernalia really stood, most moving on after day one.

In the town of Virginia the Super Valu is probably the best place to go shopping for supplies, but as per camping gear, should you find yourself stuck you may find yourself in a mild pickle. I did bring back up gas for my MSR pocket rocket [essential for a cuppa with 3 minutes brewed outside btw], but not for my Gelert compact double burner with grill – this did pose a mild problem and I could not find a supplier of camping gas, anywhere.

Of note for those looking to take a days excursions, directional signage is not a forté of Cavan County Council and in search of another lake, via its sign postings, I stumbled across Mullach Lough, not such a bad result in the end for that day I will admit.

In summary, I like Lough Ramor Camp site. Highly recommended if you love your fishing, light boating or you are simply looking for a relaxing weekend away. 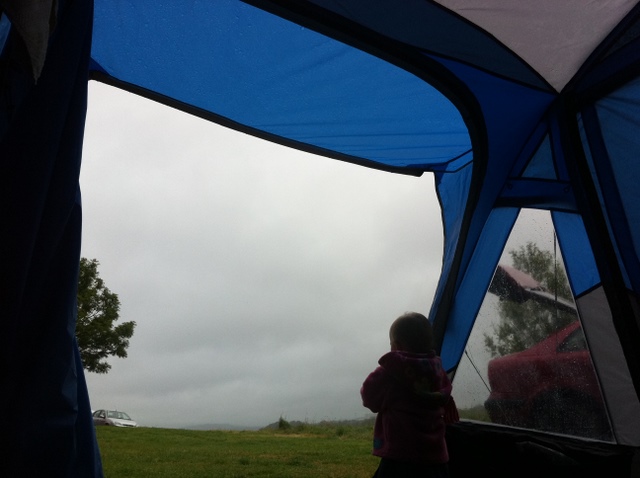 I’ve spoke about potato growing before here on the blog. I was out walking a lot over the weekend [july 9th] and of the many fields I met, this one filled with rooster potato.

With some just about to enter flower stage, I thought it may be of interest to those who growing their own were maybe looking for a good comparable, or as was pointed out to me for those who have not seen a potato, in this case a rooster in flower. 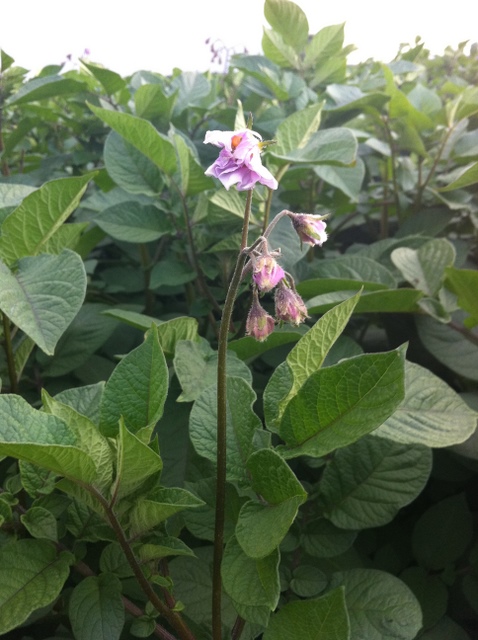 A little bit of work yet to go…. and if you have read this far you deserve some trivial potato trivia, courtesy of A Guide To Vegetable Growing, the book I got free from Teagasc.

Potatoes are a half hardy crop that hail from south America and first reached the [Ireland] shores around 1586.

In the words of Michael Caine, not a lot of people know that. 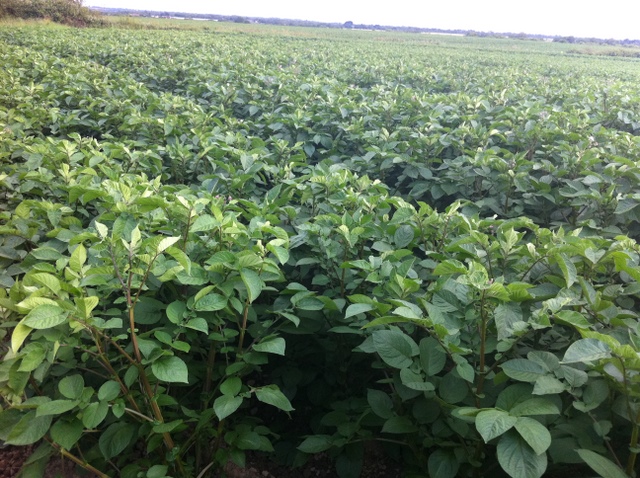 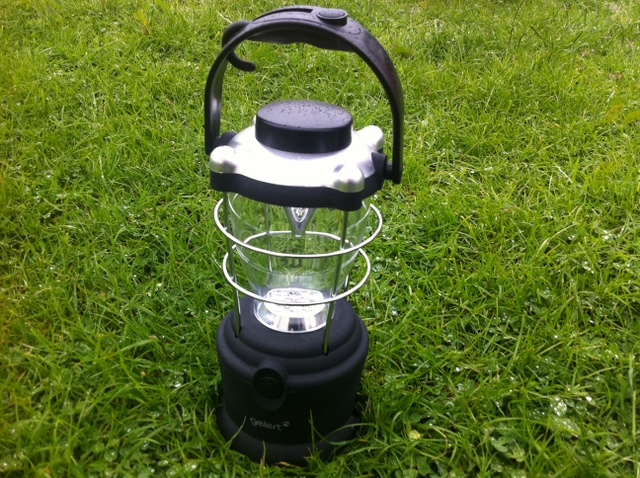 This is the Gelert wind up lamp. I bought it in Millets camping shop in Mary Street. Not costing over €20, that I remember [I’m open to correction on this…. I lost the receipt so couldn’t double check], it is a pretty genius piece of what I now call one of my camping essentials.

I have another LED type light that I’ll review later but, this wins top marks for a few reasons.

I love the two light level settings. Really important when camping and considering others inside and outside of your tent. More than that it’s light enough that doesn’t wake a one year old by being too bright.

The big reason I like it so much, is the fact that one always forgets the batteries or leaves the light on overnight. In this case it doesn’t matter. I also left this outside over night in the rain for the craic, something that always happens with torches. It was grand the next day. It’s also quite durable and light wieght.

This is the lamp demo during the day. Recorded July 4th.

This is the lamp at night time. Recorded June 12th.