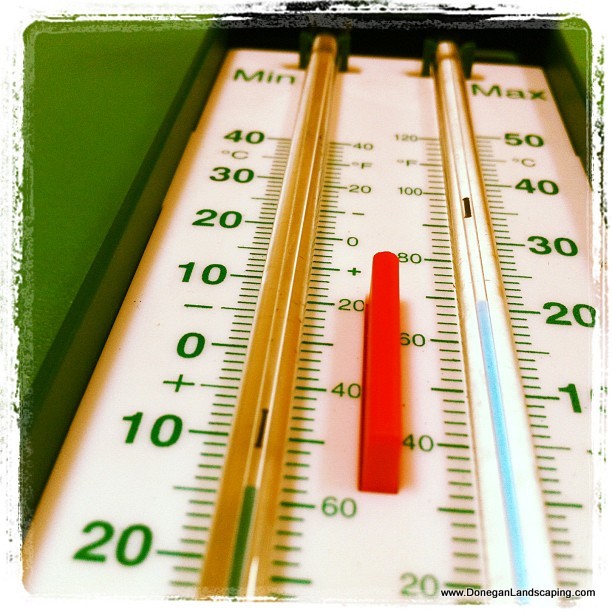 Better known as the maximum minimum thermometer, my first, a now defunct mercury version was purchased some 20 years ago. And though I’ve only ever owned two of these in my life, alas, I’ve had to buy a new one. It’s very old school. But I like that, old school. Like the day I bought Loaded by The Velvet Underground. On vinyl.

Back on planet earth, Sweet Jane still humming in my ears…. I’ve written about James Six’s 1782 invention here before for other reasons, but it is such a legendary piece of equipment for any plants person or parent. So good, when wee Ella first went down to her own room at around 3 months of age, I placed it on her bedroom wall. Smart Dad ? I thought so.

In Short What Does A Max Min Thermometer Do ?

It records, lets say overnight, the lowest and highest temperatures simultaneously, whilst at the same time telling you the current temperature.

How The Flip Does It Manage That ?