Tag Archive for: My Ireland 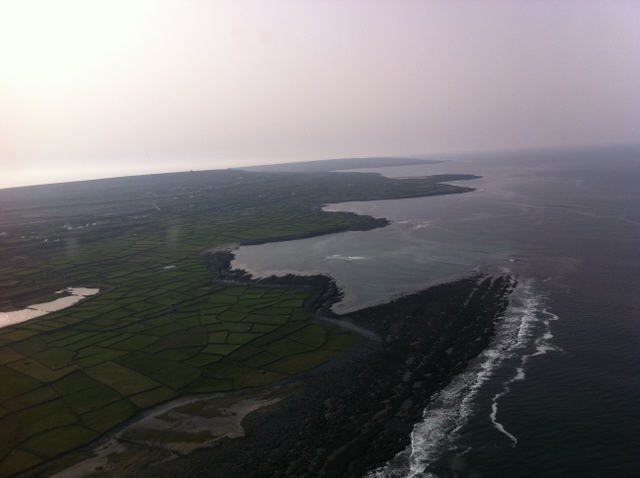 I had heard that todays moon was supposed to be the brightest for a long time. So on Sunday night [today as I write] when my good friend Philip text me to come down and look at some stars.I did.

What resulted was nothing short of, for me, quite phenomenol. 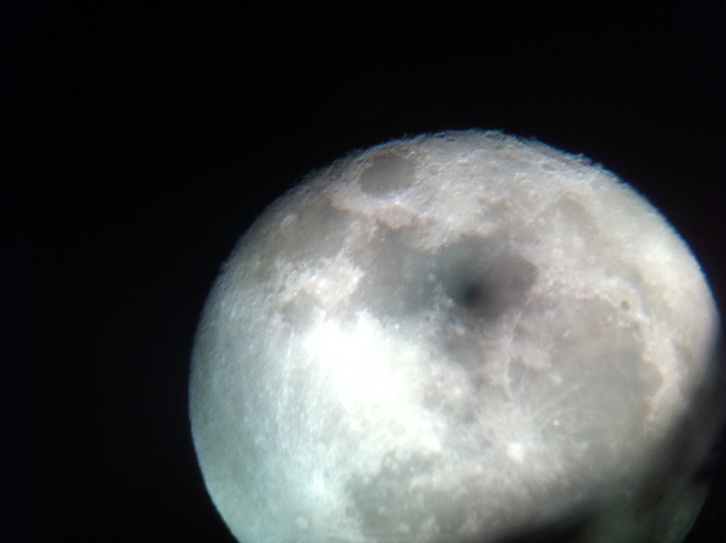 The above image was taken with my iPhone4 through Philips telescope, a Nexstar 11. I also asked Philip about the brightest moon, [in the second audio piece] what is actually known as super perigee.

For the sake of the blog post, his is what the moon looked like last night, normal view. 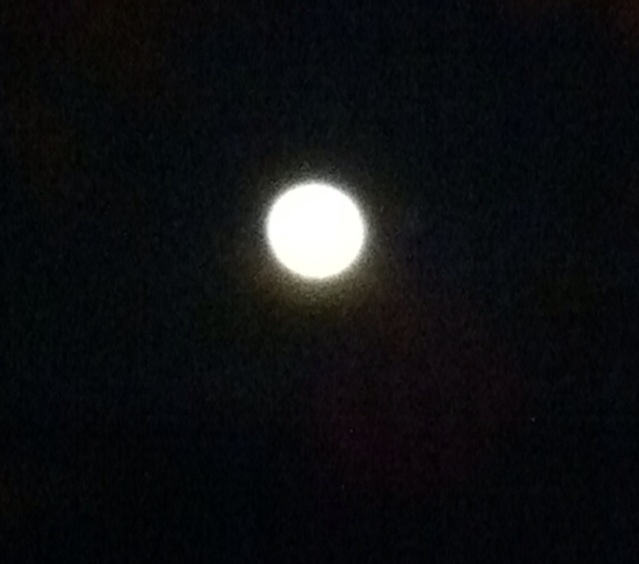 The audio, images and video went out on real time on twitter, audioboo and youtube as we found the various stars we didn’t expect to see. This second audio piece is very different from the intended, first audio.

We delved and adjusted a little deeper and found this to be the best image of the moons surface. 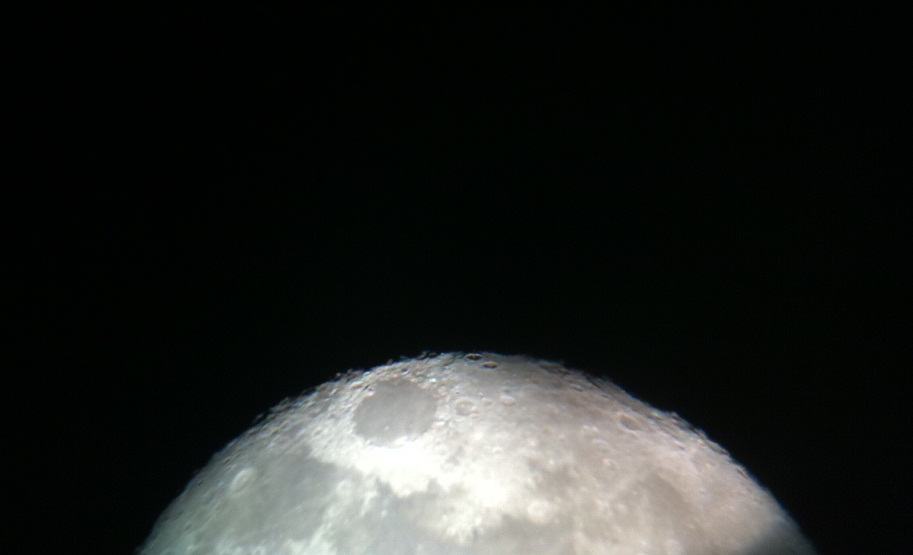 But for the craic, Philip decided to see if we could find Saturn. Considering what we had to hand, the images aren’t world class by any means… but then I’d never seen saturn or the moon with my own two eyes before. 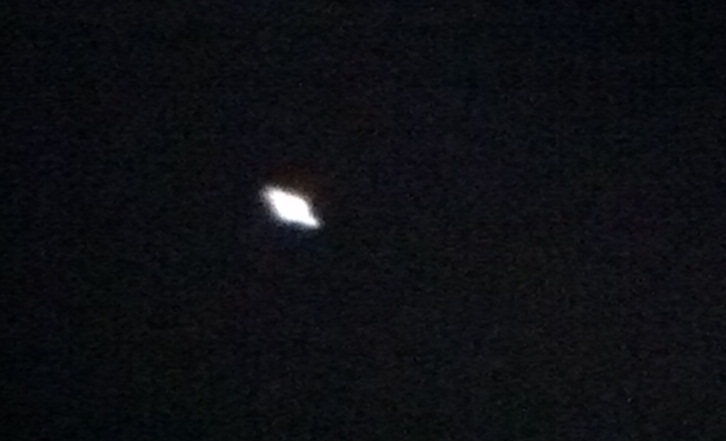 We did record it on video, it’s not the greatest but what can I say… it’s not half bad either.

I felt a little audio was necessary to close and just to explain what to me is something very, very new. But also something extremely interesting.

This is the equipment we used.The red box [image 2] can be programmed to automatically track a particular star, planet or cluster and is about the size of a remote control for a tv. It’s in red [like a photograpgy darkroom] so as not to affect your night vision. 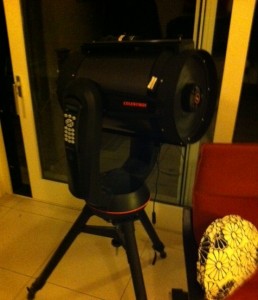 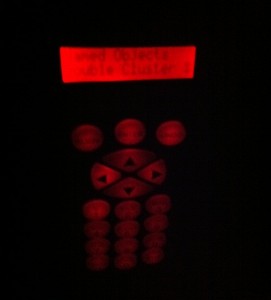 Interested and want to find out more. Already into astronomy and know were one can find out more, just leave a comment below. Big thanks to Phil. We had some tea and jam scones after 😉

Why is this on my garden blog ? In short, any body who stands in a garden, in the great outdoors that late at night deserves… well… there you go… 😉 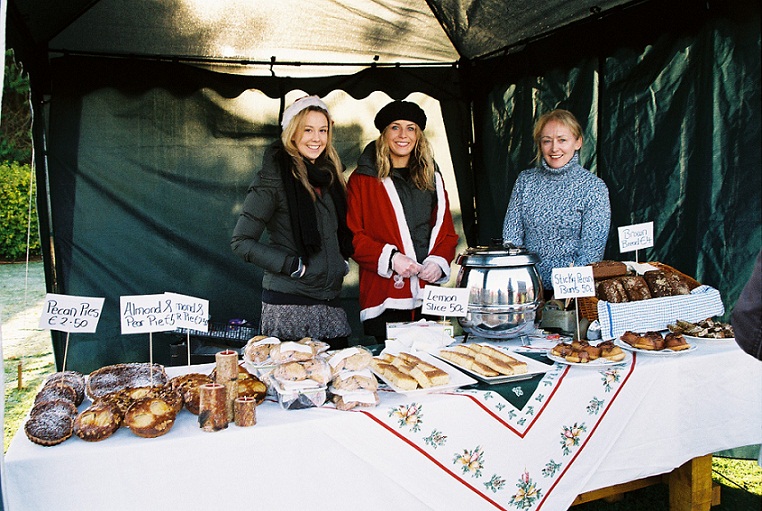 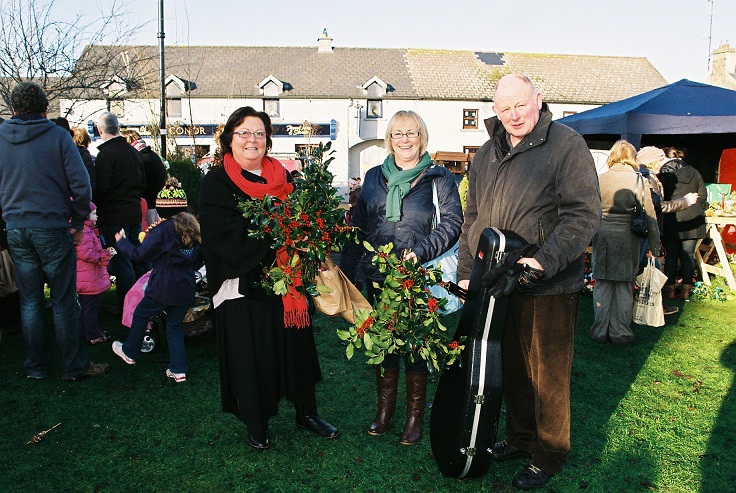 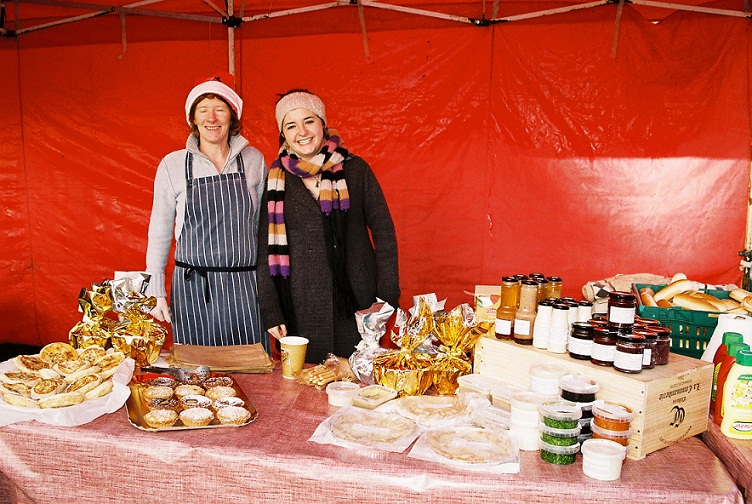 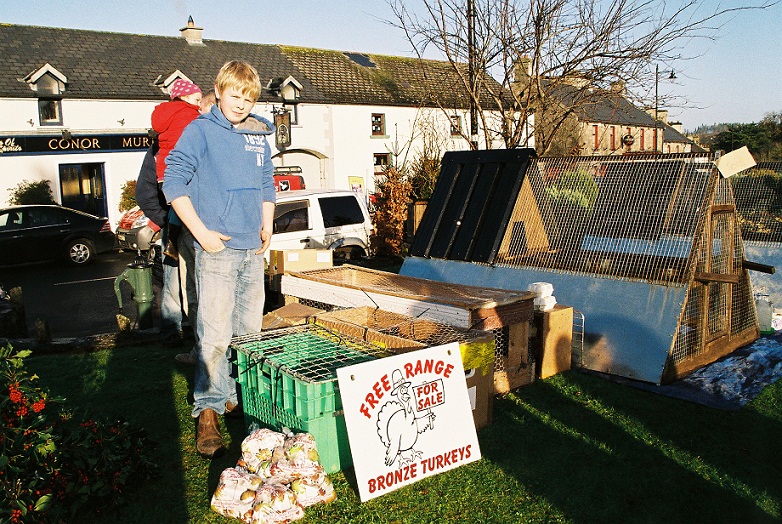 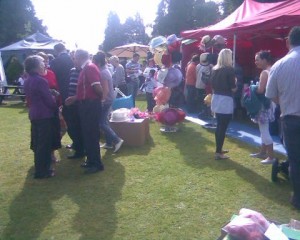 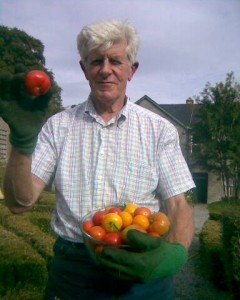 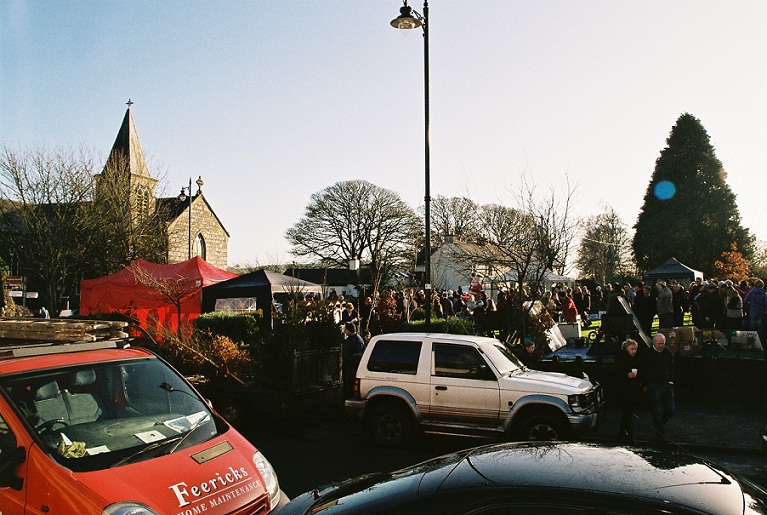 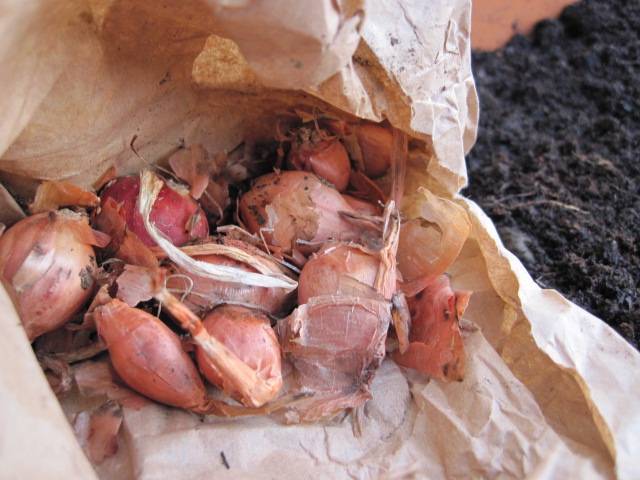 On Sunday I arrived back to find a little parcel of onion sets – and some garlic sets – both of the same family [allium] anyway, had been dropped at my door.

I’ve spoke here about onions and garlic before, but for me its massively important as it marks the start of the growing and planting season. Some say that

I say take this advice at your very own peril. If, you wish to have some produce within the next couple of weeks then now – as versus in hindsight is the time to start spending 20 minutes or so in the great outdoors.

And you really can’t get anything simpler to start with. I’ve planted mine in large window boxes and tubs and dropped them at the back door of my house. 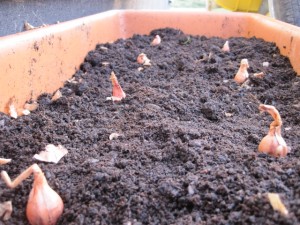 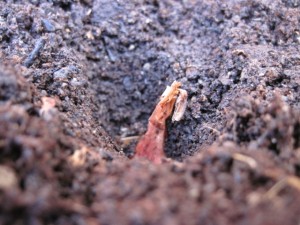 And now all you have to do is wait…. 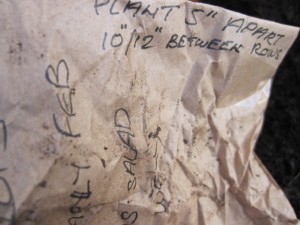 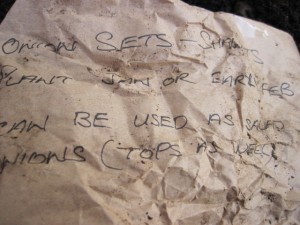 Why did I plant mine in pots ? Honestly, most people I know do it this way because they haven’t and aren’t going to turn their entire gardens to allotments and become farmers. If you only want to spend 20 minutes in the garden then this should be right up your street.

Remember about 10 should be enough for a large window box. 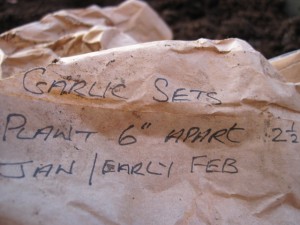 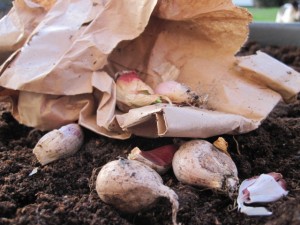 Like I said above, the same rules apply for garlic. And they are, in very simple terms, just sisters from the same family. 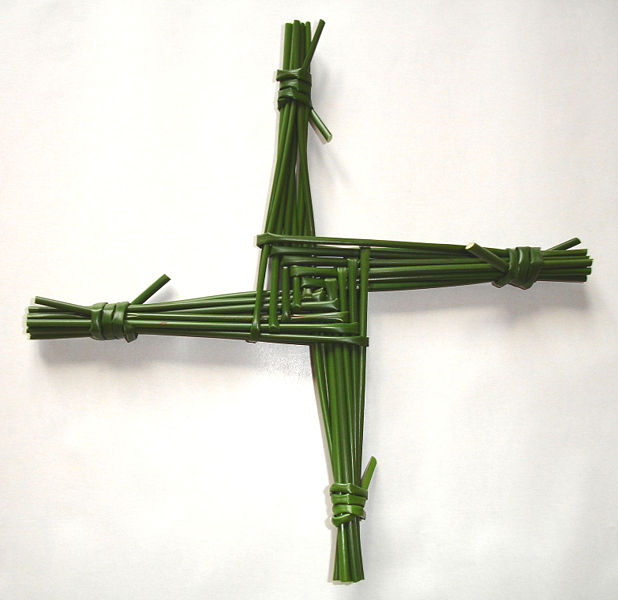 A phone call came to me this morning from Mary a good friend and coincidentally my very first client.

We’re supposed to be making St Brigids Crosses with the children on Sunday and we simply can’t find a supply of rushes. We have a lady who will be showing the children how to… but we just have no rushes to make them with…

Religious or not, knowing how to make a St Brigids Cross is, to me a definitive I was born pre 1980 therefore I am Irish [that makes me smile] type statement 😉 One friend I spoke to told me…..

knowing what the St. Brigids cross is, is like knowing what Atlantic 252 was… at least it was for me in 80’s Ireland anyways

Without dwelling on it too much….  It is suggested the frost has had an adverse affect on stocks. For now Mary needs our help.

Any information, help or suggestions [anything at all] ?

I got this email in from Mary

Sunday went very well. Our PP blessed the crosses made from pipecleaners and the older folks nearly killed each other to get at them. The younger children were happy to try
and make their own with the art straws I had. 45 gone in about 2 minutes! We had just four proper crosses made with the few reeds we had and we decorated the altar with those.