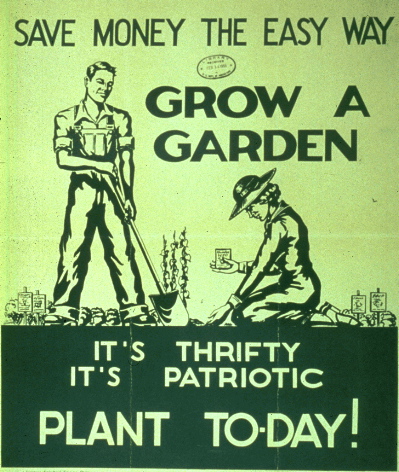 I have heard too many people for far too much of the what can only now be described as the grow your own pandemic use the cliché:

Grow Your Own and Save Yourself Money

The question is, does it ? Does growing your own vegetables actually save you money ?

A quick glance between Superquinn’s prices [correct as of 05/01/12] and what potato seed and onion sets [2011 prices] cost make me wish to mildly scratch my head, a lot.

I and you can figure the maths out on an abacus. 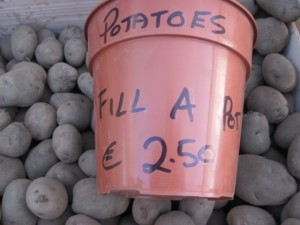 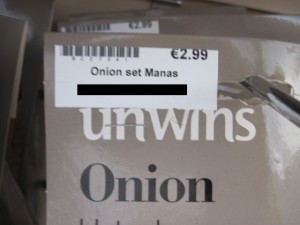 note: All prices from supermarket websites were taken January 5th 2012 and show their normal prices before and after discount. To the potatoes alone, I know I was able to buy 10kg for €2.49 in Dunnes Stores up until recent. 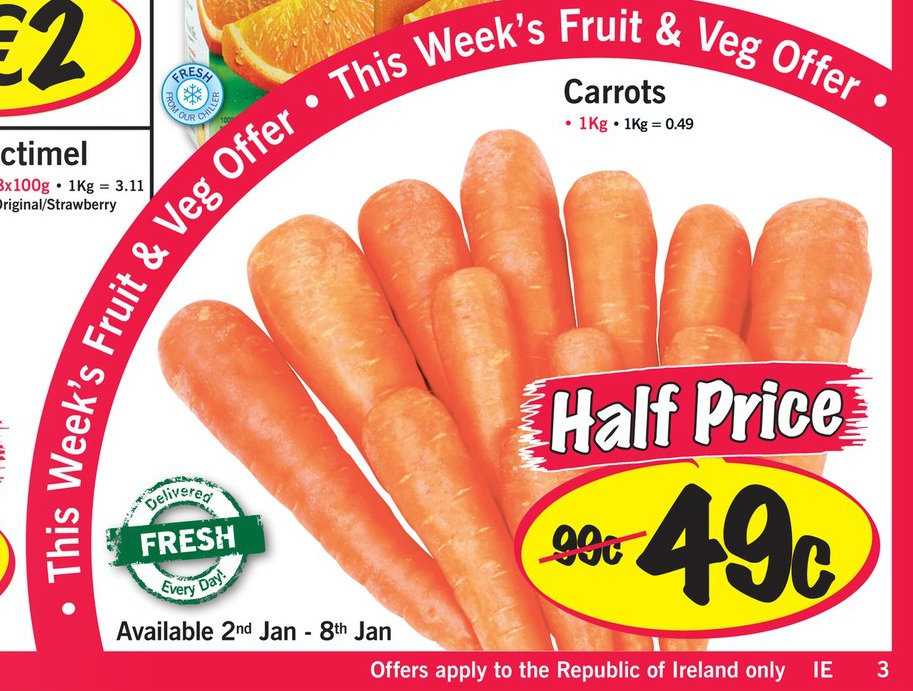 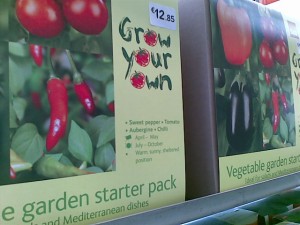 I had noted the B and Q grow your own kits way back in 2009. But it seem how we grow our own has evolved so much more, or at the very least the range of products available to you to do so has. 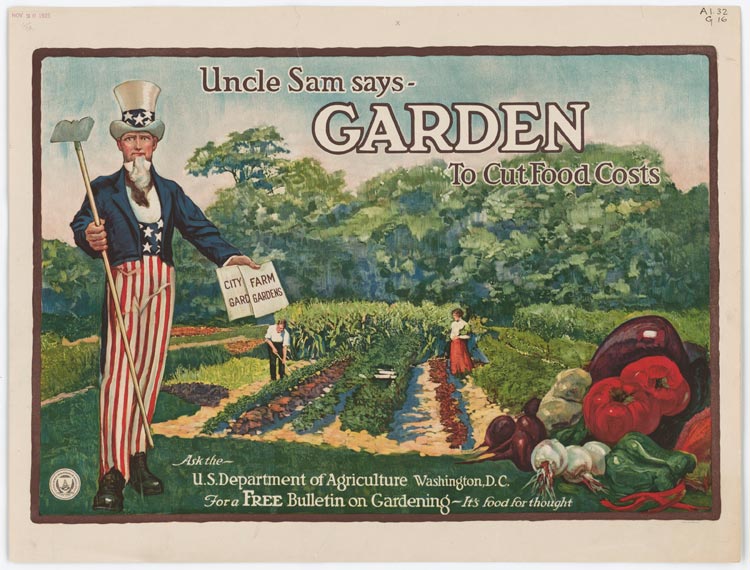 If we trail all the way back to 1917, the cliché may make a little more sense. Here it’s slightly more honest in todays relevance and notes ‘to cut food costs’. That however was a time long before compost at €4-7 per bag ever existed.

I spoke before about the gentleman I witnessed in the hardware superstore buying organic compost with miraculous powers [4 bags @ 6 euro each] one pot [15 euro] and non-organic seed potatoes [6 euro]. Throw in some raised vegetable beds instead if you should like – and you possibly have the most expensive spuds per kg in the country.

Back to the original question. Can growing your own save you money ? Personally, I believe it depends on how you [in this case] grow your own. 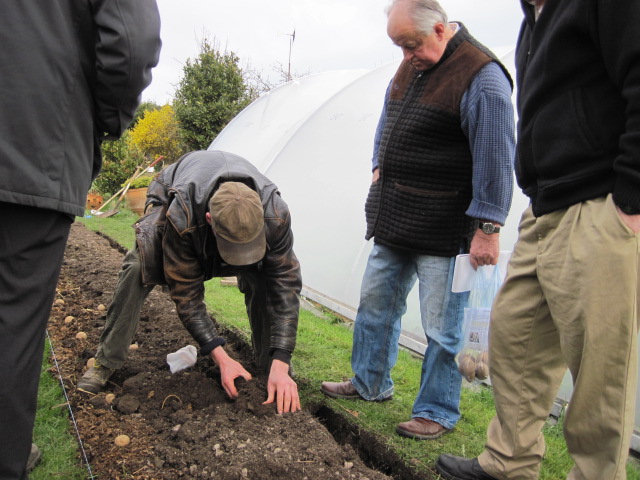 There is a bigger picture in all of this. And if like camping in 1980’s Ireland and Britain and its recent revival, the trend is to continue I believe the PR firms need to go back to the drawing board and come up with a new slogan.

Maybe it’s just that as a 6 year old in Ireland in 1982 I chose to spend my pocket money on garden sieves as versus growing mediums, at a time when gardening wasn’t very popular and I was cutting grass to supplement my hobby – how times haven’t changed.

But from then til now aged 35 – I don’t believe my personal life outdoors [to an extent] and gardening has ever been about how much it cost me to enjoy my passion. It was more about who I spent the time with and in a different context, in my working life, what had or can be been achieved. Most of the time however it’s simply because I love what I do – and equally as important – I get to smile doing it. 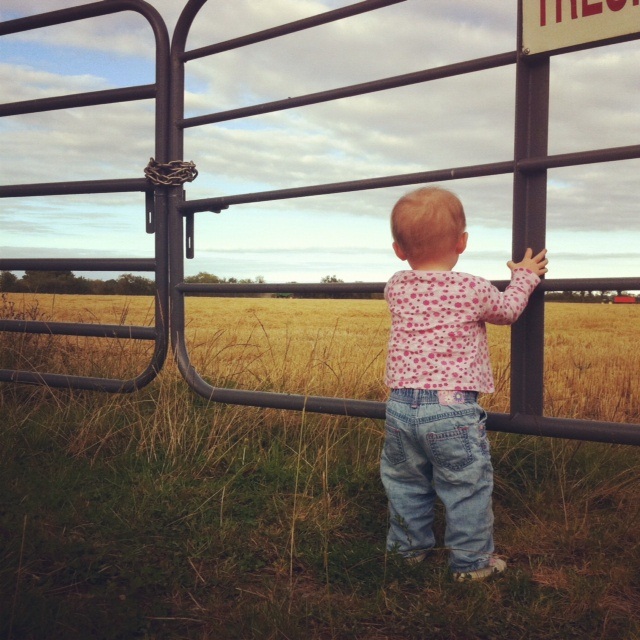 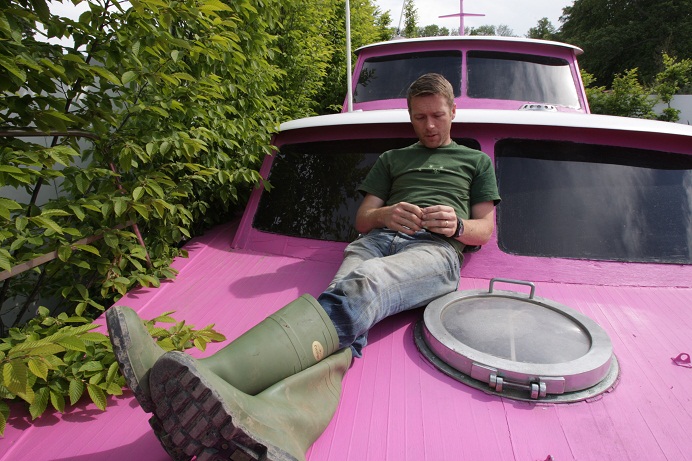 I get asked a lot of garden related questions. Some, some may agree with, some there may just be a better way of doing it. I don’t mind that in so far as I know I will give my best at that time. I am also aware that some of my advice/ answers are starting to become patterns in that others are experiencing the same or similar problems, so this on the other hand is a little of a time saver for me. With that in mind and also that it may creat discussion I have decided to publish them. It won’t or may be a weekly thing. Just whenever there are enough to make it a post. I’ll even try and date them from now on.

These are just some that I could find to hand that I’ve replied to since Sunday.

I was just browsing your website and was admiring your work. I was interested in the trees you have planted in the image 63 of 140 in the image gallery. What type are they, betula utilis jacquemontii?
…… However, what safe distance from a 100mm solid block garden wall do you think is ok for the type of tree that you used.
I would have a distance of up to 900mm to the centre of the trunk from the wall.
I hope you don’t mind this random request for advice as a lot of advice on the internet is very conflicting.

To this I replied:

thanks for the compliment. The trees in question are indeed Betula utilis ‘Jacquemontii’. Very well spotted.
My opinion on the distance is a firm no, in short. It can be done and might work out fine. I can also understand the varying answers, but without even seeing the garden or foundations for the wall – its the distance and the eventual height the tree wants to grow…. it seems to me a mild case of keeping a tiger in a back garden – as versus a poodle. I know, a very bad analogy, but you get my point. More than that it is a very tasty choice in tree and one that comes with a price tag to match. If the question be would I invest my money, to put it into a space [distance] of that you have described – then the answer would be no.
Re the internet, you are 110% correct re the conflicting advice.
But then my grandmother did grow a lemon tree from a pip in what I can only describe as the windiest courtyard walled in on all four sides on dublins southside. According to the rule books, that should not happen. 🙂
No problem re the random request.

I got this response:

Thank you very much for your prompt response. Says a lot about how you view your business.
Anyhow. I will take your good advice, although the wall is new and I witnessed the foundations being poured. They are over 300mm wide and deep. Would be planting between granite slabs and I know the roots of these trees can be shallow too.
Pity, as they are a very tasty tree, as you said.

speaking as Peter… I’d love to see you not take my advice simply just to see a beaut like that planted.
Some will say its fine. Some wont. But, if I am being asked in writing [*coughs so it sound all very official] then I’d have to say no. And in writing I’d be correct.
I do agree though, shame.
On a seperate note: doing a garden recentlty and a clients son asked why I followed Arsenal. In a similar light, absolutely stunning, beautiful to watch but…. 🙂
Have a great day and sorry for the fact that you aren’t going ahead.

Hi Peter apparently a very old flower!! But we don’t know the name! Any idea? Cheers 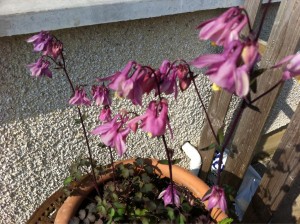 last december i got a pine tree, i coulnt plant it due to snow and frozen ground, the pine was in the same pot as i bought her in till march gone,  i noticed a couple of the branches turning brown, and i figured its about time i plant the pine, so i did, and well watered it and gave the pine some tree food, and watered her every day, the last few weeks she is turning completely brown except for the inner middle, have u any suggestions as to what i can, can she be saved.

is there any chance of a few photgraphs. also i wonder if this recent spell of warm weather had brought on some buds. my own weeping ash has only started producing hers in the last week or so. Been a tough 18 months for the poor fellows.

Thanks for your reply, I have attached some photos, you will be able to see that the inside is staying green, which gives me hope, have you any suggestions.

[note: I cannot locate the images but suffice to say it was entirely brown]

I dont know if I’ve replied to this – but you are still in my inbox. this is the second time – would you believe to answer almost the exact same question. And sorry for the delay but the sun shine was keeping me quite busy 🙂
So here’s what I said and the exact same story applies to you too…..
In short, the tree may come back and there may as it seems be signs of life within. The key would be to remove all dead wood – or wood that is brown the entire way through. If you are unsure simply cut back until you hit a point of where the wood will not snap as versus bend and also there should be some signs of sap or green within. The tree may look disastrous after as a result but – the tree shouldn’t be trying to put energy into what is dead wood.
The reality is that the trees have simply had a double bad beating of the minus celcius elements over the last 18 months and some have simply suffered badly or just passed on. Would I fertilise ? No.
This is, based on the images the best advice I can give having I suppose not really seen the tree in person. that said, based on what you’ve told me I’m not far off the mark.

If any more come in and are answered between now and Saturday night. I’ll update the post and simply pop them in here.

I was asked about my thoughts on growing seeds and what compost type one should buy last week.

I have written many times on why I prefer were possible to sow my seeds, in particular when growing my own food stuffs as compost-less as possible. Whilst it is great to see the growing at home movement very much en vogue… I hope the big [logic] picture isn’t left behind.

This video summises my thoughts on the logic of this posts title quite well. 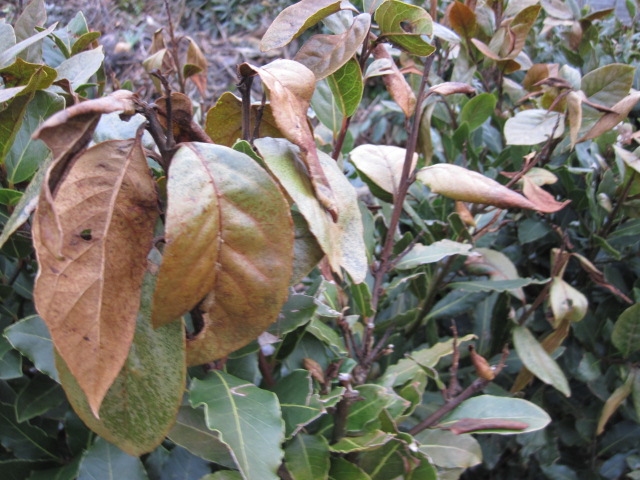 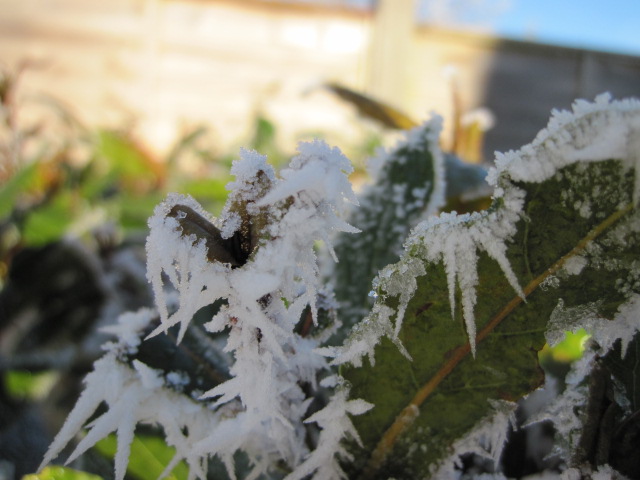