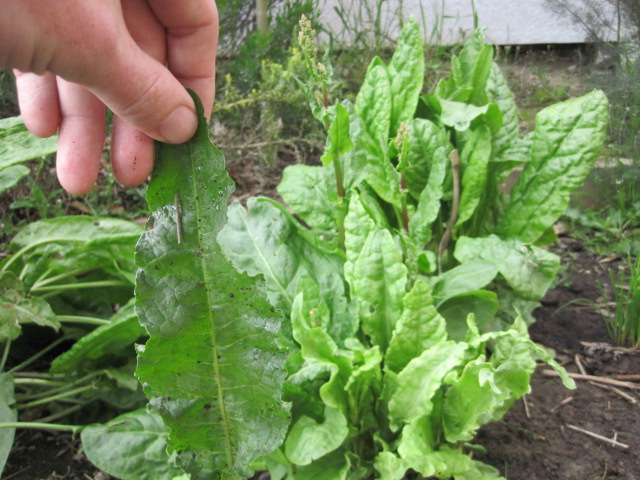 Not to be confused with the common dock, also Rumex, which may cause mild stomach upset if ingested.

To the sorrel, I simply love it. It is one of the greatest plants I have ever invested money in. And one of the easiest plants one could ever grow in terms of culinary and kitchen salad plants.It also just keeps coming up year after year and all you have to do is pull its leaves off and eat them.

I didn’t grow these ones from seed, although I have sown some recently. I just bought them as established plants. Recommended propagation is suggested by root division [yeah right….] and and there really isn’t a whole lot to it after that.

My advice buy three of them. Once planted they are there for life. Extremely resiliant, tough and well able for the Irish weather.

They are great for salads and although it is recommended for soups I have never used it for that. I like to grab a big handful of the stuff, stems included, fine chop it and toss it in with whatever else is available in the garden. That said my good photographer friend Tommy Lehane tells me that sorrel soup is made as follows

There is no point, in this case, in me talking about it being of polygonaceae etc… as the Rumex is a genus of about 200 species and all we are interested in, really, in this case, is the common sorrel. 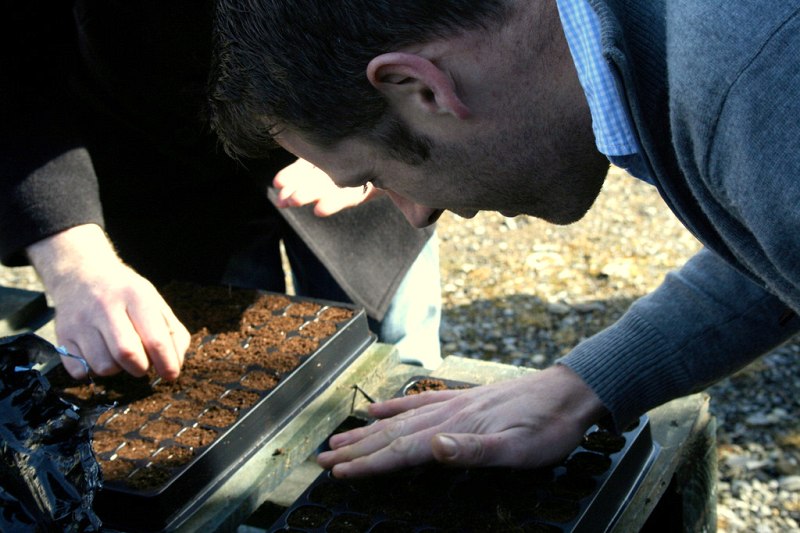 It was a weekend ago that I decided to do the grow your own gardening course. And whilst the weather turned good I had to wait ’til now to do my synopsis of it. 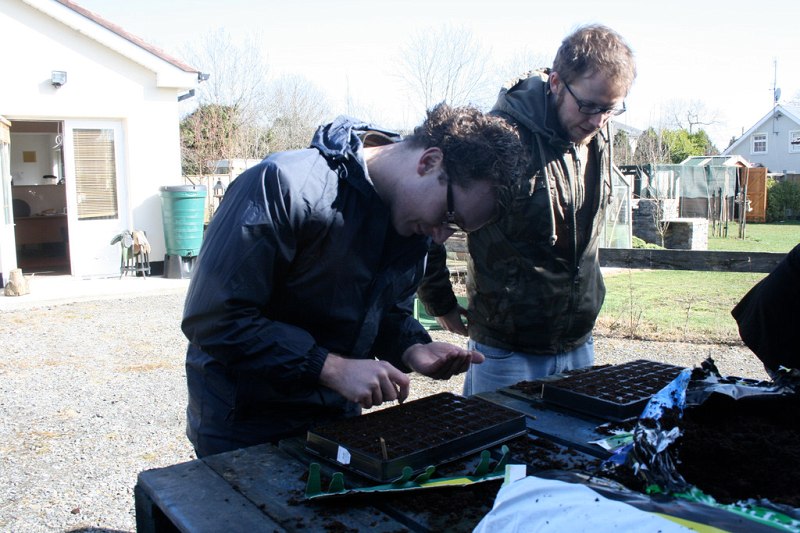 The attendees in this case were 75% [approximate] apartment dwellers/ balcony owners. the other 25% only wished to garden that same amount of space [unless Nick came up with a great idea 😉 ]. Of course, if everyone had allotments/ waned to garden a larger space – parsley *and parsnip would have been covered. In this case a logic decision to skip most of the root crops was taken…. think rotovator and balcony!

I covered all that I intended and felt was needed from sowing seeds – what, which and why to watering. Onto potatoes, onions, sets growing in window boxes and to plants in a small space such as herbs and the pruning, growing and selecting of so that they could be kept there. I could beat on but Louise really does summise it very well.

From an alternate perspective. Did the €60 cover charge multiplied by 7 people make it worth my while to do so. No. Not on your nelly. The reason why? We did demonstrations and all of the products [one each of everything] used were taken away. I knew to make money, how I should do it and a comment on the garden blog confirms that.  That and the twitter message. No offence Geoff mate 😉 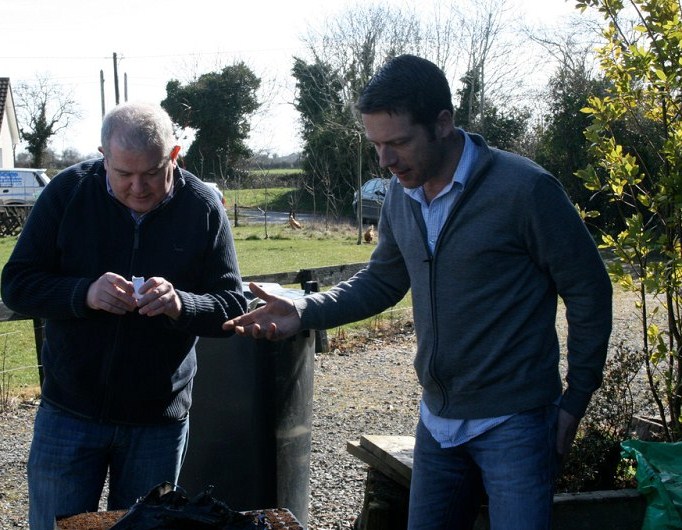 Try it yourself. Go into a garden centre, pick up some seed potatoes, onion sets, 2/3 window boxes, some pots, compost and seeds and see how much it costs…. growing your own can be cheap… when you know how 😉 If I’m to talk however on garden design with zero overheads…. Ye know yourself. Moving on….

The flip side of that however is something very different. Did I enjoy it ? More than you realise. I really am so pleased that such a nice group of people collated so I could talk about something  I love so much.

I know that doesn’t pay the bills. It doesn’t even cover the time spent baking and collecting the products we did use. And yes if I wish to do it again and again I need to refine. But then I knew that already. It was always to be a trial. A way of noting and timing. Perfecting one could say. Perfecting for those those who do attend.

Now I’m just wondering if there’s another 9 or 10 people who’d be interested…. While I brew on that… I’ll go water my own seeds. 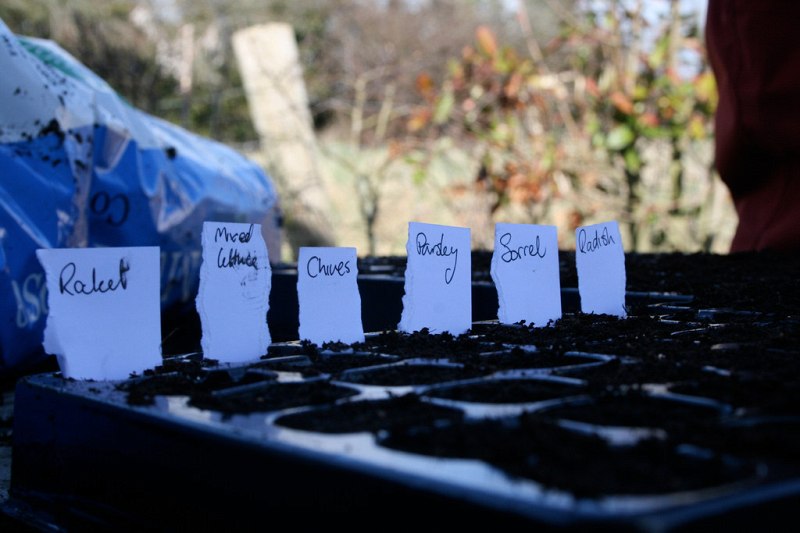 note: it was Jason’s idea that I did this in the first place. Thanks mate. I also borrowed some of his images for this post. 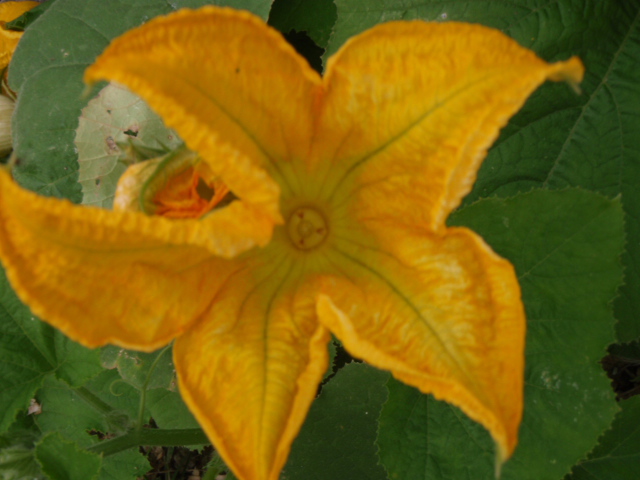 i tried the ‘going green’ with the veggie grow gig, the herbs and all the other green stuff. It takes time. I needed something to impress the in or out-laws and fast! I’m Peter Pumpkin eater… the walls of the house and my car are supposed to be green… I’ll be ready for them all next year?!!

The reality is some things are easier to grow than others. So I’ve devised my own list of what actually can be categorised as ‘no brainer’. To this I mean: plant it – lose interest – no uber special treatment – it survives!

I’m not saying you’ll have finest fruit in Ireland, what I am saying is if you don’t have time everyday or even every weekend to be in the potting shed – then here’s my suggestion on what won’t die overnight… [you get my drift!]

The easy green category has to start with fruit – the herbs- then veg… and yes, I know I should be stating ‘biblicly how to precisely’ – but lets be honest… if you’ve tried that and got no thanks at all….? then here’s the how to impress the in-laws list! I wont give too long a list – but if you want to give it a bash – here’s where you pretty much can’t go wrong. If it does – dont worry [I’m here] just try again.

one for the kiddies 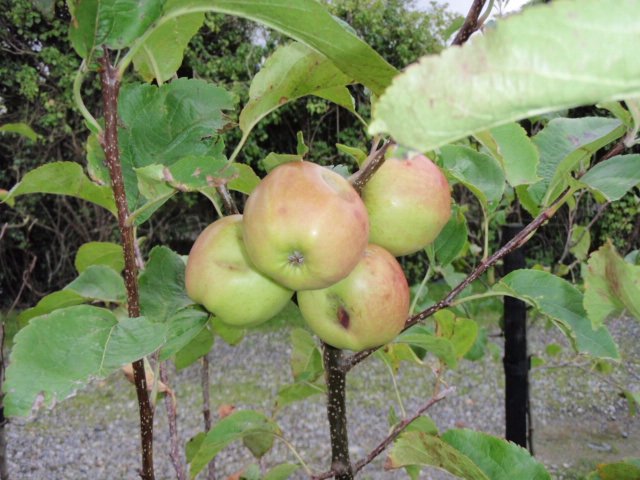 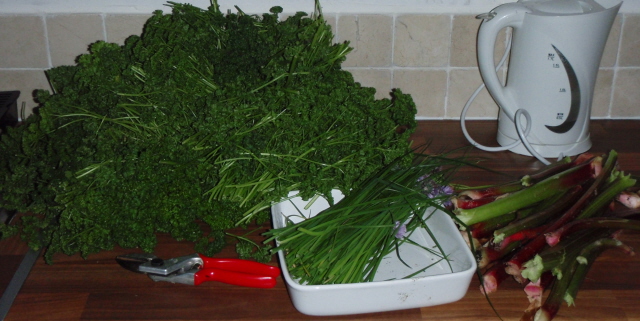 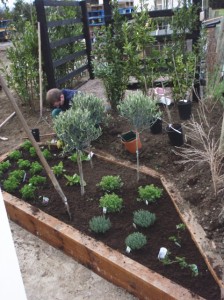 a herb is defined as both an aromatic plant that is used for flavouring in cookery & medicine and a seed-bearing plant whose parts above the ground die back a the end of the growing season.

A wise investment for a carbon conscious chap like myself.Thanks Mother Nature for delightful frightful Irish weather I don’t even have to use my harvested rainwater! have a great weekend – and as always enjoy!