I got a call last week from Conor. He was doing this article on Grow Your Own and asked for some thoughts.

To the pieces I know that I have written that may refer to my quotes below. 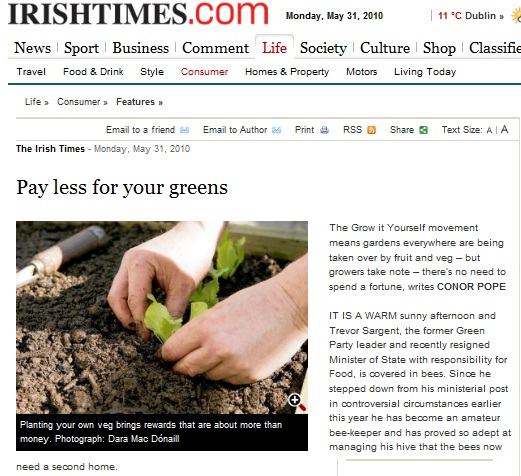 Grow your own kits cheaper than B and Q. I think it’s a logic alternate piece. There are many products I have reviewed that I purchased from b&q. This just happened to be one I thought was a bit not for me.

This is one post on which compost to buy. If of course one wishes to buy miracle grow compost, which comes with a feed in it, plant in your bedding plants – which have a feed in them and then purchase a liquid or granular feed…

The ultimate guide to chickens. There are hen houses out there that do cost more than others. But if I see one more person tell me that my hens know by instinct to not eat my lettuce, radishes and prize roses will eat weeds and that grow your own hens will save me money…. i’ll implode. €1500 plus is a lot of eggs.

And as a buy the way I also did a talk, quite recently, for one of GIY groups.

The pieces I point out above are just some. There are many others in there. You may have to search within the blog. My comments are in bold below but I do recommend you read the entire original Pricewatch article by Conor Pope.

Pay Less For Your Greens

The Grow it Yourself movement means gardens everywhere are being taken over by fruit and veg – but growers take note – there’s no need to spend a fortune, writes CONOR POPE

IT IS A WARM sunny afternoon and Trevor Sargent, the former Green Party leader and recently resigned Minister of State with responsibility for Food, is covered in bees. Since he stepped down from his ministerial post in controversial circumstances earlier this year he has become an amateur bee-keeper and has proved so adept at managing his hive that the bees now need a second home.

He is in the process of relocating some of them when Pricewatch interrupts him to talk gardening.

Along with the bees, Sargent has a kitchen garden which has grown rapidly in the last two years. While it is hardly a surprise to learn of this ardent Green’s green fingers, the amount of fruit and vegetables he is cultivating on his small plot of land – no bigger than 7 by 13 metres – is quite remarkable.

This year he has potatoes, onions, leeks, shallots, garlic, beets, chard, kale, cabbage, four types of beans, lettuces, radishes, apples, blackcurrants, plums and a cornucopia of other fruits and vegetables growing in his patch. It has even been floodlit and laid with concrete paths to allow him to garden day and night and in good weather and bad.

For Sargent the motivation is not about saving money but about “appreciating what goes into making the food that appears on our supermarket shelves and understanding the difficulties our growers face. I don’t know how I’d measure the financial cost of the hours I spend in the garden in the middle of the night but it is cheaper than a psychotherapist and keeps me sane. I find the weeding relaxing and something of a therapy after the frustrations of politics,” he says.

Sargent is part of a growing army of Grow It Yourself (GIY) advocates in Ireland and as the movement grows so does the amount of cash we spend on herb, fruit and vegetable plants. It has increased by 40 per cent over the last eight years. The estimated spend on such plants in the gardening year between April 2009 and March 2010 was around €14 million. Spending on sheds, glasshouses growing tunnels and the like increased by 38 per cent to €58 million from 2007 to 2010.

Not wanting to be left out, Pricewatch hopped on the bandwagon earlier this year and we planted our own potatoes in a barrel. In keeping with a long-standing Irish tradition, the planting took place on St Patrick’s Day. Incidentally, this tradition first took root because in the 19th century, the Catholic Church distrusted potatoes because there was no mention of them in the Bible and they grew underground so were obviously closer to the devil. Not wanting to incur the wrath of God or the priest, the peasants sowed their spuds on holy days and sprinkled them with holy water, for all the good it did.

Our seed potatoes cost less then a fiver, the bag in which they are growing cost the same, the compost was another tenner which takes the total cost of bringing our crop to table at around €20. We could, in fact, buy considerably more potatoes for that sum than we’re likely to get, but to look at it from a purely money-saving perspective is to miss the point, says radio and TV presenter and ardent grow your own enthusiast, Ella McSweeney.

“You’re not going to save money in the first year but if you set yourself up properly it is conceivable that you will ultimately cut your costs by growing your own vegetables,” she says. She cautions newbies like us against rushing out and buying all the gear needed to set up a full-scale kitchen garden on day one.

“The more you spend the higher your expectations and the more likely you are to feel like you have failed if things don’t go right from the start.”

She advises people to start with the easy things – lettuce, radishes – and points out that the key is to grow the things that you like eating. The other key is the soil. “If you get your soil right then everything will happen but if you get it wrong then it will be a lot of frustration.” She says people can source well-rotted manure from farms and stables for free or half nothing.

All might not be rosy in the GIY garden, however. Peter Donegan has a landscaping business in north Co Dublin and writes an engaging blog on all things gardening. While he is 100 per cent supportive of people who decide to grow their own vegetables, he expresses grave concern at the rampant commercialisation of the sector and wonders why many of the GIY advocates, those with the loudest voices, are not warning people against spending big money on fertilisers and kits which are entirely unnecessary and ridiculously overpriced.

He cites the example of a grow your own kit which sells in B&Q for €6.99. “For that you get three small pots, three handfuls of compost and a couple of seeds. Given the fact that a couple of handfuls of compost cost virtually nothing – five cent tops – and you can buy 1,000 seeds for no more than €4 and use jam jars as pots, the total cost of a DIY kit could be no more than 10 cent.”

Donegan points out that there are scores of companies trying to cash in on the grow your own movement by selling bags of supposedly enriched fertiliser at sky-high prices, chicken runs for €1,500 and glass houses for even more again.

“Gardening as I knew it when I was five years old was compost-less. It was a handful of muck, sieved and at the back of it all just good craic. But now there is so much claptrap paraphernalia out there now that people are being conned into buying and no-one seems to be shouting stop.”

While McSweeney agrees that we don’t need to be spending much on getting off the ground, she does look beyond the finances and says growing your own gives you “an enormous amount of respect for what you buy in the shops and it gives you a huge insight into what it takes to grow crops. You learn all the time and it is possibly the most satisfying thing of all.”

For his part, Sargent is critical of the “purist approach” supermarkets adopt to vegetables. “Their insistence on vegetables conforming to a standard size for example leads to a huge amount of waste.” He also bemoans the fact that a lot of the stuff cannot be bought from Irish growers in Irish shops. Only 15 per cent of the onions sold in Ireland are actually grown here so if you want to be sure of eating Irish onions your best bet is to grow them.

A lot of vegetables which can and are grown in Ireland never make it on to supermarket shelves because the big retailers and wholesalers prefer to deal with international suppliers who can guarantee a constant year-round flow of information so while scallions grow handily enough in Ireland, the big boys prefer to ship it in from Mexico where they are produced for a pittance by workers paid peanuts. “Wholesalers would have to shift their gaze to smaller Irish producers,” says Sargent. “But they seem reluctant to do that but it is what is going to have to happen at some point if we are ultimately to have food security.”﻿

It’s been a long while since I did 10 Green Questions and I was honoured when Morgan Jones gave me a call mid week to meet up….

I needed something to make me smile and I could not have asked for more….

More details over on culch.ie 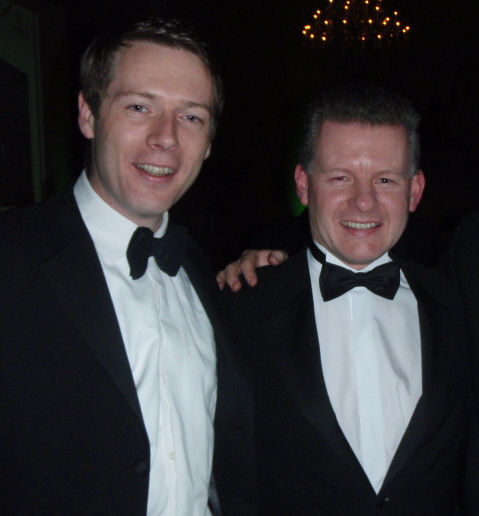 I got this in the post yesterday from Green Party Mininster of State Trevor Sargent. It was a little bit of a surprise to be very honest, but a most appreciated and very welcome one.

After Bloom I sent out a postcard to [the so very many who deserved a massive] say thank you. Trevor received one. Credit where it’s due, he also stopped by the garden during Bloom; lives not to far away from me and as you can gather from this photograph, we’ve know each other a while now –

For those of you who had the same trouble, I’ve translated below! [well, if you’re going to call it a hippopotamus…?!]

I was to see that big pink hippopotamus of a boat at the electric picnic. It fitted right in just like the family of topiary elephants. See you soon. P.S. Thanks for your card! Le meas glas 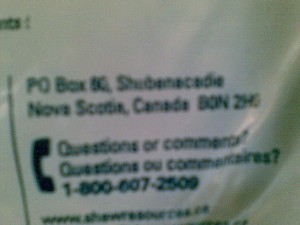 I recently got the wood chip pellet boiler installed with thanks to the [Atfar Construction team – again!]. To my amazement I could buy wood chip pellets as easy as a bag of coal. Thats good… ??

Well, you might think so. How I heat my office is another post but for those who dont enjoy splitting deceased timber I needed to be more considerate and this seemed the eco green giant choice to suit. That is until I looked at the back of the bag….

For those of you who don’t know I live in Dublin in Ireland… and apologies for my superb phone camera! [ps the woodchips come from Canada].