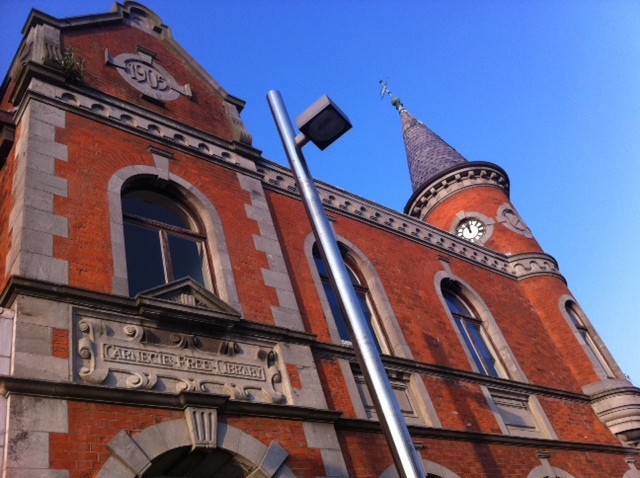 I got an email in from Siobhan Walshe of Fingal Libraries PR Dept letting me know of some great new gardening books that will be coming to the shelves of Fingal’s Libraries quite soon.

Here’s a list of some new and interesting books that will be in the branches in the next couple of weeks:-

They are all well illustrated and none seem too complicated though No 5 is quite detailed.

I found one new book on camping –

I have to give Siobhan credit and I simply love the added camping book…. someone is paying attention to my blog 😉 On a serious note, having learnt from my mistakes – I now buy my gardening books like I add to my vinyl collection. Far too much clap trap out there and I like my books to be investments and archivable reference books for the future.

Also the staff of Fingal libraries are very intelligent people and they don’t choose books with any sort of willy nilly approach. Watch this space…. or just watch Fingal Libraries.

as always you can rss the podcasts via iTunes or direct via audioboo or you subscribe to the blog and listen to them right here.

On a slightly different note… I went for a walk through Ballyboughal on Sunday and met these guys 😆 Great weather for the great outdoors.

Two of the photographs above are of a collection of Sorbus trees that I had in my garden. They are now nothing but a pile of ashes. The sorbus you see are members of the rosaceae or rose family – the most of which are susceptible to a disease known as fireblight.

The first thing I noticed was that the leaves were shrivelled, dead and still clinging to the plant. [These photographs were taken the last week in January btw]. The buds were also dead but still held to the plant. When I checked inside they too were gone. Necrosis had set in and the stems were dying from the top down.

The cause of this is the bacteria Erwinia amylovora spread generally by the wind blowing, insects and rain splash. It is that simple.

The recommended method of control used to be to burn the plant and that was the route I chose. I guess old habits die hard 😉 But some books recommend the pruning of the plant well below where the fireblight can be found. I simply prefer the better safe than sorry route and the chances of it affecting some of the many other Sorbus sp. that are planted in my garden. 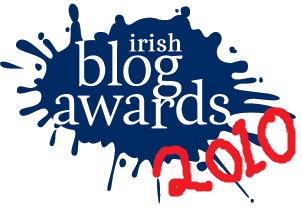 Last year this weblog was nominated for the annual Irish awards.

This year… I think I’d be quite happy just to be mentioned again with the best in the country.

If you do nominate this blog…. all I can say is thanks so very much. I hope you you had as much fun reading as I did writing it. 😉

On a slight side note – last year I was nominated for 2 categories and I didn’t pick which one I thought best for the shortlists…. this year I reckon the best specialist category is probably a more apt description…. ?

Anyhow here’s how you vote…

*disclaimer: the above is not the ‘official’ irish blog awards 2010 logo

I had written some time ago a list of ten things you did not know about me. But recently I was reading the weblog of Eolai Gan Fheile and found he had done 101 which I found so much more interesting…. I realised I should do something a little more indepth.

If you really read all of that, consider seeing a therapist.

For the record there is no significance in the order, and they do not include the things I regard as the most important.