For those who have asked…. Despite the media report [below] I still own my lawnmower. Also, I still use it and didn’t trade it in. I am still a gardener, landscaper, garden designer or anything else that maybe describe one who works with plants.

Nonetheless, The fingal Independent did write this piece this week 😉

HE’S more used to hedgerows than headphones, but now a Fingal gardener has turned over a new leaf on the airwaves.

Award-winning landscaper, Peter Donegan, has traded in his mower for a microphone, fronting a weekly gardening radio show, which has drawn rave reviews.

Indeed, so popular is the ‘ Sod Show’ podcast that it regularly beats off competition from a host of international stations and programmes in the download charts.

Airing live on Dublin City FM every Friday, the Ballyboughal native aims to open up the world of gardening to everyone, mixing expert guests with local enthusiasts and businesses.

‘I’ve been doing the podcast on its own for about a year and the Sod Show has been on radio nearly six months,’ Peter explained.

‘We do it live and then it goes straight to a podcast on iTunes. It’s got a happy vibe and is a feelgood gardening radio show.

‘It’s for people who like the great outdoors. Brian Greene, who has 20 years of radio experience behind him does the sound and audio.

‘We’ve done a couple of good specials. We have Jane Powers on, who writes for the Irish Times, and we had the guy who grew shamrock for Barack Obama.

‘We’re aiming to make gardening and the show a fun place to be and it seems to be working well.’

A glance at the download charts on iTunes certainly emphasises that fact, where the Sod Show’s podcast regularly claims the number one berth in the ‘outdoor’ category.

What’s even more impressive is its standings in the ‘sport and recreation’ section, where it’s pulling in more hits than the likes of gardening shows on BBC Radio 4, BBC Radio Ulster and Sky Sport’s ‘Sunday Supplement’ podcast.

‘It’s phenomenal really,’ Peter reflected. ‘It’s important to recognise the amount of work being done locally in Ballyboughal and it’s nice to be able to get that out on the airwaves.

‘ We’re mixing local guest with nationally and internationally known guests. The show really is open to everyone.’

It’s another chapter in an impressive story for Peter, who celebrates 10 years in business this year and he’s still as busy as ever.

He passed on his knowledge at a number of talks with Fingal Libraries earlier this year and addressed 250 people on the benefits of podcasting at a recent south Dublin event.

And on the gardening front, he spent the weekend demonstrating garden displays in the middle of the city centre, as part of an urban living event in Wolfe Tone Park.

-The Sod Show is broadcast every Friday at 3pm on Dublin City FM. 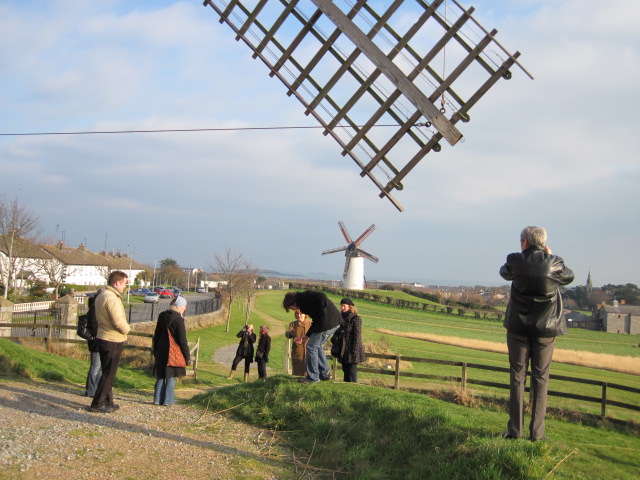 It was always going to be a little chilly but lessons learned from The War Memorial park visit led to a choice of place in january were it was semi in and outdoor.

It was a great day to kick off the garden groups first adventure of the year. Thank you to all who made it possible and to those who came along. It is you who make the great outdoors, for me, even greater.

In particular, from the Irelands Eye garden group trip I learnt very quickly that just because I’ve been there – in no way does it mean I’ve seen it all. Amazing what the varying eye’s and minds pick out 😉 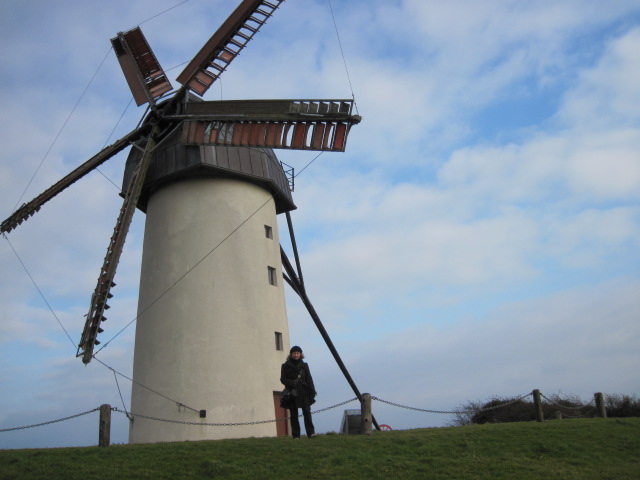 On Sunday[17th May ’09] I took a trip out to my folks home town. I had heard about this new one… but I was unsure. I have this image in my head that there’s a lady who goes out on a Friday, takes a few turnips from the garden, pops ’em into a tweed satchel and pedals from Galway to sell her wares….I jest! But you get the image.. and as a result I’ve been disappointed sometimes for what actually was being sold. It was a market. But not a farmers market entirely. The case in Portmarnock was a lot more to my liking. It’s sill only 6 weeks old – but I liked it. People were happy! The rain was pouring on this particular day, but I really enjoyed it….

What do you do if you wanna give it a go….?
I met André Jenkinson. I had met him before. He runs the one in Portmarnock. He tells me it costs each stall holder €50 per day. He supplies the gazebo. You supply your tables and the rest… One thing to note is a one off insurance that must be held before you start. He says it costs about €250 for the year… but once again a chat with the man is probably best first.

What was Portmarnock like?
I was really impressed. It was lashing out of the heavens [on and off] but it was good. There are some people I must say hello to that I met and who I liked for varying reasons… but mainly their ethos, their products and well, for being nice people.

So hello to Margaret Murphy who had a great selection of plants ; hi to Dan McEvoy who had the flower and herb stall  – these were all grown by his family and also to Jenny  and ‘the man’ who trades as MY CHI – I love your crépes and I love that there is not one additive in your *real* homemade foods. It was delicious by the way.

There is also a guy there who does really *real* coffee. An absolute must. The cakes were adorable, the bread magnificient and the list goes on…. what can you do… pop on down, take a gander, say hello, let me know what you think…. thinking about doing your own – pop on down and have a natter – you’ll love it. 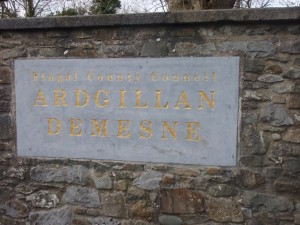 I went to see Ardgillan Demesne; It is a park, a castle [but not a true castle…], a playground, a gardens…  the second Sunday in March. It is by far the finest example of a park I have seen in Ireland to date.

Unlike Malahide Castle – all parts of the ‘demesne’ were open. It is put simply, amazing. I truly love it.

I could list every point of what was great – but – everything was great… except for the weather. Which was great by the time I was leaving. From start to finish including the coffee shop [and the photographs on the walls from Balbriggan Photography Society] was perfect. There wasn’t a hair out of place.

If I could give this park a 6 out of 5 rating I would. Well done to the grounds staff – you really have taken how a park and gardens should be maintained to a new high.