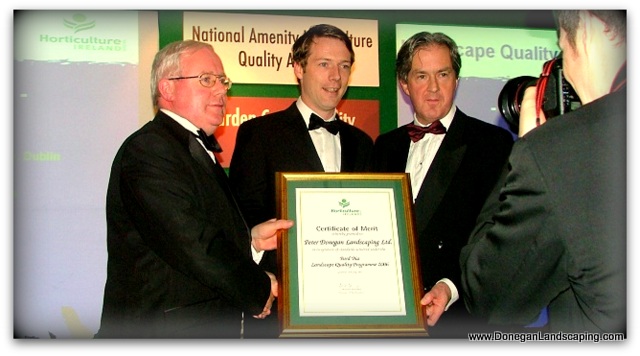 It is in recognition of standards achieved under the Bord Landscape Quality Programme for 2008/2009. This is the second successive year for Peter Donegan Landscaping Ltd to win the landscape quality award.

Donegan Landscaping is one of only eight Irish landscaping companies to win the award this year. The event was held at the Sheraton Athlone Hotel and hosted by Minister of state Trevor Sargeant.

I would like to thank the entire Donegan Landscaping team for all of their hard work of the last 12 months. 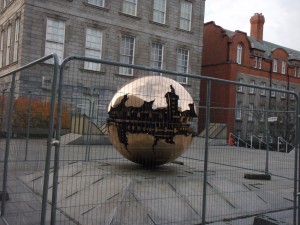 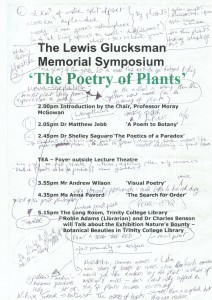 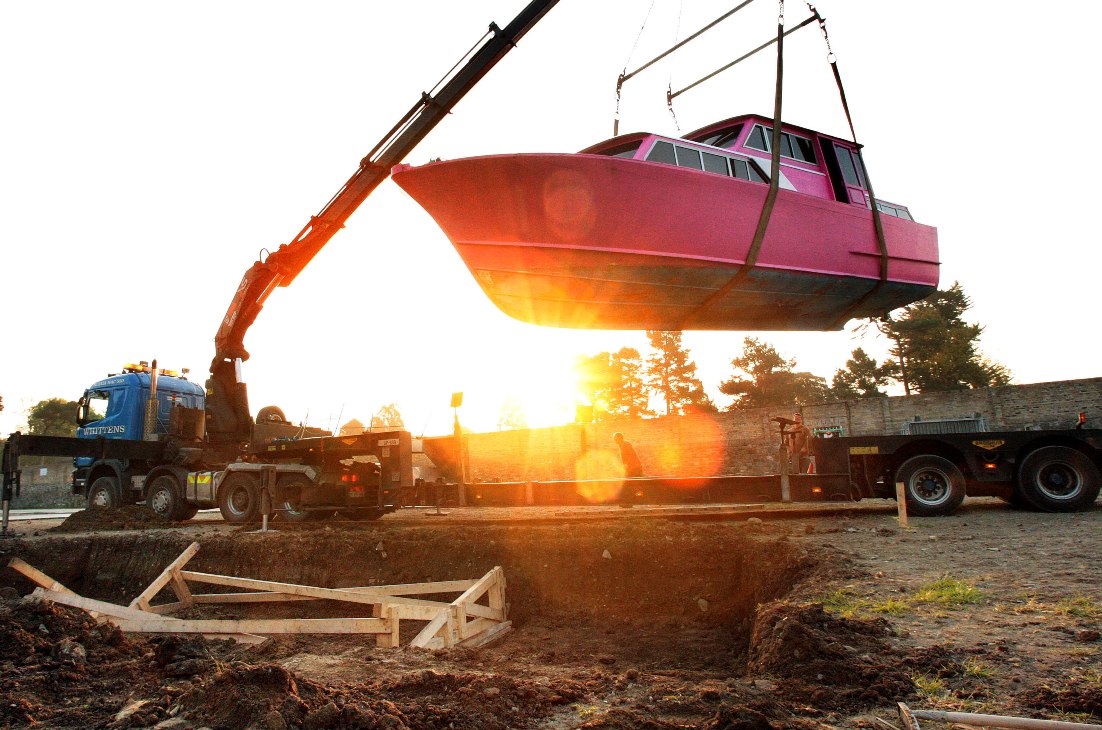 With amazing help from John Farrell, John Friel, Whittens Road Haulage, The Garda Suíochana, Maura Hickey, Colin Browne and Gráinne Walker; this journey was finally made possible. If I have left anybody out it is because none of us have slept since finishing loading at 12.30am and arriving back to depart at 3.30am!! But it must be known the real journey started a long time ago.

…and so what started as a child like dream has been given berth and here another story begins. Today, some laughed, some smiled and some pondered; But whatever this story [ultimately the garden], brings to you, it was built only pour l’amour de jeux [for a love of the game] and no matter the size of your smile when you see it complete – this amazing journey if nothing else, has left me in no doubt regarding the amazing people and the genius minds I work and spend so much time with. Thank you all [it’s not over just yet], but it’s certainly a little easier….

Award winning landscape architect, Peter Donegan, is at it again. This year his show garden ‘Pour L‘amour de Jeux’ (For a love of the game) in Bloom 2008 will feature a 1957, 11 metre, pink, three storey pleasure cruise boat!

Building on the success of ‘No Rubber Soul’ his award winning large show garden in Bloom 2007 where he featured a 1965 Morris Minor, split in two, no less, Peter decided to go bigger and brighter for Bloom 2008 and prove that dreams do really come true and if you put your mind to it you can do anything.

Peter’s mind will certainly need to be focused on the morning of May 8th as the pink, 3 storey, 11 metre long, 3.5 metre high pleasure cruise boat sets sail from Ballyboughal onto the M1, M50 and into the Phoenix Park where it will be berthed for the duration of Bloom 2008.

Peter Donegan Landscaping Ltd was set up just eight years ago and in October 2007 Peter was presented with two national awards by the ALCI (Association of Landscape Contractors of Ireland) and most recently received the National Amenity Quality Award in recognition of standards achieved under the Bord Bia Landscape Quality Programme.

A 1957, 11 metre long, bright pink, pleasure cruiser shall sail down the M1 and M50 on May 8th heading for its berth place at Bloom 2008 in the Phoenix Park. The imaginative, award winning, landscape architect, Peter Donegan has designed a large show garden including the boat for this year’s event entitled ‘Pour L’amour de Jeux’ (For the Love of the Game).

The three storey, pink, 11 metre long, 6 metre high pleasure boat will cruise from Ballyboughal, onto the M1, M50, Castleknock entrance into the Phoenix Park where it shall take up residence until the end of Bloom 2008.