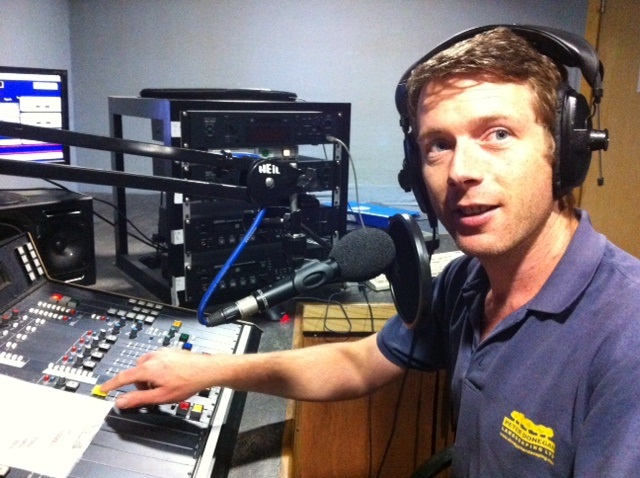 I’ll start first with the piece of audio that is one of my favourites. Surprisingly, although one of the shortest it took the longest from an editing perspective. The audio itself was used for a talk I did on podcasting at a conference in Tallaght Stadium in June 2011.

The most popular piece of audio for 2011 however is my interview with Anne O’Hara of Mornington House.

According to audioboo stats [only] it has 1,705 listens making it more popular than my audio with Jack Charlton. The audio quality isn’t the greatest in parts as it was almost the first time for me to use skype recording. That said, I loved doing this interview and if content is king, then it’s popularity is solely because of Anne.

The most popular SodShow is show no.1 from March 4th.

Join Peter & Brian for an alternative view of all things outdoors with studio guests, field recordings, educational talks in a fun and unique garden radio style. With tools, plants & garden work for the week and trip to Dublin’s famous and well hidden parks & gardens the SodShow is fast growing to be a permanent fixture on Dublin’s radio dial since its launch in March 2011.

The SodShow is quite unique in that it started life as a popular podcast crossing over to live radio due to its growing demand.

Forget those Botanical Latin names (the presenters do as a rule) and roll up your sleeves. From gardening with a window box in an apartment to camping at oxegen, from chitting potatoes to making elderflower champagne you get it all on Dublin’s zaniest radio show.

The Sodshow is podcasted, blogged, streamed and live tweeted to the world via its internet site: http://blog.DoneganLandscaping.com/category/podcast

Details on how to listen live below….

With thanks to this weeks guest 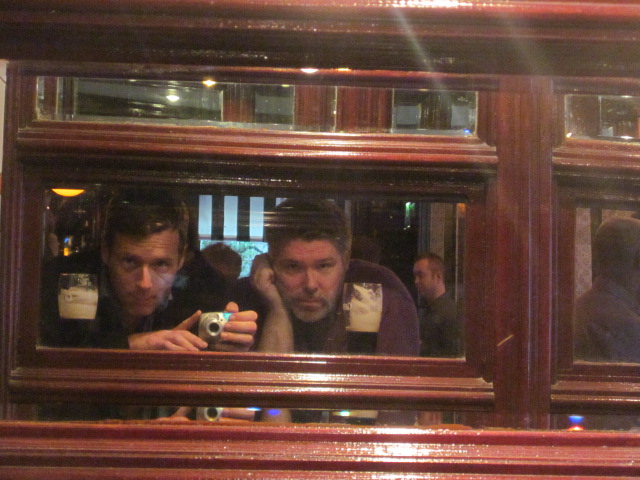 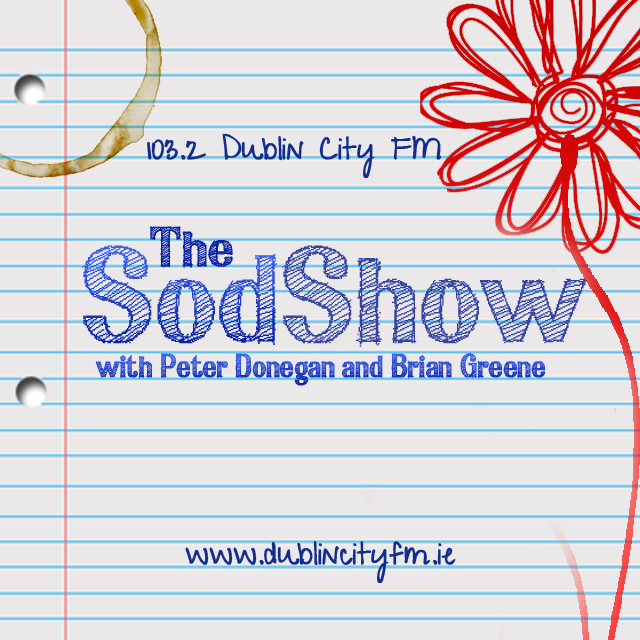 Today I spoke at The Social Media Means Business conference. It took place in Tallaght stadium inassociation with South Dublin Chamber of Commerce and South Dublin County Council. My topic to cover was not gardening as such, but podcasting.

The above audio was played as a demonstration of sound and the varying types that may help to tell a story.

Whilst in the stadium I did two sample audioboo’s. The first of those was with Maria who was serving tea and coffee to the 200 approximate strong audience on their tea break.

The second, was Michelle Tighe chosen at random to show just how fast audio can [now] be published to the web, how little work it takes to do so and just why it doesn’t take up a lot, if any of my working time.

Thank you so much to all those who attended for listening to me 😉 and also to Krishna and the team for inviting me to speak.

Originally recorded for The Sodshow [Friday 18th March], the garden radio programme I present on 103.2 Dublin City Fm, this is as promised the extended interview with Philip Voice of Landscape Juice.

Philip was across with me in Dublin for 3 days and his thoughts and reasons for about the future and future trends within the landscape industry based on what is happening in the UK is to me one of the most interesting pieces of audio I have picked up in a long time. Enjoy.

You can of course listen to The SodShow as it sounded and came across the airwaves. 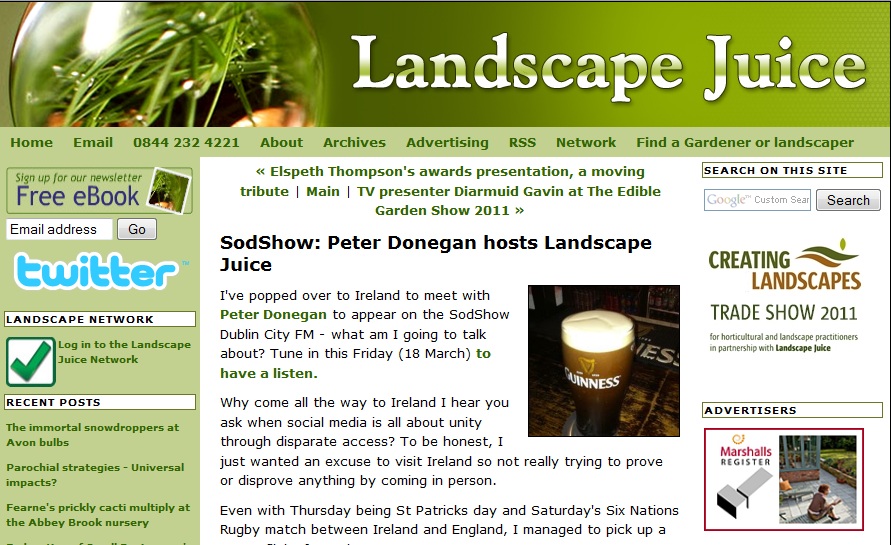 As always, an honour Philip.

This morning I had the absolute honour to speak with Anne O’Hara, wife of Warwick O’Hara – who reside at Mornington House Co. Westmeath.

Whilst there has been a house at Mornington since the early 17th century, it has been home to The O’Hara family since 1858. Steeped in history, this is to date, for me one of the most intriguing and most most probably the easiest and finest interviews I have ever done, in my life. 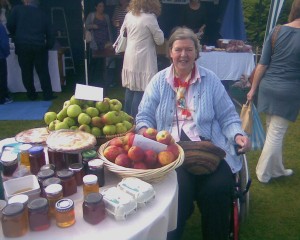 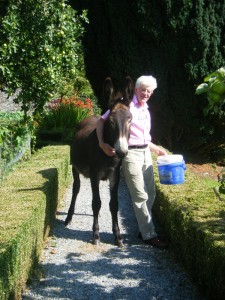 As a podcast the final audio result is a little rough-er around the frills than I would have liked, but for me the content in this case is what makes it so very special. That said, as best as was feasibly possible I have left it unedited almost in its entirety – mainly as I simply loved, personally, listening to almost every second of it over and over again.

I laughed, smiled and almost cried, with laughter in some cases as Anne spoke quite frankly and passionately about her and Warwicks home. What you did not have the honour of was the almost 40 minute conversation that took place prior to this audio from which I intended to take some notes. Surprising, possibly, I took none and simply listened and smiled. 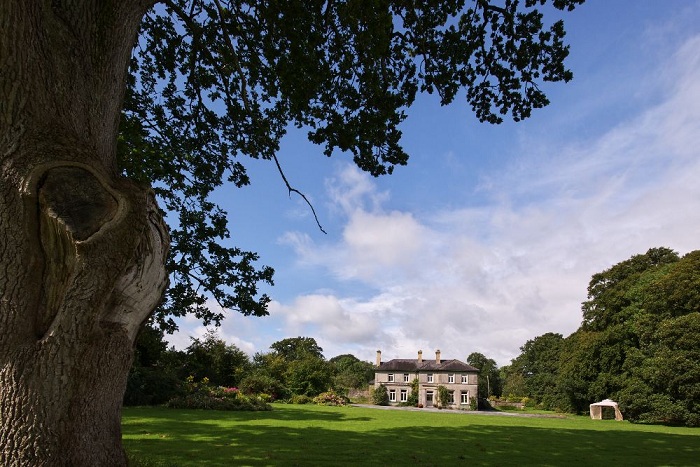