Friday 2nd March, The Sodshow comes to you from The Royal Netherlands Embassy Residence. There I and Brian talk to The Ambassador to the Netherlands Robert Engels, Fred Duijn, Angela Jupe and Anne Ward about Irelands tulip Festival, the tulip naming competition and some great up and coming associated talks, plant fairs and garden féte’s.

The Dutch Embassy has enthusiastically accepted a request to be involved in promoting the joys of gardening in Ireland; we offer support to Angela Jupe’s Tulip Festival at Shinrone & Birr, Co. Offaly, 21-28 April 2012. Moreover, we launched a -unique- tulip naming competition which will run until 9 March. Professor Mary McAleese has kindly accepted to chair the Jury. The winning name will be announced, and the tulip baptized, on 29 March. The winner receives a free trip to Amsterdam to visit the Keukenhof.

Bellefield Plant Fair, with over 20 nurseries, talks on Irish snowdrops and hellebores as well of course good food and hopefully a good day. – more info www.angelajupe.ie/events.htm

The interview – The Sodshow from The Netherlands Embassy 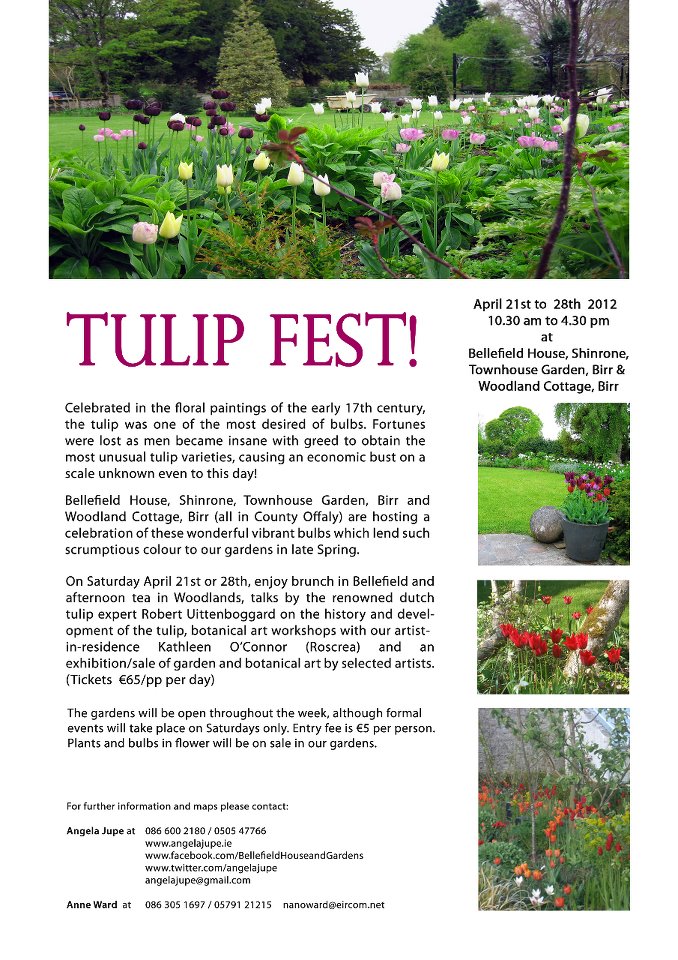