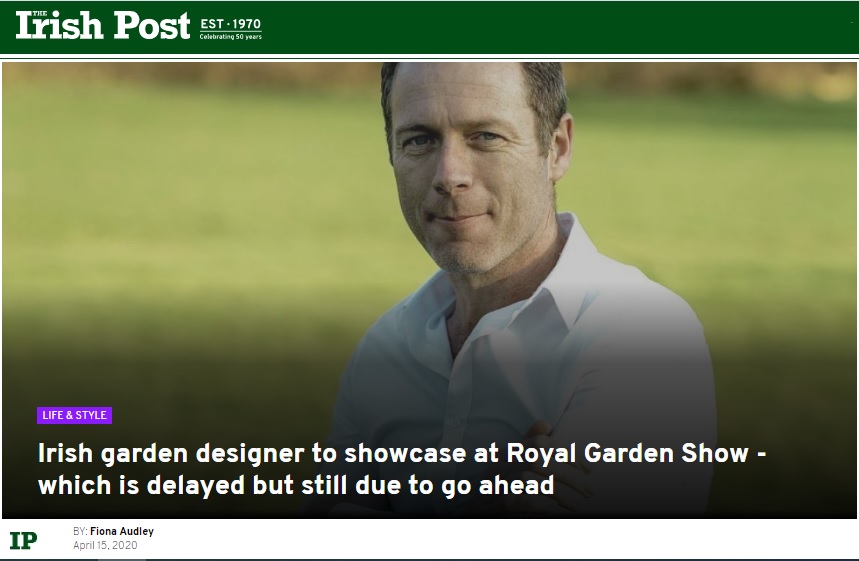 Read: Irish garden designer to showcase at Royal Garden Show – which is delayed but still due to go ahead

There have been some very proud moments in my life. Not medals or monetary as such, but still of designing garden related. Appearing on French televison, a letter from Irish Ambassador Patricia O’Brien on my work and my photo in the Courrier Picard in the town hall of Péronne having met the Mayor and the awaiting media.

To London, the impending show garden at Hampton Court Palace and The Irish Post newspaper; officed there since 1970 and available weekly. And somehow I’m reminded of standing in the gallows of The Galtymore dancehall in Cricklewood, a cup of tea beforehand in The Crown and Emerald cabs just opposite – it was if you will a rite of passage – in this case one that has evaded me, ’til now.

To Fiona and the team at The Irish Post, thank you. Thank you for your support.