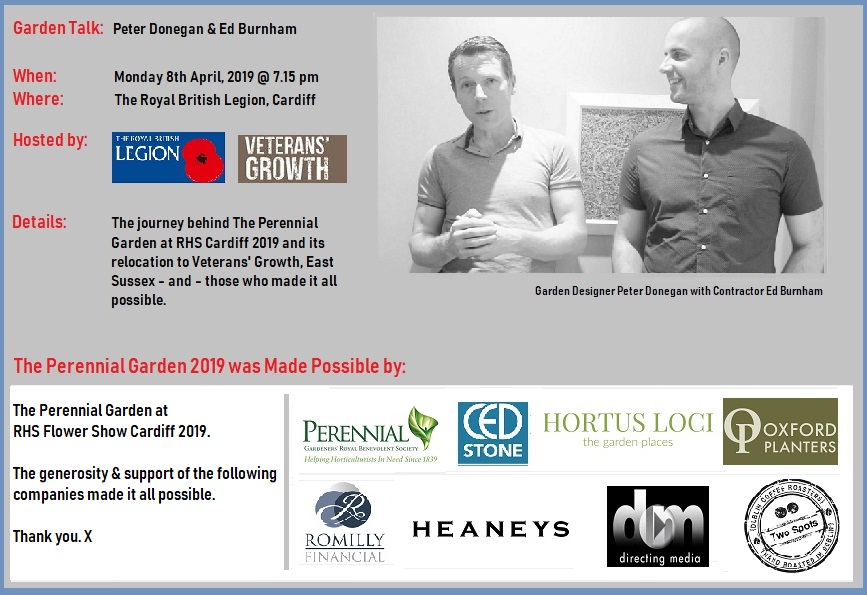 As the story grew and the design became possible by such stalwarts as CED Stone, Oxford Planters and Hortus Loci, the gardens journey ultimately came full circle when it was agreed it should be rebuilt and entirely gifted by Perennial to Veterans Growth in East Sussex.

How this all happened, why everyone got involved and agreed is what makes the gardens story interesting, at times utterly hilarious and above all things a hats off, a courtsey and a standing ovation to the kindness of the great hearts of the horticultural industry and their knowing the happiness it will bring to others. 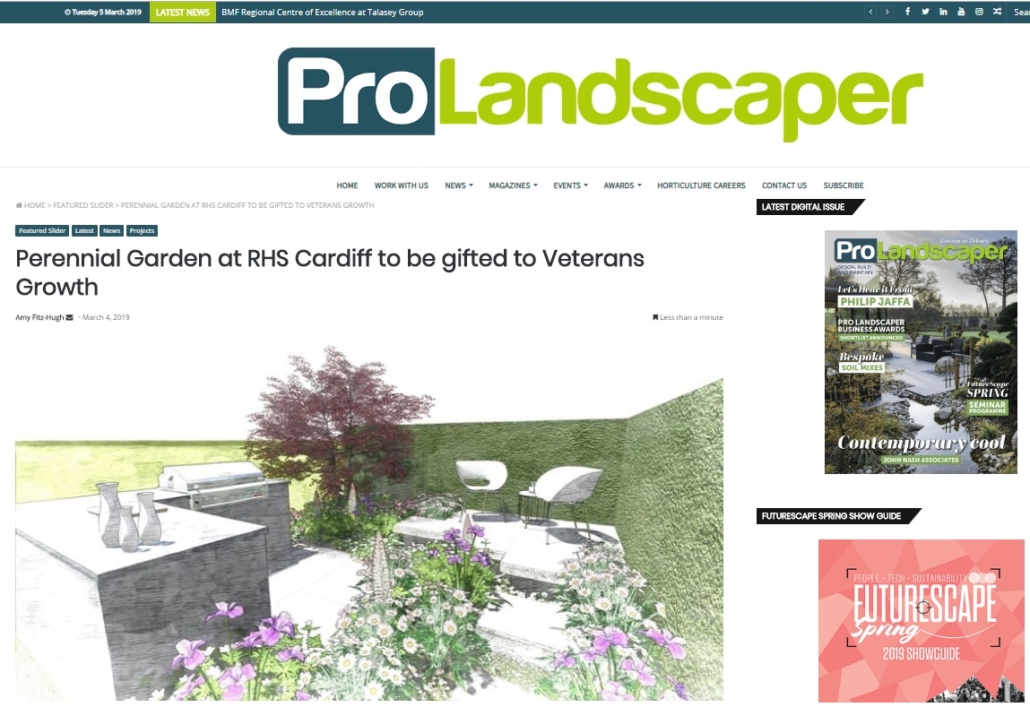 Peter Donegan:
Peter Donegan began gardening at the age of 5 and having gardened all his childhood, went on to study horticulture for 4 years. In 2001 aged 24, he returned home to Ireland from the UK to set up Peter Donegan Landscaping Ltd. He has since won a host of awards as both designer and contractor for 17th and 18th century gardens and show gardens at national competitions.

In November 2018 Peter was selected by a French jury to represent Ireland to design and realise the Irish WW1 Centenary Peace Garden at Chateau de Peronne in the Somme region of Northern France and see the garden in the dried up moat of the 13th century castle to completion.

Ed Burnham:
Burnham Landscaping focuses on delivering high quality design led garden construction within the domestic sector. Started by Ed Burnham, who has been Landscaping since he was 20, since 2011 Ed and his team have accomplished no fewer than 13 RHS show gardens, his most recent at Chelsea Flower Show in 2018.

Perennial:
Perennial helps anyone who creates or maintains gardens, parks, sports facilities and other green spaces. Everyone working in or retired from horticulture, forestry or arboriculture is eligible for their free and confidential help, which includes friendly one-to-one advice, support and financial assistance.

Our experienced, friendly and professional team helps families and individuals coping with life-changing events for as long as it’s needed. We believe everyone should know about us and feel confident to contact us, and this year we want to reach more people than ever before.

Veterans’ Growth:
Jason Stevens is an army veteran of 16 years, medically discharged from the MOD in 2016, after he suffered a bilateral stoke caused by a hole in his heart. Now left with disabilities, both physical and cognitive, Jason was also diagnosed with PTSD and has been undergoing treatment and has since found the only thing that seemed to have any impact on his mental wellness was gardening.

In 2018 he sold his business to fund the start of Veterans’ Growth. The aim of the charity is to provide support and a place on the programme to every veteran in the UK who wants to attend and/or is unable to access help through other channels

The Royal British Legion:
The Legion was founded by veterans after the First World War. A century on from the start of that conflict, we’re still helping today’s Service men and women, veterans, and their families in almost every aspect of daily life. We also champion Remembrance, safeguarding the memory of those who have given their lives for our freedom through Remembrance education and events. 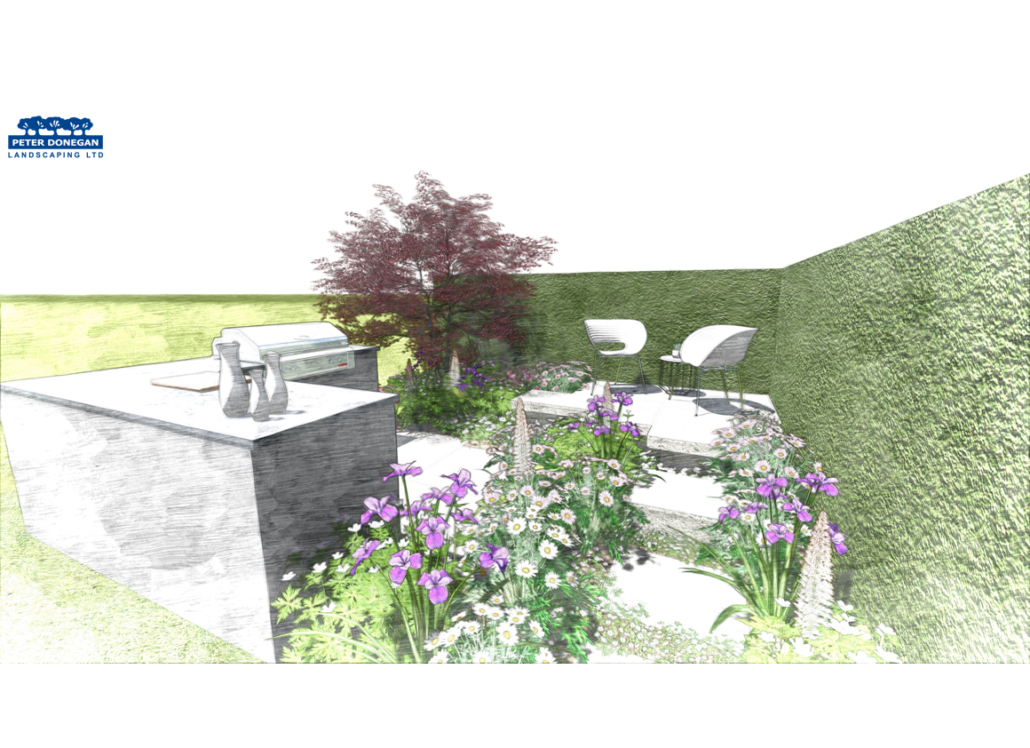