I’m due to speak at The Landscape Show, London September 2018 alongside Andrew Fisher Tomlin about the realisation of the Jardin de la Paix – a series of Peace Gardens in Northern France to commemorate the end of World War 1. 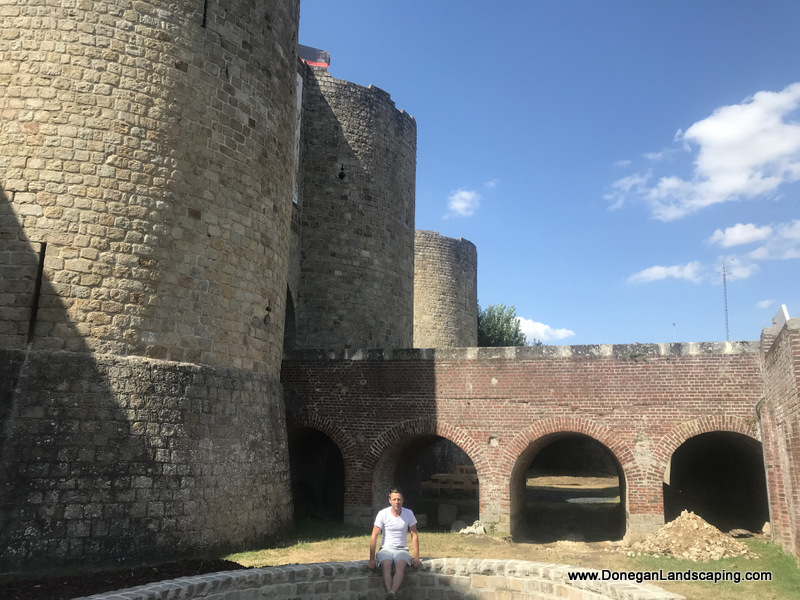 Of note, all photos below are before the completion phase 1 (mid August 2018) of the garden, taken mainly over my 3 weeks there during that time and my 3 previous visits in the lead up to starting the build. There are very limited to zero photos during the realisation and the build of the now named Jardin d’Eutychia.

This article in The Irish Times by Anthea McTiernan gives a good synopsis of the Jardin de la Paix series of Peace Gardens being created in the Somme region. -> Irish Times, Peter Donegan

Not accessible to the public – the view from the rooftop of Historial de la Grande Guerre onto the main street.

Below, some photos of the building that caught my eye outside and also from within the museum itself.

On your way to The Somme lakes walk, you will pass by this small park. It can also be met by walking through the grounds of the Gate of Britain.

Commonwealth War Graves Commission cemetery. Fins is the next town to Péronne. Of note, it contains unknown German soldiers alongside soldiers from the Royal Irish Fusiliers.

Here I was presenting the gardens designs to The Mayor of Péronne and media in the town hall.

Passing by the allotments this was my favourite walk from the town. That I don’t have too many photos of its greatest compliment in a sense. Worth noting that the lake was originally made by the Russian soldiers and the floating gardens created in the middle of it.

Photographs from inside the museum which is more than worth a visit and also of the Edwin Lutyens designed structure. The letters and photos of note below.

This train journey gave me a good overview of the landscape of the area. The museum also worth spending some time in.

I took no photographs here. I didn’t feel it correct to do so.

Of note, the Parc de l’Eveche just to the side entrance and Parc Medieval as you walk around.

Coincidentally, the former curator of the memorial and one of the team from Historial de la Grande Guerre had coffee together at my kitchen table just 2 weeks ago. The view of the landscape here is amazing. More than worth the journey.

A botanical gardens in Amiens. I absolutely loved this place. With thanks to Nathalie for this one.

This is far better in video, as I could have taken a million photos. If you get a chance go there. You’ll thank me for it.