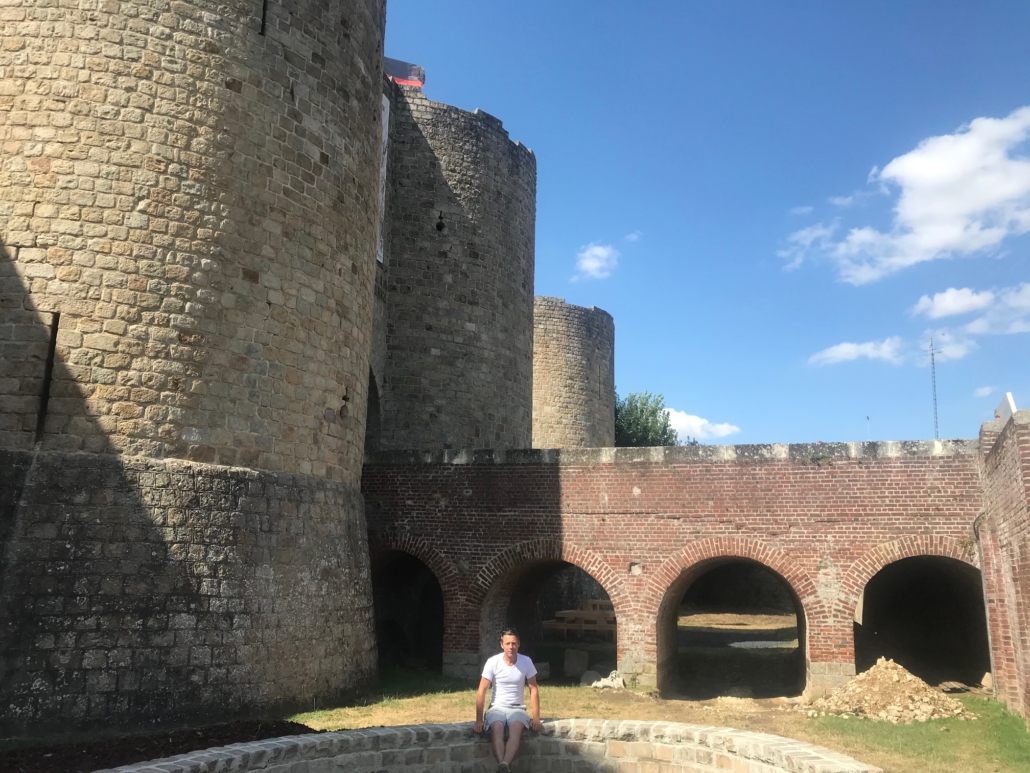 I was delighted to speak with KCLR’s Ken McGuire from the moat of Chateau de Peronne as we were mid flow through phase 1 of the build for this War Memorial Garden (of sorts) to mark the end of World War 1. Better known as a Jardin de la Paix or garden of peace.

Press play below and take a listen.

Talking Gardening on Drive: Peter Donegan on creating a Peace Garden in Péronne, France.
Donegan was selected to create the Irish peace garden at Chateau Péronne this summer.

Peter Donegan joined Ken on KCLR Drive on Thursday’s show to share details of his involvement in a very special WW1-related project.

Peter, from Dublin-based Donegan Landscaping, is leading the design for the Irish side and he joined the show from a moat, some 30 feet below street level where temperatures in Péronne are running around 30 degrees.

To give you a visual of space, here’s a short clip from Peter on Twitter this week as ground breaks on the development. 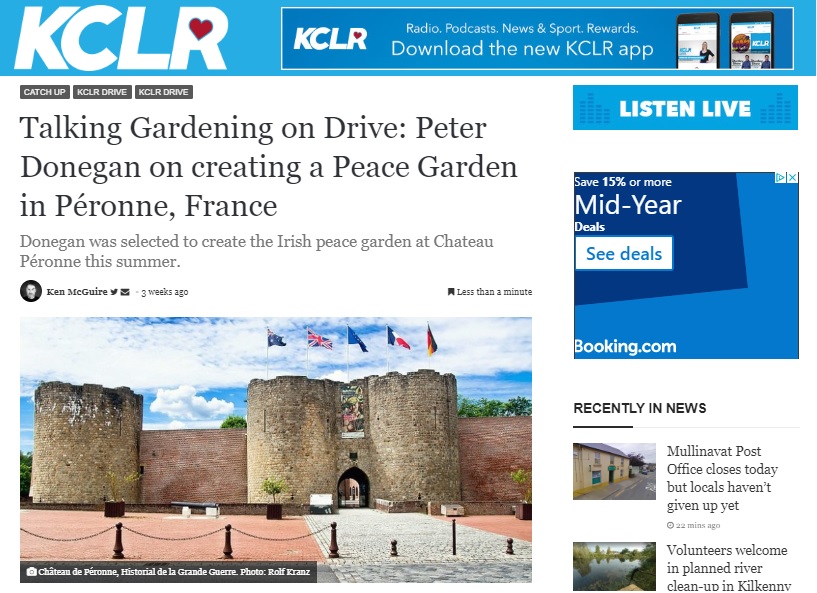