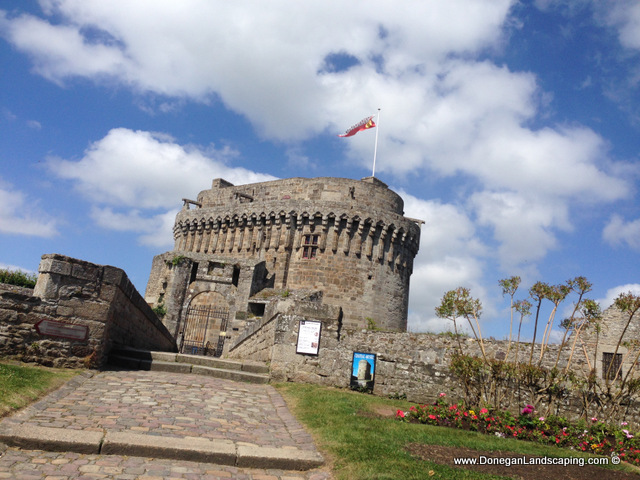 I visited here some time ago now and literally just stumbled across the information I had set to one side.

If I’m honest, I had found it particularly difficult to find out any information on the gardens of Chateau de Dinan. That, I have found is usually the norm and the building (in this case I appreciate it is a castle) tends to take precedence.

But here, as building a park as for what the people (rather than the building) preferred stood out to me. And to it’s credit as I spent some there there it was full and used for the greater.

I’ll get back to noting the gardens I make as Donegan Landscaping just as soon as I catch my breath.

According to wikipedia, Chateau de Dinan:

The Château de Dinan consists of a keep, in the town of Dinan, in the Côtes-d’Armor département of the Brittany region of France.

The keep and the gate are part of the 2,600 metres (8,500 ft) of medieval ramparts which still surround the old town.

It is called Donjon de la duchesse Anne (Keep of the Duchess Anne), and stands 111 feet (34m) high near the Saint Louisgate. John V, Duke of Brittany built the keep in 1382-1383. The keep is formed by a union of two tall circular towers; a moatand drawbridge divides the keep from the outside of the ramparts as well as from the inside of the city, providing a stronghold both against outsiders and from the townspeople themselves.[1] Extensive machicolations overhang the wall head providing defensive coverage of the base of the tower.

The castle was listed for protection as a monument historique in 1886. It is owned by the commune and houses the local museum.