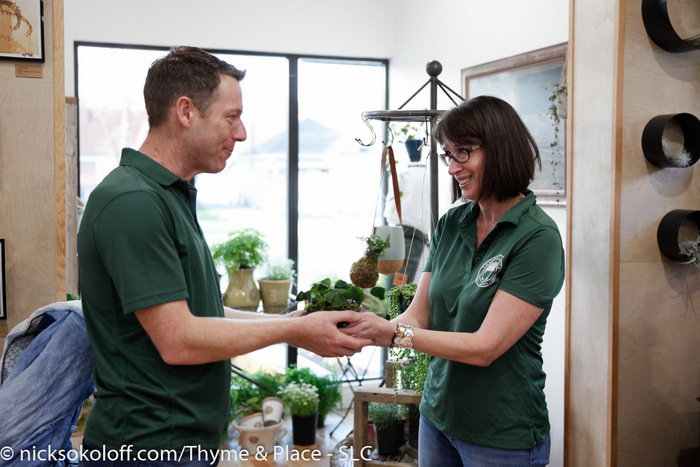 March 2017 saw Peter Donegan (that’s me) travel to Salt Lake City, Utah for a myriad of reasons; one of which was to do The Sodshow Garden Podcast, The Live Show.

The reason (?) it all happened was entirely down to Melinda Meservy, owner of a boutique garden store called Thyme and Place. Fair to say, a lot, more to my week there than that. 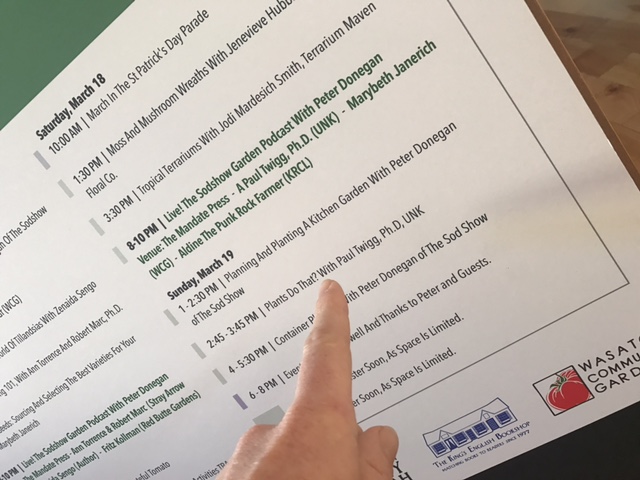 Here’s the story in full on the garden podcast – you can catch it later in iTunes if you wish.

The morning after I arrived alongside Melinda I was on their TV station ABC4 Utah. Of note here, I had travelled for about 23 hours and the make up department did try their very best.

The very next day, there I was photographed at Thyme and Place on the front of The Salt Lake Tribune. Spread over 2 pages it’s a pretty good read and sums up quite well what was about to happen. 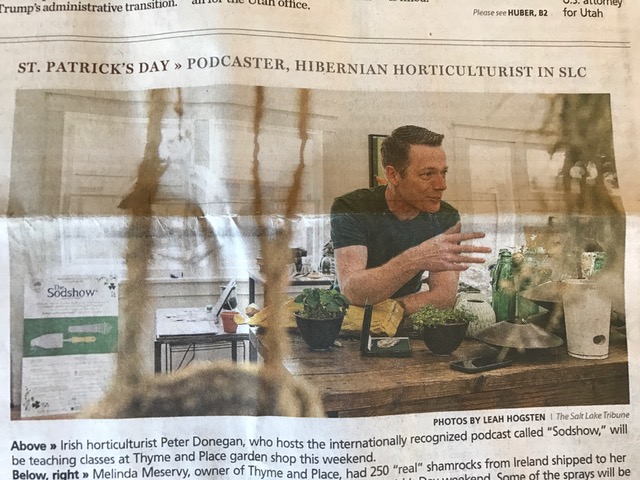 March 16th saw The first of 2 evenings of The Sodshow Live show take place at The Mandate Press. The episodes recorded will release later in iTunes, good podcast stores and via the Sodshow website. With “appropriate drinks” served, a live band, full sound crew and Master of Ceremonies Chris Hollifield – and a pretty impressive line up of guests. 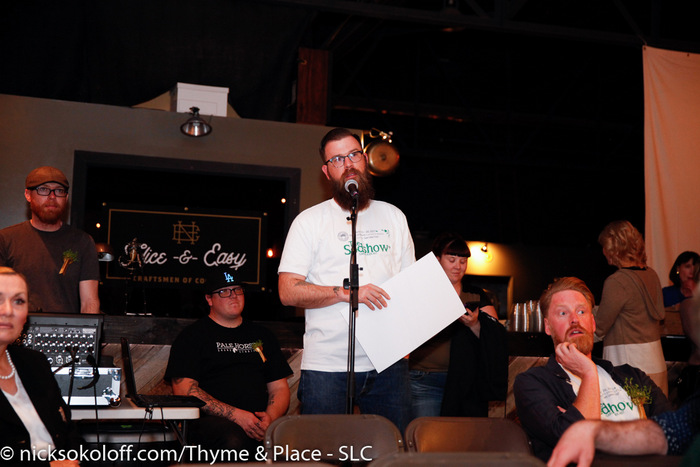 St Patricks Day, March 17th kicked off with a pea planting ceremony at Wasatch Community Garden. The work they do in the community is absolutely amazing and this (simple as it may sound) was about as high an honour as I could get. 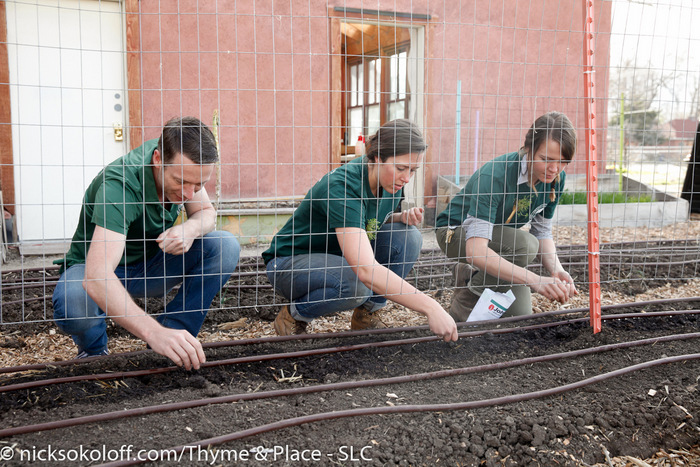 After this was a swift change into more formal wear and post a March 17th luncheon with The Hibernian Society, it was the presentation of a bowl of (Trifolium dubium) Shamrock to their President – the first time for The Irish in Utah to have the real three leafed plant. 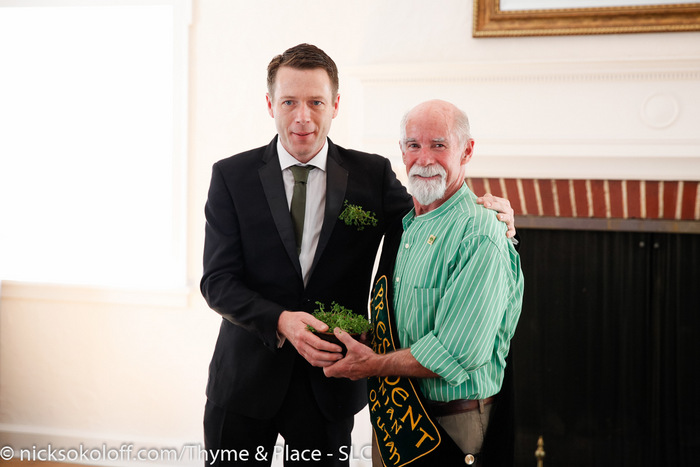 Later that evening I sat again in the company of Philip Grant, The Irish Consulate; and Mary Robinson (former President of Ireland and UN High Commission) 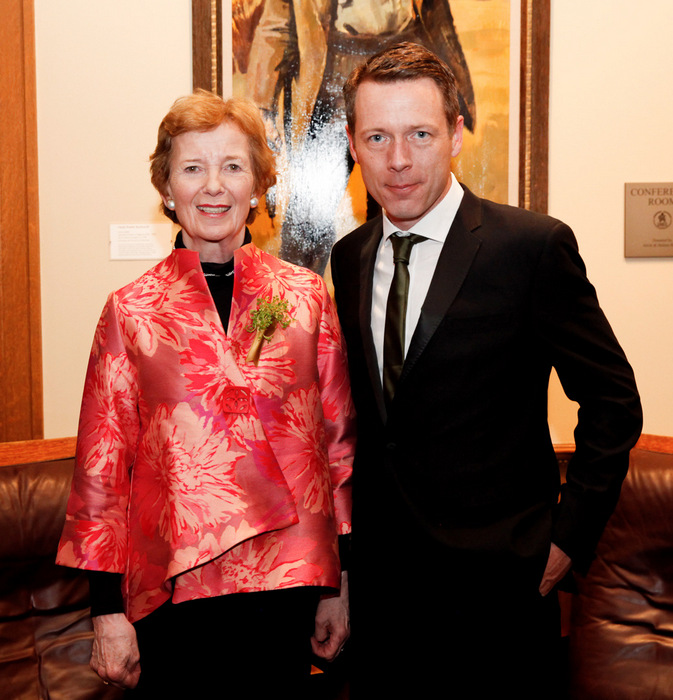 And shortly after it was again an honour to speak to those attending the dinner and present a piece of Blarney stone to the new President of The Hibernian Society and The Irish Consulate, Philip Grant. 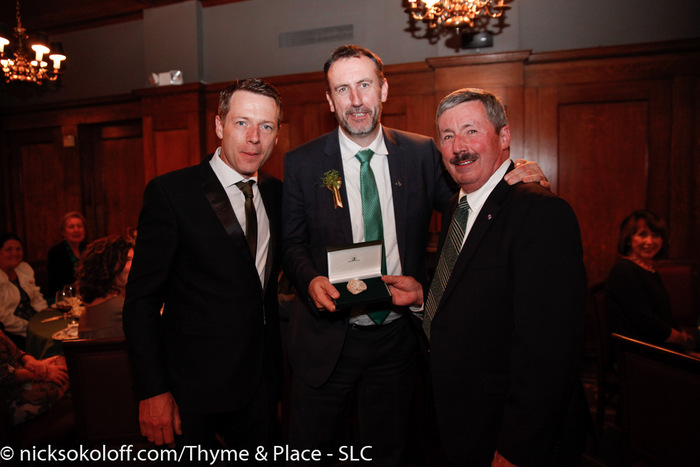 In between the lunch and evening dinner, there was of course my second time on KRCL 90.9 Radio, with host Lara Jones and Aldeine. I enjoyed that. 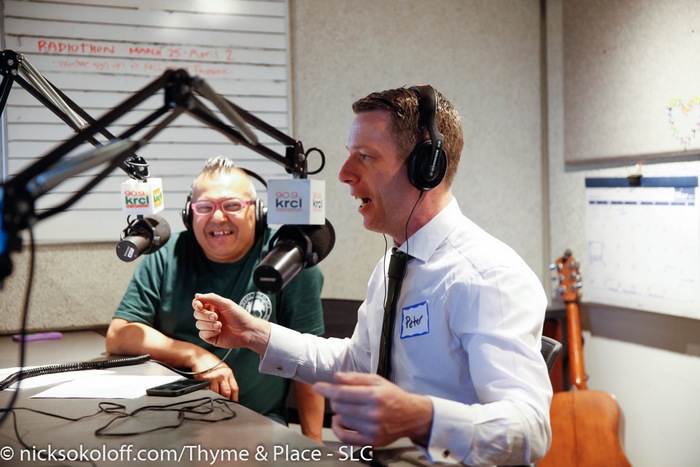 Saturday was St Patricks Day Parade in Salt Lake City – March 17th is not a bank holiday in Utah. Here, we were small, but we did. And again, it was an absolute pleasure to do so. 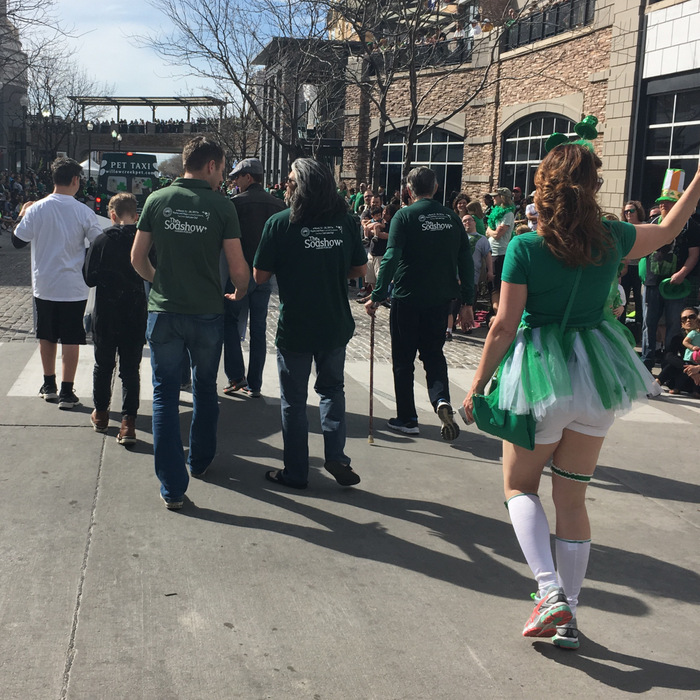 That evening was the second live show and fair to say those who liked a little green in their smiles were there to wish Thyme and Place well. 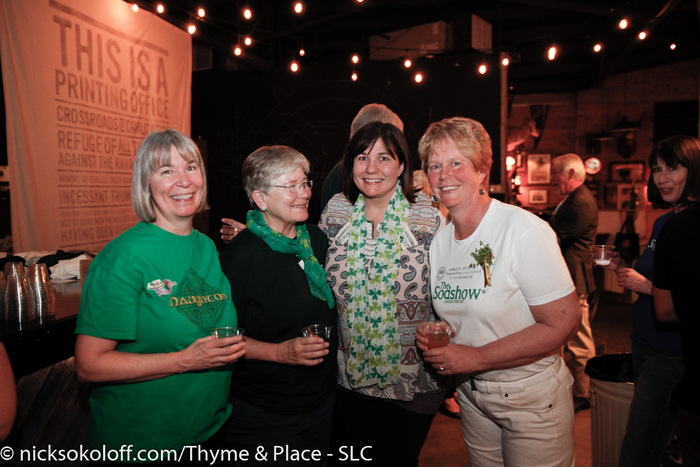 The following day left me with two garden classes to give from Thyme and Place. You can read more about the garden courses I gave here. 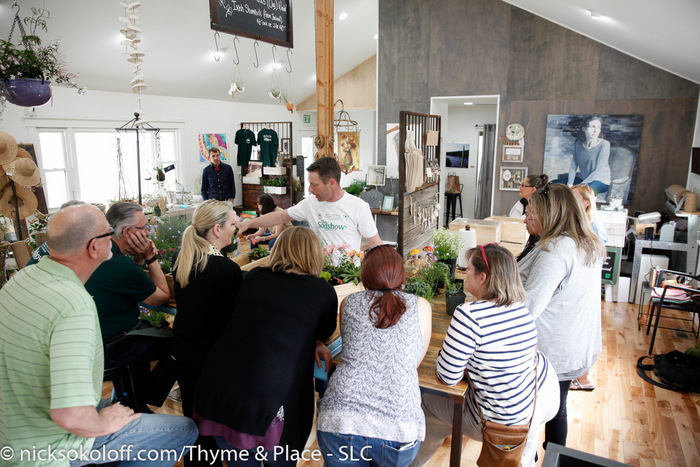 I know there’s a lot more to it than this and there literally was so much happening that week with a very full line up of events that included so many others.

If and should anything I’ve left out cross my mind, I’ll pop it in here. 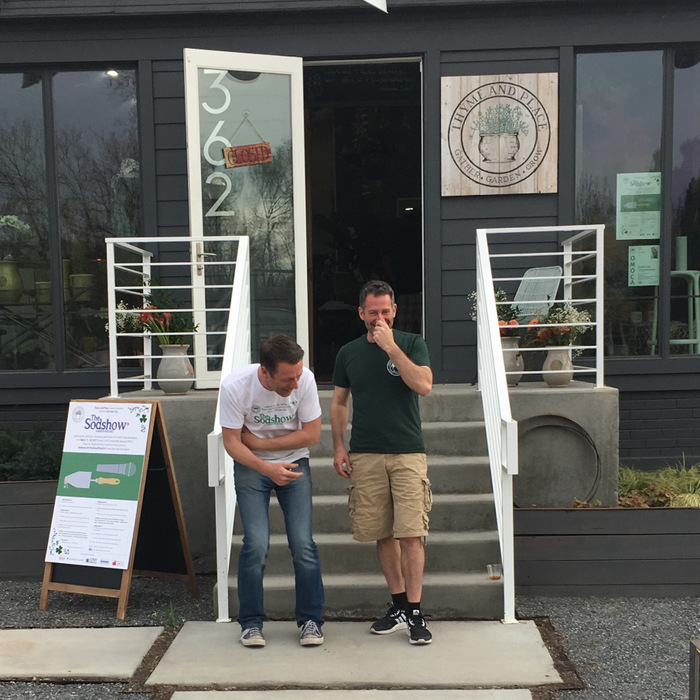 To you who I met, giggled, smiled and laughed and held hands with; to the very many who made it all happen and with such grace; and (by no means least) to Melinda of Thyme and Place, Salt Lake City who picked up the phone one day and made that very first call, thank you. It was an absolute honour.

Farewell, many thanks and safe travels to Peter Donegan of the @Sodshow. From last night’s window… house lights up. pic.twitter.com/TJCg1TXtr4