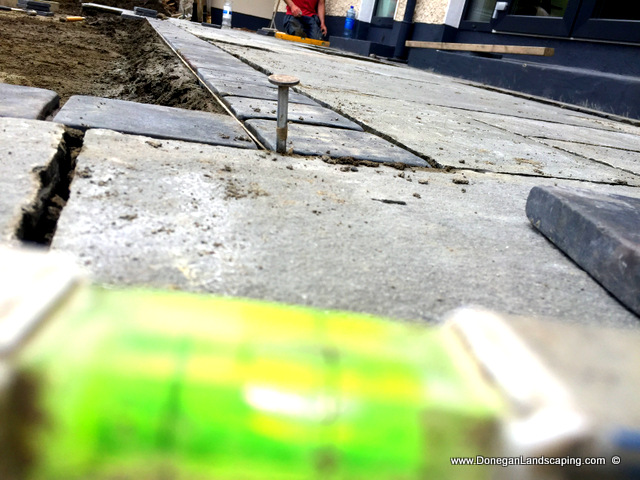 If there were awards for what it was and what it has become, this now garden has to be up there with the very best of them. And that again, as is pretty much always the case – in the great ones department – comes down to one major factor – really, really great people to work with and for.

Before I go any further, the for now end result needs a phase 2.1 if you will. And that will happen, in time.

Note bené: I’m always hesitant to pop in images of the before or during works; and tend just to stick to the after. On this occasion however, I don’t really have that much of a choice. You’ll understand as you read on. While I’m at it, please excuse my slightly terrible video skills.

Let’s get into a bit of detail: 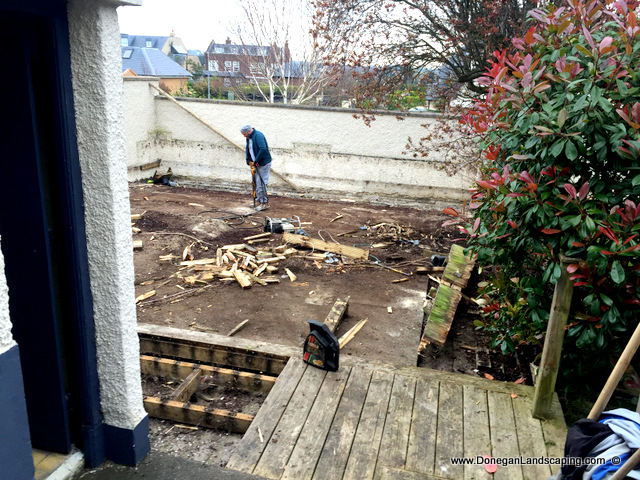 Above – what lay beneath the 120 plus sq metres of decking.

I’m a fit enough fellow, but the lower left hand corner – all 120 sq metres of it – was a real killer on the back of my upper legs. With almost 4 trucks of concrete to break out – around 80 tonne – to barrow out, up three levels to the side alley and that just after we broke and hand-balled out the age old decking. 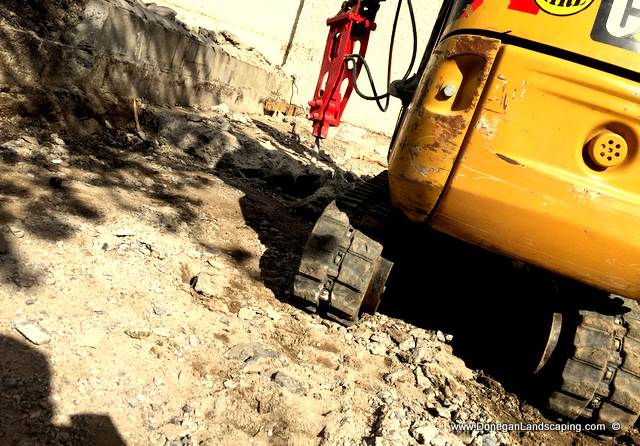 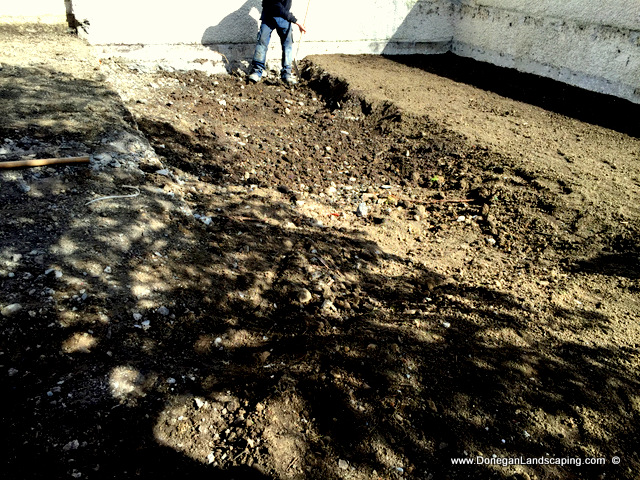 On a slight side note, the levelling of the new to be lawn was slightly trickier than usual. Not alone for the introduction of the raised beds (24 lengths of 2.4 metre timbers), 3 high at the back merging into 2, with seating built in; but also as the existing fall of the garden came in from 3 different sides. 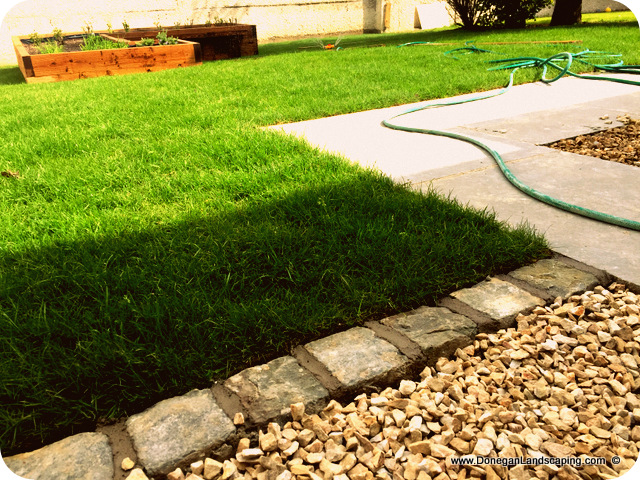 To the upper level patio of the garden 2 limestones were used. And though it really is a very large area, I was more than pleased with the end result. Because what you have here is almost dumbed down if you will. In part because of it’s size, yet still two natural, hand laid and by hand pointed limestones.

The touches that made it, in my opinion were all however in the finishing detail. Included in that were the new and existing steps, the editing of the existing timber surround (notice how the base levels are all raised), the barbecue (again, subtle to the front view), the recessed access junction covers, taking the added time to 45 the seating timbers (because it just looks better) and the fact that there was a join between the back garden meeting the front.

The front garden is really very easily explained with just a few images. Though maybe that makes it all sound a little simplified.

The end result however again, subtle but very very impressive. 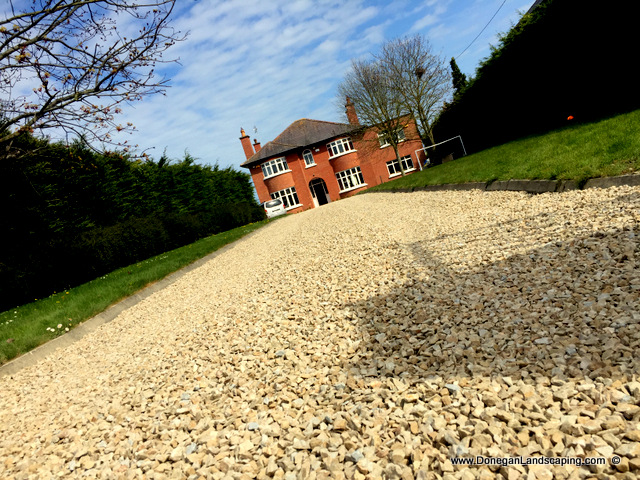 Thoughts or Q’s [?] leave a comment below or drop me a line.