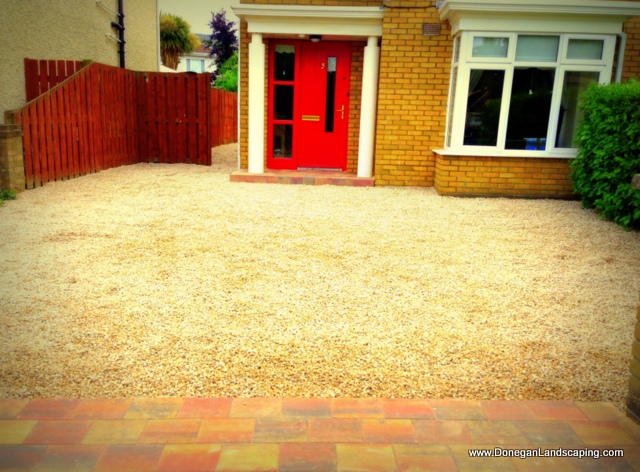 note: this was garden was done last week as part of an overall back and front landscaping project. Due to my hands being covered in compost the last days I’m only getting around to posting it now.

As front of home garden driveways go, there are two immediate options that may come to mind when we think of a final landscaped or now in this case existing finish:

Fair enough, that’s 3 options, but you get where I’m coming from, right ? Right. Also tasty. That word in my head is double underlined. I’ll get back to that in a little bit.

Intro the before Peter got his hands on it pictures ? 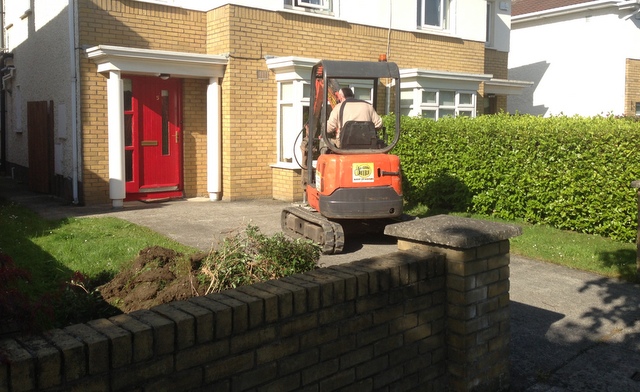 My intro pointers in mind, what fitted best the Clients wishes [nota bené] or brief and also served best the front of home best in my opinion was only option 3. Far more important than that, not only did I want this front garden to fit and stand out from its neighbouring gardens, I also wanted it to look like it could have been made around 8 – 10 years ago, yet extremely well maintained. And tasty. Very very tasty…. I’ve now got that jingle stuck in head. They’re very tasty.

Above in the pre – Donegan getting there photo; what the straight to the front door concrete bay visually creates is three definitive smaller areas and something that appears just so very practical and as a result extremely uninviting. Either or it was, just plain bland and utterly boring. Also of note, there was no front step existing. 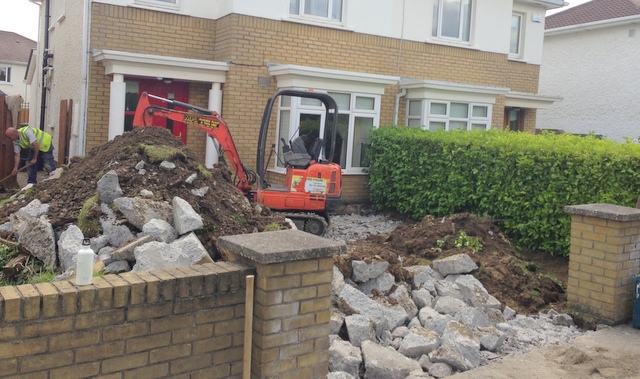 Tastes and styles to one side momentarily and in the everyone loves a rhetoric question/ greener environment department, isn’t nice to see bays of concrete being removed and replaced with a free draining decorative for the better pebbled surface ?

What we removed from here was a full 20 tonne truck of debris and catastrophic as it may appear in the image above, works to the front began at 9am approx and this mass of debris was fully removed by close of business that same day.

What I particularly like about this front garden is that the colour of the stone used to edge where the pebble drive meets the pedestrian path and the newly built front step is picked up the colour of the front door and the soft gold of the pebble. And again it’s the simple things that make it that extra bit special. 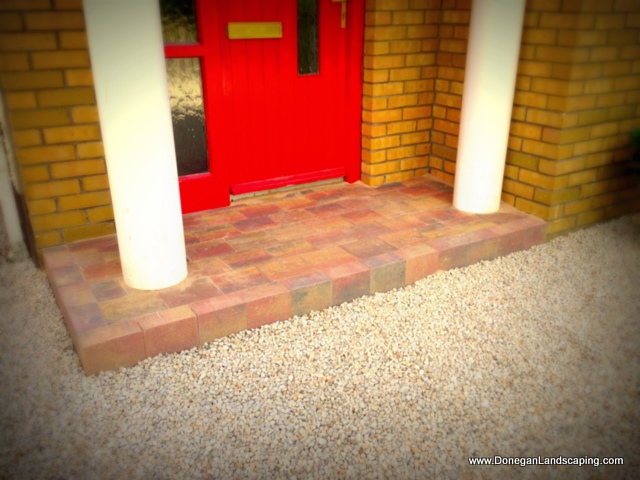 Personally, I love that the pebble that runs down the side alley now sits and fits so beautifully next to the new back patio. And ‘home’ in mind, that feels more like it now than it ever did before. Now, where’s that doppelgänger of mine. I need him to give me a pat on the back 😉