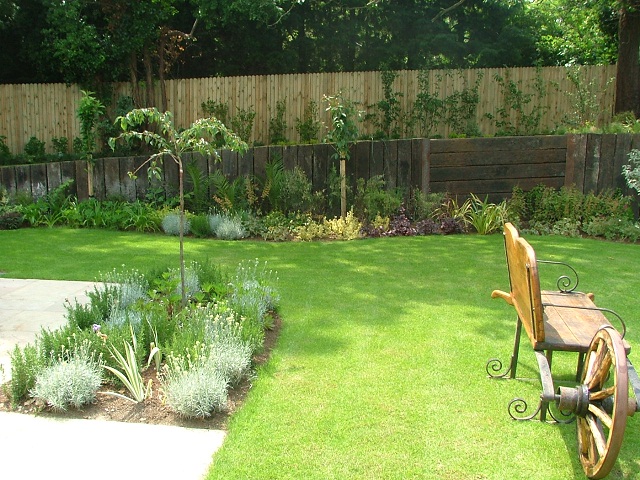 I created this split on two level garden some time ago now. The one thing I love about it, is just that. Well, that and the fact that, just a couple of metres away, there is a journey to get to somewhere else that isn’t actually that far away.

Surprisingly that’s a bit of a rarity installed in the thinking behind many a gardens. In that I refer to the journey, of the imagination and the within the garden. More than that, there’s something in our Irish genetic make up that makes us want to go around that corner, to that place that feels that little further away. In garden design, that’s a good thing. That intrigue, makes a space more interesting and instills a sense of wonder that is the reason why, maybe, some gardens feel better than others as a getaway, an escape or a haven.

In reality, this garden isn’t that long. ie. from back door to back wall. But with the longest points from one angle to the other used to its best, it definitely does not feel that way.

I like to think of the setting now being slightly Rolling Stones on vinyl as versus brand spanking new shiny compact disc. Partly that has come by way of what the space pre my getting there inherited. It’s also a lot down to the new planting – which was a mixture of semi mature instant and brand spanking new youth – this giving the resulting fresh umph; A sort of looks like its been there for ages, yet extremely well maintained, with a hint of fresh. Behind the scenes however, it was a very different story that began with just a pile of clay.

Don’t they all say you 😉 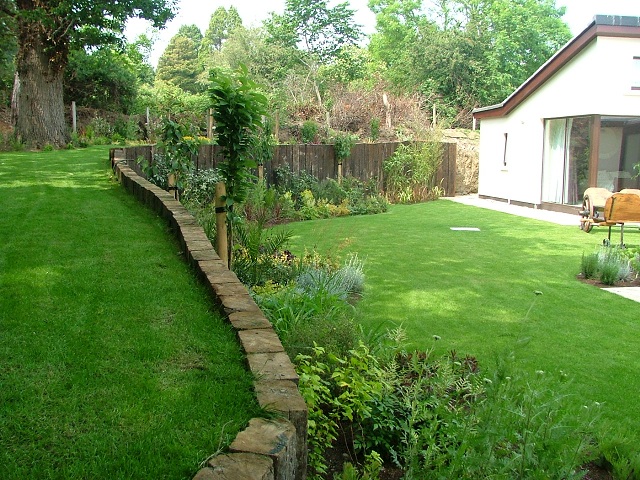