Blog
You are here: Home / Blog / All Posts / Outdoor Lights: LED versus Halogen 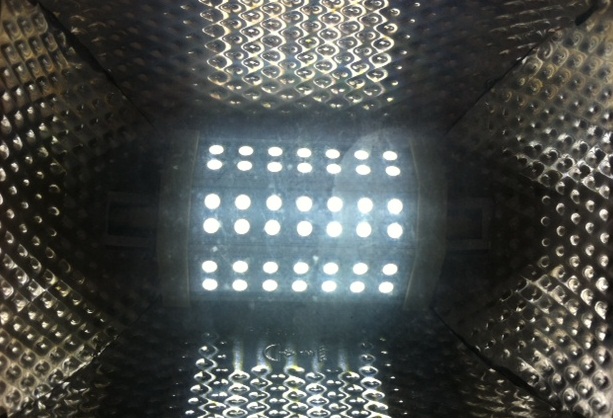 Maybe you were thinking that this might be some fancy Dan post about nice fittings or what not. It is, a bit, but it’s not really. It’s more to do with the bit inside the fitting, the bulb that is, that provides the light. The above image is of a 10 watt LED light bulb that I’ve used to replace the flood light type lights that brighten up my space outside.

If you know where I live, you’ll also know there are only 3 street lights on a 3 mile stretch of bendy country roads and my nearest next door neighbours are either cattle or crops. Lighting outdoors in short is most necessary.

The beauty about this 10 watt bulb below is that it pops straight into the fitting that previously was held by a 240 watt halogen bulb [note: No replacement of fitting necessary]. Of minor importance maybe is the initial cost for the LED bulb of about €24 as versus the about €10 for two Halogen bulbs. 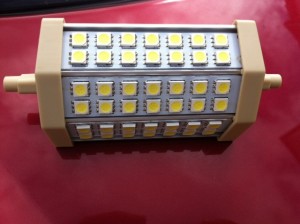 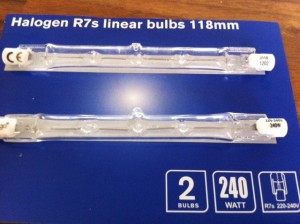 On the basis of 8 hours per average night usage, I was burning out about 1 halogen bulb per 8 – 10 weeks [approx]. This isn’t over usage, it’s simply because they tend to burn themselves out by reason of their very own heat. 10 watts in comparison never gets any warmer than a cucumber.

The next big Q is the cost to power one €24 LED bulb. More accurate may be is, thanks Orla –

But for want of some official-ish type noting, I went to the ESB appliance calculator – thanks Caitríona ~  I assumed the average of 8 hours per night multiplied by 7 days per week usage. They didn’t have a LED bulb selection choice, but the method of calculation should still be the same. 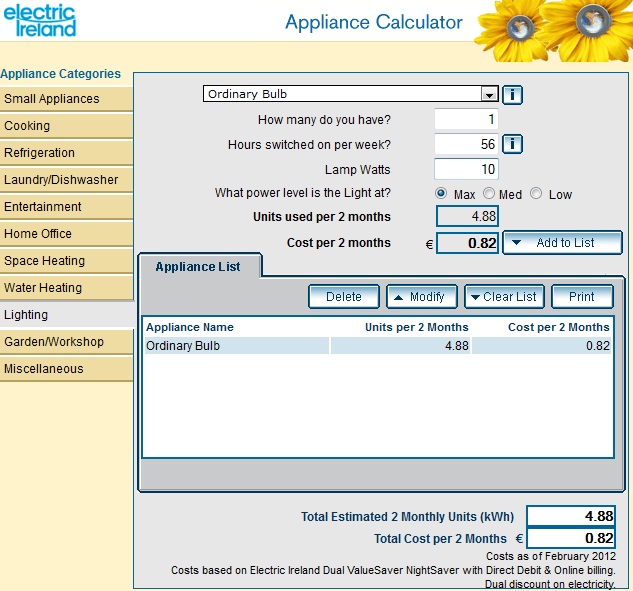 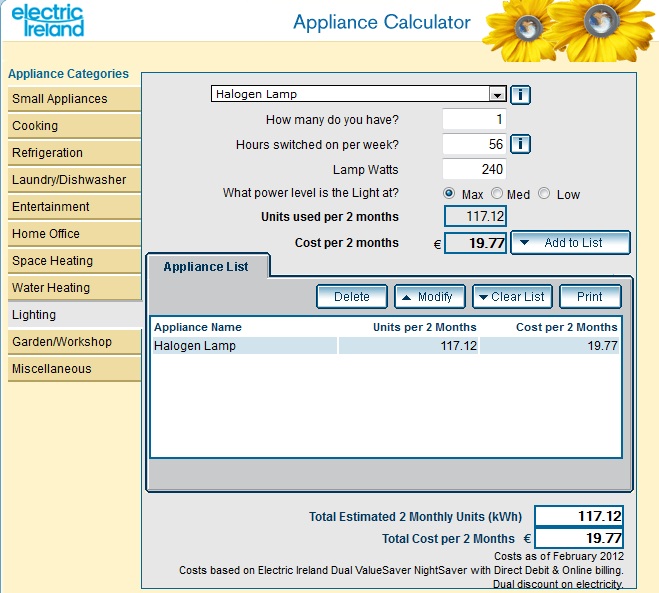 This standard high energy 240 watt bulb may surprise some. But the reality is when unit sales are related to [bottom line] the price one pays at the check out, then I guess it may [to the retailer ?] make sense. As standard, more surprisingly, maybe, B and Q [no offence and just by way of example] do a 400w R7 halogen bulb included as standard with some of their outdoor light fittings. It’s also the one added reason why one quote as versus landscape specification maybe a little higher, initially, than an other. Fine print is very important.

I’m a big believer in most of the things that I do in life, including gardening, that cheaper isn’t always the most logic. Where logic does apply and in an age where I have in the past swapped a plumbers time and cost for two water butts, I also find it mildly rhetoric that I as a green minded fellow could sleep soundly at night knowing what it is costing in energy to power just one light bulb.

Hugh did ask me how I felt the two types of lighting compared. I will grant you the halogen is better, clearer and brighter ~ this maybe warrants a video of sorts to explain. But, considering 24 LED’s is equal in power cost to just one halogen, that and my good nights sleep of course…. I’ll happily settle for the slightly [and it is just that] lesser.

Also as a sort of added extra by the way, I purchased these bulbs as local as was possible for me, in Mainscourt Electric in Swords. In the super dooper bonus points round, I score extra as owner Tommy and his nephew who also works there live in my home town of Ballyboughal. 🙂

Answers or thoughts on a postcard or leave a comment below. 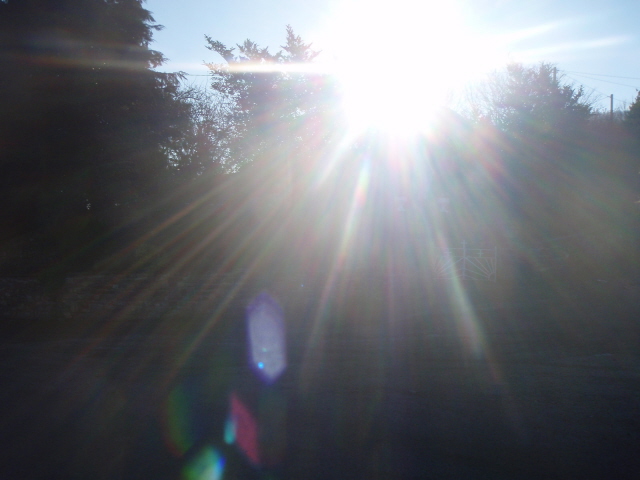