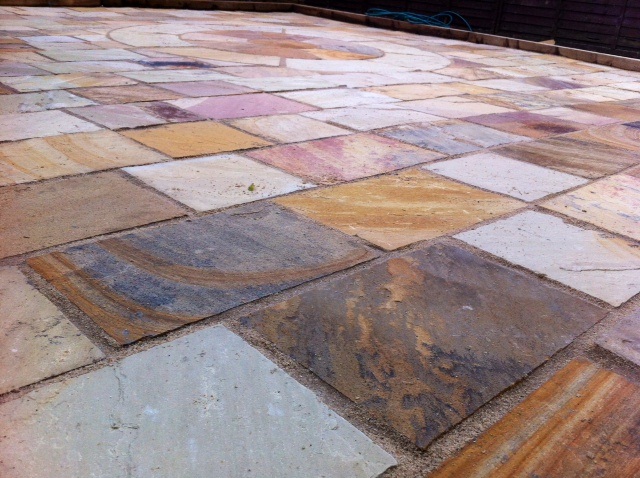 Laid well and chosen correctly sandstone can make one of the nicest outdoor spaces you’ve ever seen. There are however a few things that I chose to do on this project to make the finished garden look and the creating of just that little bit smarter.

Aco Drain Channels – In reality I’d rather not have any drains but entirely necessary in this case I chose not to use the silver steel version but instead the matt black plastic just to fade it, as versus highlight. That said it does look quite smart.

The Sandstone Circle – was going to be 3 metre in diameter. A really smart call was made on this part way through to change to the 2 metre diameter. It comes as a set, so the only thing I really had to do was remove the outer third tier of the circle. We also made a smarter call to put it off centre ~ when it’s not a ye olde type formal garden, central rarely works out. Gardens for the long-term, good calls are very necessary. Great clients [I’d have preferred a friendlier word] really do help when it comes to things like this. 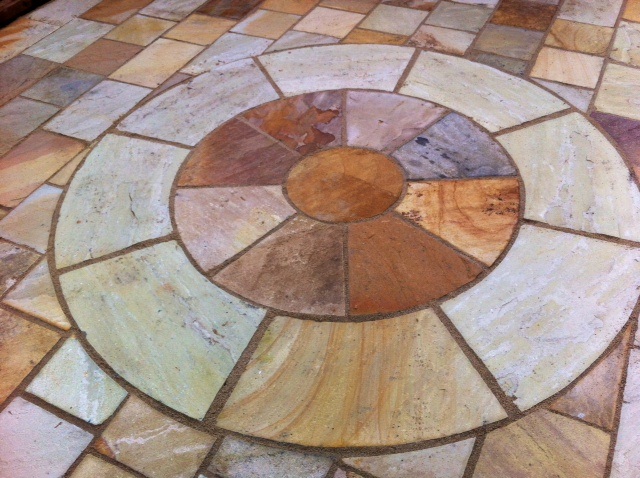 Fuge – was also used in between the joints of the paving. In the context of time cost/ man hour units versus a more expensive product [?] it was for more reasons a far better choice than the old days of filling mortar into the joints by hand. The video explains that a little bit more.

The mix of slab colour was also a good choice as versus going with the one colour theme and I personally find it almost changes colour as the light descends upon it. I also used an old timber edge as the surround. From a logic perspective, this will allow the pebble to be retained on the peripheral beds and from a design point of view the colours tie in quite well with the stone colours.

note: the garden was created 2nd week in April and in the paving images, the sand/ grit had literally just been brushed in. 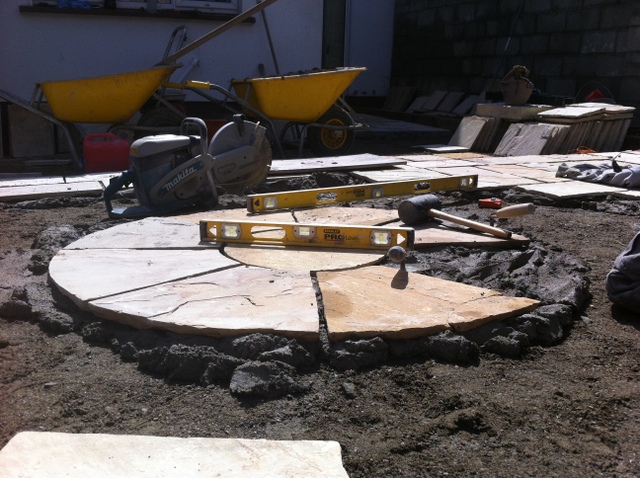 Things To Do: Gardening With ChildrenHand Made: Garden Planters
Scroll to top