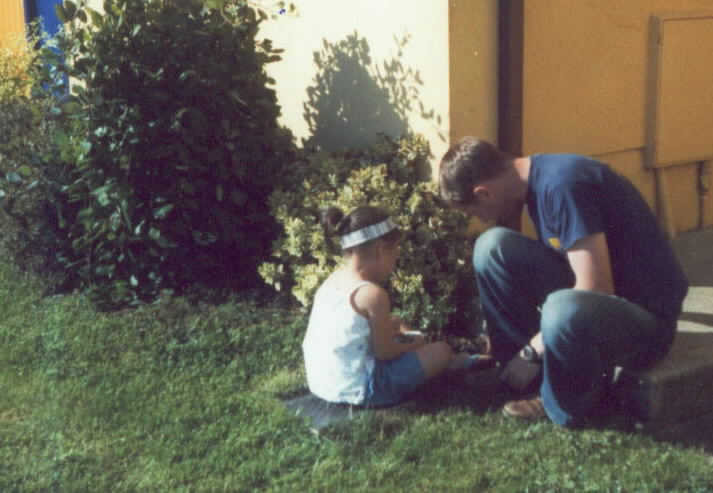 Most of my school reports, with hindsight weren’t bad ones as such. But, that I remember and am sometimes reminded, they seemed to come with that teachers note at the tail end, the at the time scary bit next to which ones parents signature had to go. They did note the great pupil/ student/ child in its many varying guises…. but their note always seemed to end with an extra added clause reading along the lines of…

if only he concentrated more in class.

My excuse is that I was looking out the window. At the trees. Some called it day dreaming, but it wasn’t. It really was admiring what was great outside. At the very least that’s my line and I’m sticking to it.

I did have my favourite subjects I’ll readily admit and I was generally speaking smart enough to read the book related to whatever current curriculum and moreso and specifically that classroom with windows in which that subject was being thought, just in case it was checked if I knew the answer when I wasn’t entirely paying attention.

My reasons for noting this is that one of my early posts after leaving college with horticultural letters after my name was a horticulture teaching post. That funnily enough was followed by another teaching post but instead of to adults, it was for those around the teen ages.

In the last few months and some ten years plus later and I have found myself giving classes to children as young as six and most recently I have been giving classes on behalf of Dublin’s [fingal] Libraries teaching secondary and primary schools [and adults] about gardening.

Let me sidetrack away from photosynthetic related teachings for just a moment….

I had teachers through my years that I liked. We all did. Everyone I know remembers the teacher that simply [we felt, as students] shouldn’t have been there and equally those that we felt deserved a medal of honour. Not because they knew their subject so well or that they were greater people but more that it really did come across as though they loved – and I mean really loved – what it is they did for a living.

Nurses, mechanics, carers, gardeners you name it…. there are the greats who care, just that extra mile more and love every second of what it is they do. With all their heart. And it shows. Their passion for that topic or profession absolutely shines through. They are those who don’t want to become the Head or the Principal or the Chairperson – solely because it means they won’t be on the ground floor, living, eating and breathing that subject that they love and in return they forsake the pay rise and the swivel arm-chair as versus the plastic bog standard version.

I guess what I am trying to say is that whilst attempts maybe are being made to bring gardening into all of our schools and to our children. Efforts that are bringing being green into the classrooms and following that into our homes, we, should I guess tread carefully in so far as that it doesn’t become a subject and a have to do. Gardening was never something I had to do, not even as part of the curriculum.

I used to grow plants under my bed. I remember taking the old coke bottles apart and using the then black hard base as an excess water collector so the carpet didn’t get wet. I remember cycling about five or six miles on my grifter bicycle to buy a bag of compost with my pocket-money. I remember my first bulb – a hyacinth that cost seven pence. My first cuttings of geraniums. My first attempt growing seeds of Radish alongside my Grandfather and my second attempt without him when my seeds failed in their entirety because I had dug a trench three-foot deep and put them at the bottom of it. At the time, it broke my heart. What you should consider also is that my parents and Grandparents were not gardeners. We did the summer patch, the same as everyone else – but they were not merited gardeners in any format.

I’m not saying I am the horticultural messiah. What I will say is that I know what subjects through school and horticultural college that I loved more. And why. I remember those so kindly who inspired me because they thought and spoke from their heart. Those, in that I could see, it was more than just a job. Maybe it is because of them, maybe, that I will never be a wealthy man monetarily speaking.

The alternate….? For me, gardening was always a want,  a need and above all it was in it’s every definitive meaning, inspiration in my life. And I love it dearly.