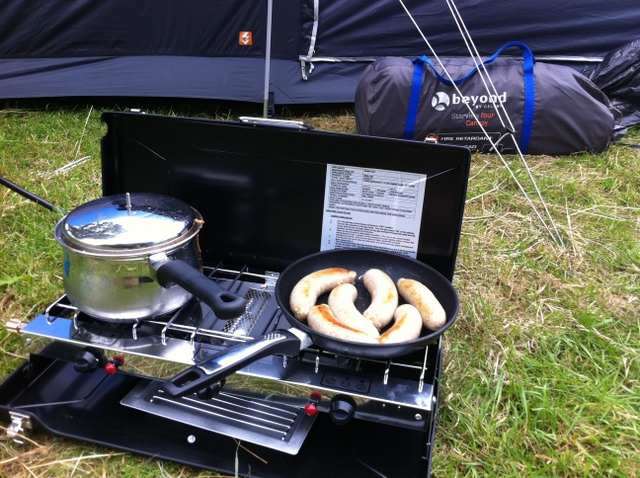 Officially titled the Gelert Compact Double Burner with Grill, I was given this to road test by Millets Camping, Mary Street Dublin.

I did this video around the time I got it:

A real opportunity came about to test the compact cooker when I was camping with 6 others [total 4 adults 3 children] over the August bank holiday weekend and this was the only cooking stove between us. Also my camping buddies for the weekend had never been camping before.

What I had neglected to do before going was to attach the gas regulator to the rubber pipe – the other end of which attaches to the cooker. Below is how I do/ did it. 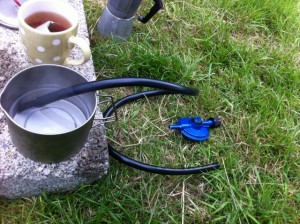 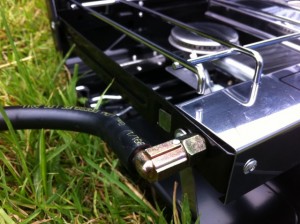 With some just boiled hot water at the ready, hold one end of the rubber hose in the boiled water for about 25 seconds and then ease over the gas regulator/ blue coiled end. Then dip the other end of the pipe back into the boiling water and do the same for the brass bit poping out the side of the cooker – tight to the top as you can for both.

Then allow about [I suggest] 3 minutes for the rubber to harden/ cool on both ends. To attach the gas cylinder simply hold the blue top in place and turn the gas cylinder whilst it is upside down.

To start cooking, simply turn the regulator on [turn the black knob on the blue connector] at the gas keg end, select the hob you wish to cook on and turn this to your chosen setting whilst clicking the red button on the cooker to get your flame to start. 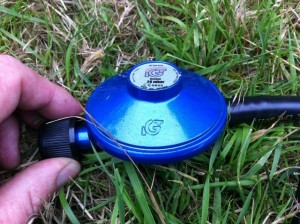 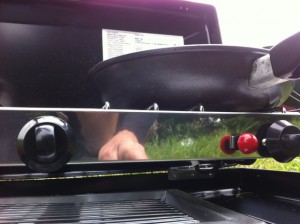 The only problem I had was that this cooker is far more efficient than the old stalwart I have always used and the food cooked a lot quicker. Other than that, to say this coped quite easily for the possé is an understatement.

The grill [in the middle of the 1st image above] needs to be lit with a seperate flame [cigarette lighter] but it is handy if you like your toast. As with all cooking gas I only used it outside and [on this occasion] chose to rest it on two concrete blocks I found nearby just to keep it off the grass. 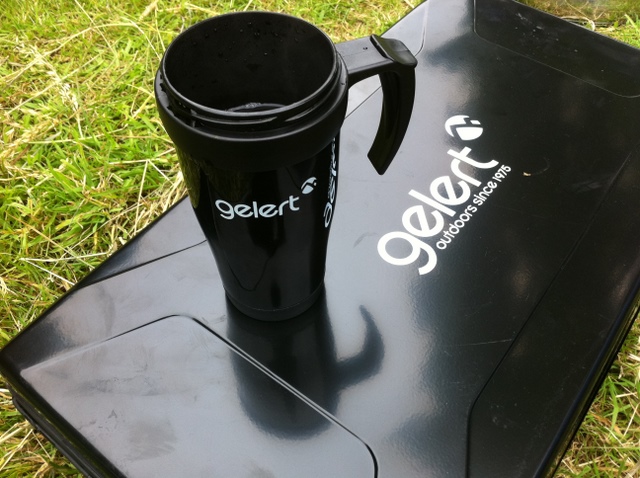