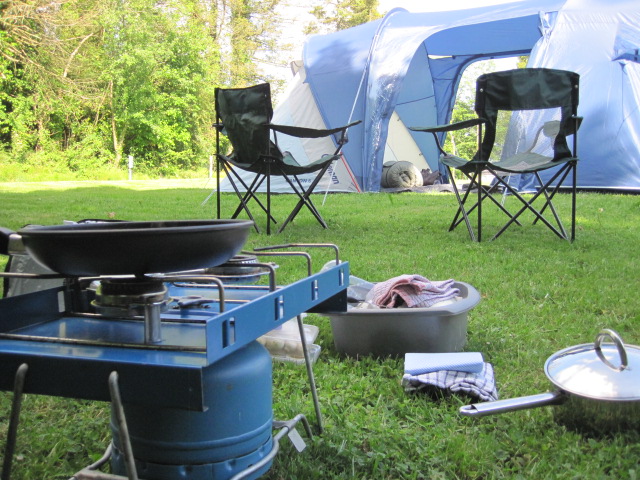 This is the Coleman Canyon 6 Tent. It is the tent that I have owned and used for the last two/ three years. The worst weather it has been tested in was last year when it hit about 3 degrees Celsius and pretty bad rain [I kept a maximum minimum thermometer inside the tent overnight]. The best weather was most probably June bank holiday weekend when temperatures exceeded 25 Celsius.

It’s a sturdy bit of kit that looks quite smart when put up. Of the two bedrooms one is large enough for maybe 4 small children or two adults quite comfortably. The smaller you will get two adults in, but it would be across the lesser width of the tent. It supposed to be a ‘6 man’ tent – I say four. Men. 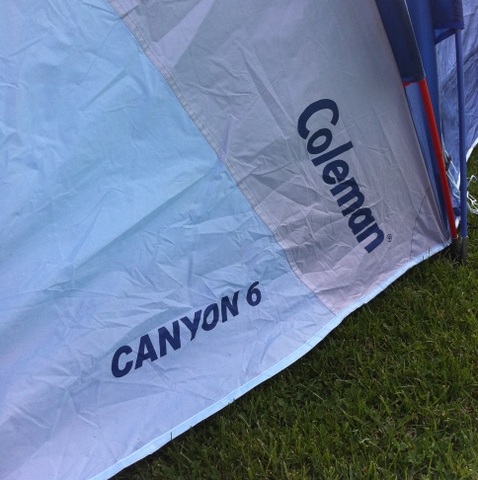 The problem with the Coleman Canyon 6 is the bit in the middle of the tent, assuming that it’s for a family and that it may rain [This is Ireland] as there really isn’t enough room for a small table, or anything in the middle.

Bottoms on the ground, the problem is that the ground sheet is at ground level and if pitched in the wrong place [or not] it is where the boots must come off and also were you may sit to eat. That said, it’s also quite easy to drop the lesser bedroom down leaving you with a fair bit of space.

On a slightly different note there are no windows in it. The doors must be open, as such to let light or air in whilst camping. However, one can open all four sides of the tent even with the bedrooms erect, this allowing a great draught run through in order to dry/ air before packing it away.

Outside of that the tent pegs that come as standard are really not enough to hold it down in gale like winds. One may chuckle at that, but try camping around Achill island on a fair day and you’ll know where I’m coming from. The answer, invest in really decent tent pegs for the guy ropes. 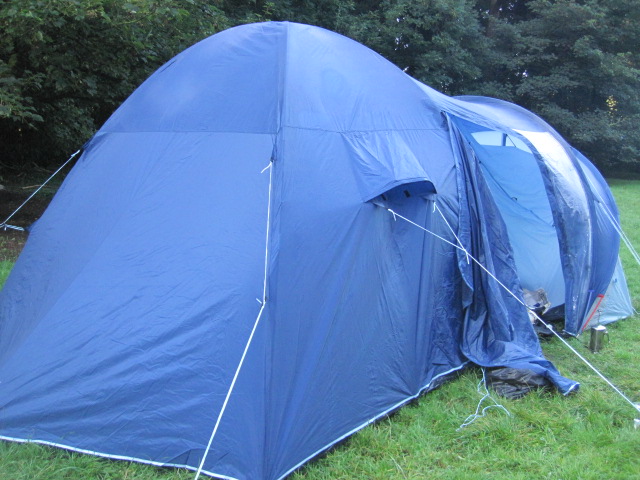 Time to put it up, one parent on his/ her own can be anything up to or over 35 minutes with a little bit of practice and I strongly urge you trial run erecting it before you go away. The poles in particular around the larger dome can be a bit tricky.

All the watch out fors aside, I like the Coleman Canyon 6 and camping is what it is. My rating score is 6/10. It drops points for the ergonomics of it really and the time to erect. That said I have been very happily camping in it for the last two years and would have no problem continuing to do so. 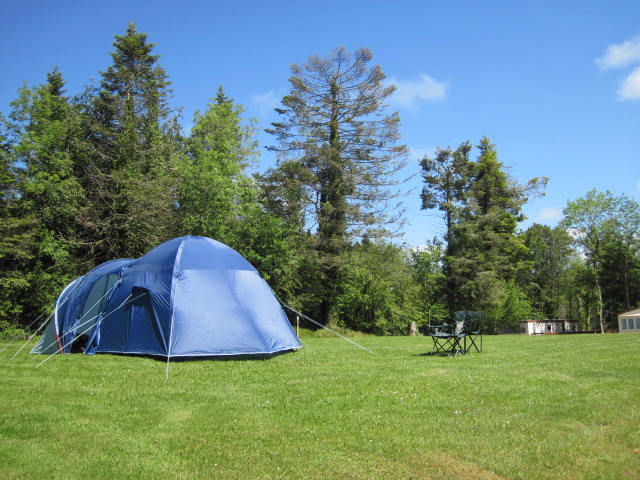