Blog
You are here: Home / Blog / All Posts / Weeds 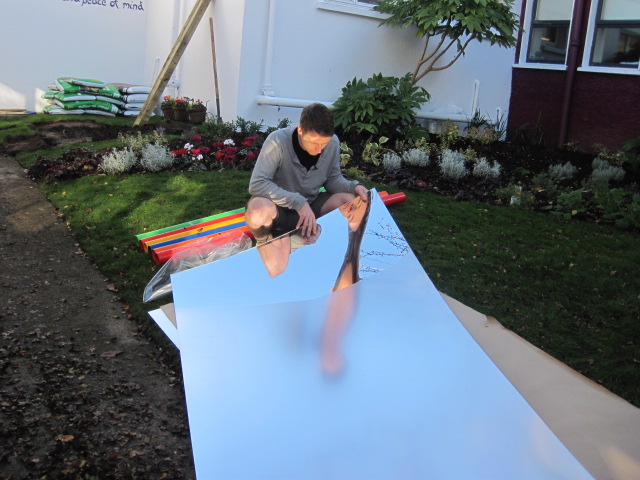 I tend to speak out loud when I’m typing. Like a sort of narrated muttering reeling inside my head for approximately eight hundred plus words that you read every week. The relevance of me explaining that as a sort of pre -requisite…?

This week has been a tough physical week in the great outdoors.

When I typed that line first, a second and finally a third time, I pressed the backspace key and deleted it over and again before I actually allowed it to work without my emphasis on a grunging groan when it came to the word great.

The voice, my voice continues to reverberate around in my head….

What’s great about it Peter…?

I’m asking myself. I’m plundering into the keyboard, present tense, almost poking it in the chest as if to provoke it into a hypothetical gardeners bar room brawl.

You’ve been bottom up and head down all week in a garden….

Garden ? That’s what you call it ? Great ? You are sir officially off your rocker.

Let me break this down for you and give a little perspective on the week just passed. My Client and good friend I’m proud to say, Michael has greeted me every morning with the words

Have you found the lion and the tiger yet…. ?

That is how bad the weeds were. Were. Past tense. In short and not to be insulting in any way to a client and its owner, but the snow and prolonged sub zero temperatures had come and have thank you very much, gone. Like relations that came to visit at Christmas time and stayed for two weeks, without you knowing that they had intended to do so all along, they’ve been gone a while, now. But it seems a lot of clients and garden owners had and still have held off to see if their plants would make a come back. I am glad to say some of them did. But not all.

The problem with the waiting bit, in this garden anyway, is that the strong survived and also prevailed. But in that there’s lies a greater problem because the plants that were able to start growing when the temperatures became most suitable for them to do so were the nettles, brambles and thistles. The ugly bruts.

I’m churning up the volume on the stereo now, Creedance Clearwater Revival playing full gusto and Fortunate Son’s throttle kicking in nicely. But I realise whilst doing so that the aforementioned are the bastards of the gardening world. With survival techniques like you would not believe.

When you think about it, they survived minus eighteen celsius and within a matter of weeks not reaching the teens, managed to take over an entire garden.

The solution is quite simple. One, a flame thrower. Or to achieve the same or similar effect a barrel full of chemical sprayed right over it. Then hope that the prettier survive, somehow. Not very logic in reality.

The wiser choice, the one I chose to take…. down on my hands and knees. In whatever way one wishes to look at it, it is not pretty. In the words of Kermit the Frog, it’s not easy being green, but it is the only viable solution.

I pulled the weeds away from the plants or at least where I thought there was a plant. I took the unwanted guests down in a little in height making sure to leave some leaves on them. Chemical was always going to be used. It was more a case of how and what.

I remember the days of old, weeding for my Grandmother. Taking up clods of scutch grass, beating it off a wall and knocking the soil out of it. Green as it is, I also realise that all I did was ensure that I was going to be pulling teeth from rock hard soil for ever and ever and getting nowhere extremely quickly. Not this time.

With a knapsack full of organic weedkiller, I took on the rest of the chore. And that, future tense, is the end of that…. but like the end of the Lonely Hearts Club Band, Sargeant Pepper gets a reprieve and before you know it the fairy lights are back on the tree and you can see that side of the family sitting on the couch, the tin of Roses on the floor and only the toffee ones left.

How long will they stay for this time….?

From a plants perspective and your garden. My advice and pardon the cliché’d pun, but lets call a spade a spade… If they are dead, they are dead and just like in Casablanca, they are not coming back. It is also tipping into June and just like you, I can’t be teary eyed for the rest of the year. I need to move on. I have to move. My garden deserves better. I deserve better. In the words of Sam Cooke [1963] It’s been a long time coming, but I know a change is gonna come.

Hard toil it may well be, but there are great gardeners available in this country who will take on the more hardened tasks for you, advise you and help you with a better choice of plant to fit that space. Funny how hindsight becomes greater with time. What’s even funnier, is the amount of garden owners who tell me….

I never like them palm trees in the first place.

Last weeks back break out of the way, it all becomes so very worthwhile when I get to go plant shopping next week. The great outdoors. I wouldn’t swap it for the world.