In a world were some people wonder why I write a weblog…. two milestones [?] took place very recently.

Surprised ? It wouldn’t be the first time websites have been sponsored. I think it may just surprise to [some] of the green Irish…? Either or, in my opinion, we are kilometres miles behind.

The second…. The Royal Horticultural Society announce their first iPhone app. And guess what…? It is free. Why? My 2 cents…. traffic to the site and the next time they go to sell tickets how many more people will know…. 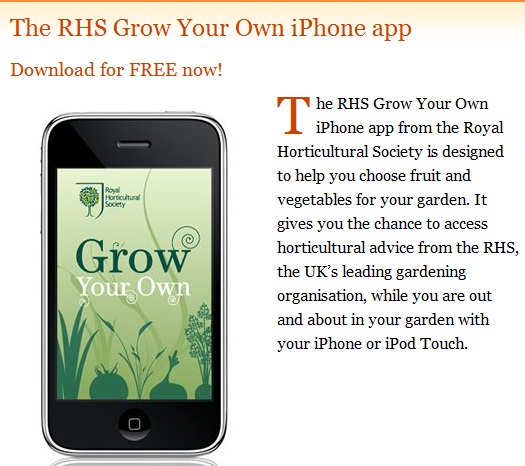 The last time I mentioned the oldest gardening fraternity in the world they were selling Chelsea Flower Show tickets online announced via twitter. That was back in 2008.

To those in the real world it may sound odd that this is news worthy but…. then of course there was this article to regarding Irish horticulture online.

The fact that an article called why I write a blog is one of the most read from my arsenal says something to me. That I still continue to have to explain it. In that same breath I also wonder why UK based companies [a few, not many, but some] have got in touch to seek an online agreement with me…. but yet not one Irish company sees the value in it….

Maybe the Irish version is better and it’s my green friends in the UK who have it all wrong…. 😉 What do you think…?