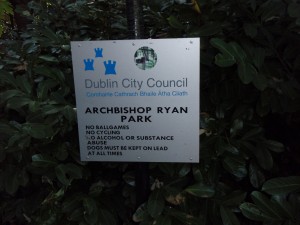 I had reviewed Archbishop Ryan Park in November 2008, also known in some circles as Merrion Square Park.

Dublin City Council debated a motion in January 2009 that Archbishop Ryan park be renamed. They are asking the public [via email and in less than 300 words] if you agree that the park should be renamed and also for suggestions of a more appropriate name. The closing date for submissions is April 23rd

Not that I am ignorant of the subject, but more that are others  better versed than I and the specifics of this matter…. I asked Journalist Susan Daly to write this post for me. 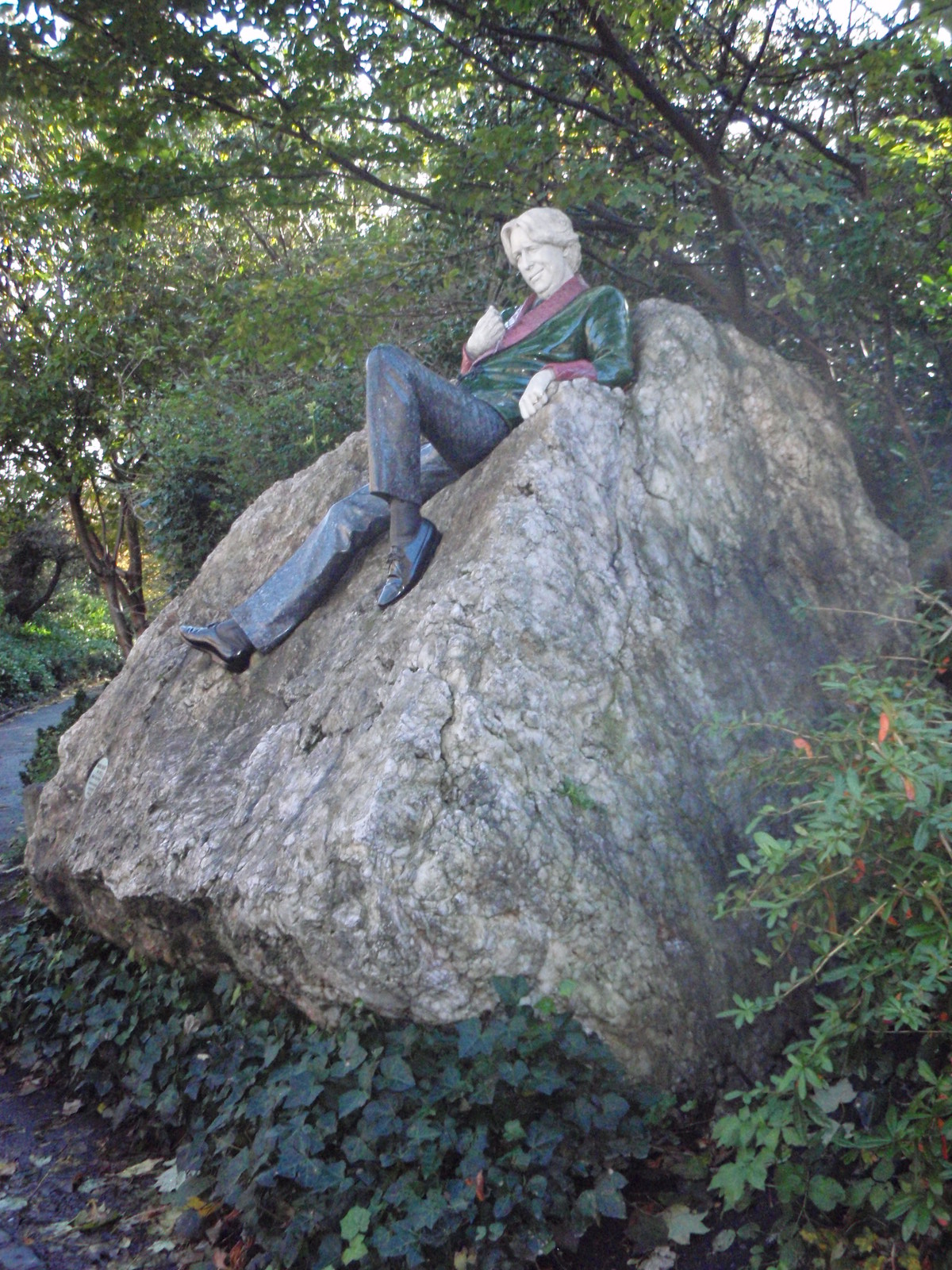 Susan is a respected freelance features writer, published in several magazines and newspapers, most notably with The Irish Independent and The Evening Herald. She is also a journalist who’s work I respect.

Regarding this weblog, this is a place for gardening and green. It is also sometimes a voice where change can at least be considered. In this context, whilst the [re]naming of an outdoor space maybe the title of the post there is also a very delicate matter underlying.

Before some forget, it was only little over 10 years ago we almost had a Michelle Smith park in South Dublin….

My opinion, parks are a place for relaxation and all things that should define happiness for the time you are there. Personally, I believe a park is not entitled to cause upset in any way. Via it’s name or other. In that same breath change is sometimes good and the people have a voice.

Susan blogs at the daly planet blog and is on twitter as @biddyearly. She is also I should add, one of lifes nice people to talk to.

Thank you so much Susan for writing this:

Archbishop Ryan Park To Be Renamed ? 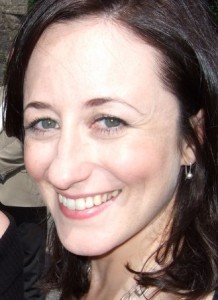 Dublin city is blessed with a patchwork of gorgeous green spaces. Some are well-trodden thoroughfares like Phoenix Park and St Stephen’s Green. Others are less high-profile. The Iveagh Gardens are accessed by a non-descript gate in a wall off Harcourt Street, and I’m fairly sure only office workers looking for a spot to snooze during a sunny lunch break around the Wexford Street area are aware of St

Kevin’s Park, complete with ruined church, on Camden Row. Wander a few hundred metres straight up from Parnell Square at the top of O’Connell Street and you’ll happen on the Blessington Street Basin, a sanctuary for waterfowl and sometime residence of a cranky male stork who likes to lord it up on the centre island of the canal basin there.

The park in the centre of the very grand Merrion Square falls somewhere between the two. Everyone knows it’s there – the National Gallery, the Dead Zoo… sorry, Natural History Museum (soon to reopen)…, and Leinster House skirt the western edge of the park but it’s relatively peaceful compared to, say, Stephen’s Green. It is really stunning though – there is a really well-maintained children’s playground, it has some fabulous sculptures scattered about its shady trails and no-one seems to mind too much if you loll around on the open grassy knolls for the afternoon. It’s pretty idyllic.

More difficult to idealise is the ongoing dedication of the park to Archbishop Dermot Ryan, who oversaw the transfer of the park to Dublin Corporation for public use. The Catholic Church had originally bought the garden from the Pembroke Estate in 1930 and had planned to erect a cathedral on the land. That edifice to the Church’s riches never materialised but a plaque which gives the official name of the park – Archbishop Ryan Park – still stands defiantly at the eastern entrance to the green.

I say defiantly because Archbishop Ryan was one of the senior clerics criticised in the Murphy Report for his action (or inaction, as it may be) in managing known, serial, child sexual abusers in the Dublin Diocese.

Dublin City Council debated a motion last January that the park be renamed, and are asking the public to email their thoughts to parks@dublincity.ie in 300 words or less. They want to know, firstly, if you agree that Archbishop Ryan Park should be renamed, and secondly, if you have any suggestions for what you think would be a more appropriate name.

One of the most common reactions of right-minded folks to the revelations of the Murphy and Ryan reports, and all child abuse cases, is ‘How could that happen?’ It happened because a culture of passivity, silence and conspiracy was allowed to breed. To paraphrase Edmund Burke, all that evil needed to flourish was for good people to say nothing. We can do so little to make reparations to the victims – but we can at least not have them walk past a plaque that celebrates one of the many people who failed them so badly.

This was the letter I sent to parks@dublincity.ie. You’ll probably have your own thoughts on what the park should be renamed, and that is as it should be. We are citizens and we have a voice and we should bloody well use it.

“To whom it may concern,
I live on XXXXXXX, one of the graceful Georgian-terraced streets that feed into Merrion Square. As such, I spend much of my time in the green

area in the centre of that square. There should be no debate about whether this elegant garden should retain the name ‘Archbishop Ryan Park’. It, of course, should not.
Considering the aforementioned Archbishop’s highly criticised action (or inaction, as they case may be) in the horrendous handling by the Irish Catholic Church of child abuse complaints, it is quite simply insult to mortal injury to all victims and right-thinking citizens for his name to be attached to anything associated with pleasure, peace or beauty.
I would like to second the huge call for the park to be renamed ‘Oscar Wilde Gardens’ because in my experience of living in the area, I am frequently stopped by tourists looking for only one of two things, or both: directions to Oscar Wilde’s birthplace (also on Merrion Square) or to the Oscar Wilde statue by Danny Osborne.
His legacy as a writer – one of that army of Irish greats who have brought us international acclaim – and as an ambassador of our country has stood the test of time, and will into the future.
I hope that you will allow me to proudly direct all tourists to Oscar Wilde Gardens!
Kind regards,
Susan Daly