Blog
You are here: Home1 / Blog2 / All Posts3 / The Garden Group Visit The War Memorial Gardens 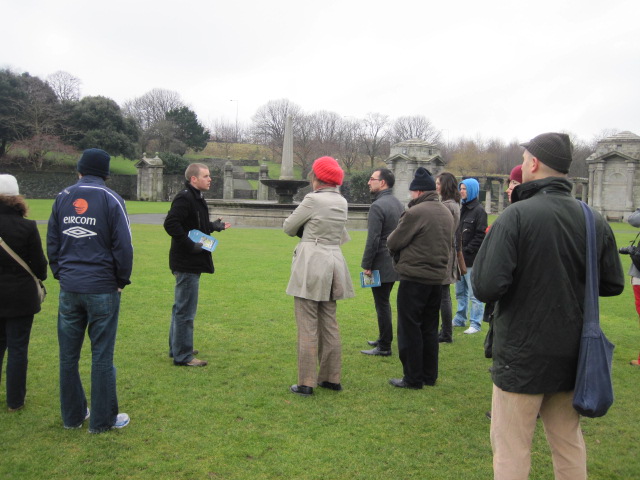 I had reviewed The War Memorial Gardens last May. But today wasn’t about my view of the park.

It was about a group of people, a great group of people I should add, who took some time out of their Sunday, to enjoy a little of the great outdoors. On a slight side note it was also about making garden group[s] a little funky 😉

A note of very special thanks should go to the OPW and in particular Craig, from The War Memorial Gardens who gave a very enthusiastic guide to how the park works, its history, the design… put simply he proved just why The Irish Times ranked it number 5 in Irelands top ten hidden gems.

The weather was a little nippy. But on a positive, it didn’t rain 😉 Considering I work outdoors all week and I used to work in this park [some 16 years ago now albeit….] for me it was a really enjoyable afternoon, made partcularly amazing by people I spent it with. Thank you all. Sincerely.

Funny thing, I never ever thought the laughing point of Anthony and Nialls afternoon would involve a joke about pruning roses 😆 That really made me smile!

So the garden group got off the ground and it’s onwards and upwards… Next garden group outing will be announced the first week in March. Looking forward to it now.

More Pictures of the garden group gig over at Pix.ie