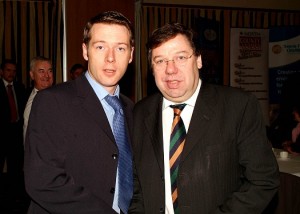 You may read this and suggest that I’ve skipped so many facts and figures to suit… but, I should stick to the programme that is all things green and Peter.

Also one should note that this isn’t an economics weblog [as much as I love the subject] and also that a much greater insight into that can be found over at The Irish Election site amongst the many I read regularly.

With that in mind may I just wish Deidre de Burca a bon voyage and a sincere good riddance. From a really green perspective I wonder what, if anything, was actually achieved apart from sitting down and collecting a pay cheque. That said, it seems a pay rise is on the way, plus expenses…. but of course.

With regards to the 2010 budget itself….. I’ve split this into these sections:

The economic and social implications of climate change are immense and it is the responsibility of Governments everywhere to change behaviour to reduce our greenhouse gas emissions.

The most effective way is to put a price on carbon. This will encourage innovation by incentivising companies to bring low carbon products and services to the market.

Changing behaviour takes time but a start has to be made. Today I am introducing a carbon tax equivalent to €15 per tonne. The detail is set out in the Summary of Budget Measures. The tax will apply to petrol and diesel from tonight. Increases to home heating oils and gas will apply from next May.

The application of the tax to coal and commercial peat will be subject to a commencement order to allow a robust mechanism to be put in place to counter the sourcing of coal and peat from Northern Ireland where lower environmental standards apply. A vouched fuel allowance scheme will be developed to offset the increases for low income families dependant on such fuels.

Carbon taxes will be a feature of economies across the world in the coming years. Today’s announcement sends a positive signal to those gathered in Copenhagen, working for an ambitious agreement on global climate change, about Ireland’s capacity to show leadership.

The tax changes I am introducing today reflect my belief that tax can make some contribution to the reduction of the deficit, and will make a larger contribution in later years. But as we know from our recent history, we cannot rely solely on taxing our way out of our difficulties.

With regard to forestry:

Agriculture is an important component of our economy and this Government has not hesitated to offer this crucial sector support where it was most needed. We responded rapidly to the pig dioxin crisis last year, where we provided some €200 million to save that industry and the jobs within it. We have made a large investment in agricultural infrastructure through the Farm Waste Management Scheme. We remain committed to supporting an environmentally sustainable agriculture sector and are in discussions with the European Commission with a view to introducing a new five year agri-environmental scheme. I have agreed to provide €50 million from within the existing allocation to support this scheme.

I am also providing more than €121 million for Forestry and Bio-energy. This includes a capital provision of €116 million to plant a further 7,000 hectares of trees next year. This demonstrates the Government’s continued commitment to this vital sector as set out in the Renewed Programme.

Improving the energy efficiency of our cars

The Government wants to encourage the increased use of environmentally friendly electric cars and the development of new technology in this field. To that end, the VRT exemption for electric vehicles and the VRT reliefs of up to €2,500 for plug-in hybrid electric vehicles are being extended by two years until 31 December 2012. We will also provide support to offset the initial battery costs for such cars. This will help in fulfilling our ambitious goals to reduce transport related emissions.

I am also introducing a car scrappage scheme, to run from 1 January until 31 December 2010. VRT relief of up to €1,500 per new car purchased will be made available under the scheme, where a car of 10 years or older is scrapped under certain conditions. The scheme will have the environmental benefit of removing some older, potentially less safe and polluting vehicles from the road. Details of the scheme are provided in the Summary of Budget Measures.

Others notes of interest come from the Book of Estimates

The Department of Agriculture and food takes an overall drop of €247,937

*note: to date no politician has answered the above call. Dan Boyle Of The Greens did say he would talk to me…. but I’ve heard nothing as yet. If this changes I will let you know here.