Blog
You are here: Home / Blog / All Posts / get rid of your bin – book review 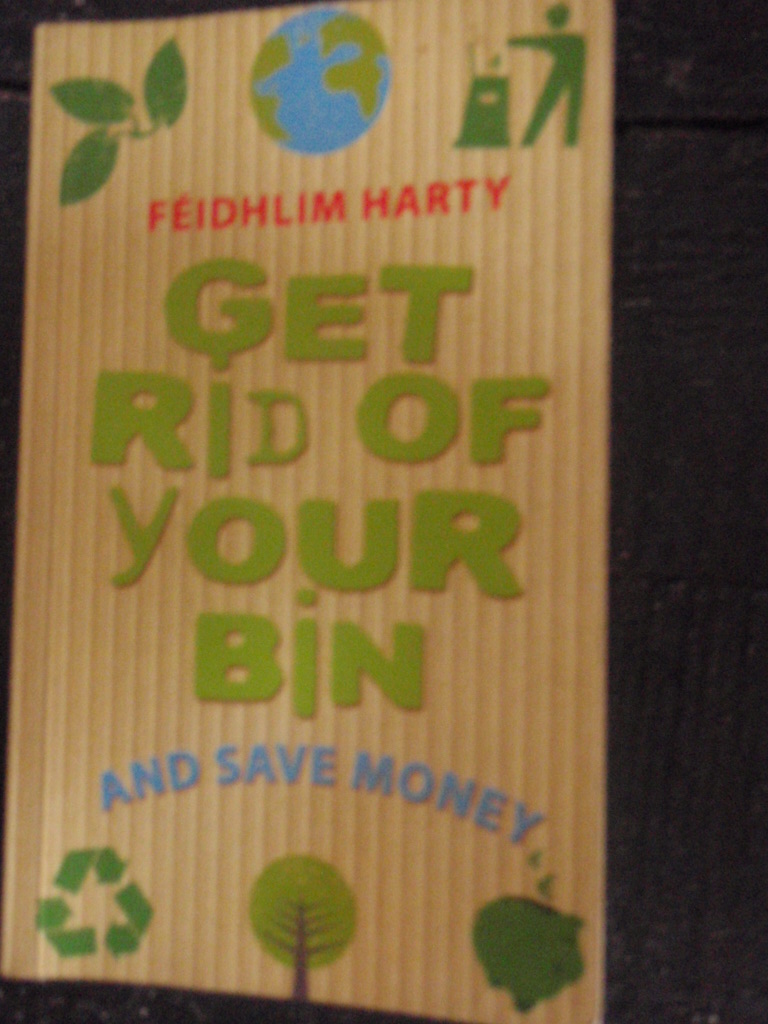 I bought this book about 4 weeks ago. It is great value for money and cost me just €8.99.

Being really honest it is one of the greatest little books I have ever purchased. I have carried it with me everywhere since I bought it. The reason why is quite simple as almost all books like this sold in Ireland all refer to mainland UK within the directory of contacts [ie. pointless in Ireland]

I rang Féidhlim and had a chat with him. Nice guy. A gentleman in fact. I queried the logic. The factual… and why nobody had written about this before, in Ireland.

Getting rid of your bin is possible… but as Feidhlim explains… baby steps and also better that one does a little rather than nothing at all. Brilliant stuff. Love this. More of it please. Full marks 5/5.

If you’d like a little further insight into Feidhlim… ? Here’s the interview I did with him. Thanks Feidhlim. 😉 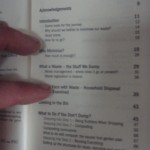 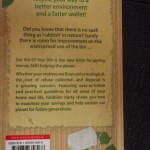 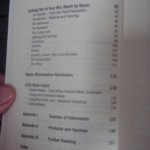 1]i used to grow plants under my bed. you woke up one morning and thought ‘i wanna write a book….’

The thought of writing the book only came when the bulk of the material was already written. There was a group of us in West Cork preparing notes for a Sustainable Architecture course, basically a Low Impact, Low Cost course for people on the dole wanting to build their own homes. The Carbery Housing Association, who organised the course, got to the point of getting FETAC approval and running the first couple of lectures, but the number of participants wasn’t enough to keep it going. The long and short of it was that the course was postponed for the foreseeable future. There was a big pile of waste management notes on my desk, so I took it from there really.

2] when i was 24 i set up my own business. very different to the hobby. most people laughed. how did you go from i think i’d like to – to putting everything in the air.

Went I was about fourteen I collected my first publishers’ refusal letter for a book I wrote and illustrated myself. I filed it away for future reference and only found it again recently when the same publishers sent me the first printed copies of “Get Rid of Your Bin”. The intervening twenty years were spent doing all the other stuff that gets in the way of life; school, college, setting up an environmental consultancy business and all that sort of thing. Even though the bulk of the material had been prepared for the course, it took a surprisingly long time to get it to the point of being able to submit it for publication, and then longer still to polish it up for the bookshop shelves. Still, it was very satisfying to hold the finished book in my hands for the first time and know that a life-long ambition had been realised.

The very first copy went to my wife, Elinor, and my daughters, Susie and Kate.

Do you know, I don’t usually apply that thought to life. With environmental consultancy work I have been designing and planting constructed wetlands and reed beds for 13 years, and recently branched out into Edible Landscaping. It is really satisfying to finish a job and stand back to admire it before packing up for the day. But there is always the next housing estate to fill with edible trees and bushes, or the next wetland wastewater treatment system to put in. Yes, it is nice to know that a stream is well protected from pollution as a result of a new constructed wetland system.

The closest I have come to that feeling of having made it at work was starting the Garden of Eden Projects as a community initiative. The first one started as a project in the Quaker Meeting House in Cork city, and from that I was offered a chance to propose an edible landscaping layout for a new apartment development. When I got the contract there was a brief feeling of elation, that yes, this was what I wanted to be doing. But that soon got covered over with the task of getting the job done. The Edible Landscaping side of the business has grown, and so too have the Garden of Eden Projects. This year we offered discounted trees to schools, churches and community grounds in Co. Clare with assistance from the council and the Department of the Environment & Local Government. It is satisfying, but the “made it” feeling is a bit elusive. There always seems to be more to do.

Stepping out of the work context, yes, there have been moments of “I’ve made it” whenever I have made it to the top of a particularly difficult climb on the cliffs in North Clare.

5]how long did it take to write the book

In terms of hours, I just haven’t got a clue. What I do know is that from the time I started to prepare the course notes for the Sustainable Architecture course to getting the first copy into my hand it took nearly five years.

7] do you get free tickets for gigs & will you be going to electric picnic.

Nope. But I did get an invite to the book-launch in Limerick for Gemma Mawdsley’s new book The Paupers’ Graveyard.

8] how did you get to be published

To get published, apparently, you need a string of refusal letters to your name. Well I have plenty. I sent out copies of the manuscript to all of the publishers in Ireland that worked with that kind of book, and then just kept thanking people for the kind phrasing that they put on the letters saying “no thanks”. One publisher kept my faith up by expressing an interest in it and suggesting some changes, but then they had second thoughts. Finally as I began to explore self-publishing, Mercier contacted me out of the blue to say that they were really excited by it and would I be interested in meeting them to discuss it.

9] do you think enda kenny is a spanner

I don’t discuss politics on air.

Coffee on the rare occasion if it is really good, organic, fair-trade coffee. Usually tea though, straight from the garden, and not always for medicinal use. A couple of leaves of sage in a pot of hot water is excellent for a sore throat. Fennel is great for settling the tum. In a baby’s bottle and cooled to the appropriate temperature, fennel tea can offer a full night’s sleep for the tired tiny baby stage of life (when drunk by the baby, not the parents). The best for flavour, I find, is a mixture of sage, mint and sweet cicely leaves. Since we moved house last year I have been struggling to get the sweet cicely to out-grow the slugs. The crushed egg shells are doing the trick now and by the end of the summer I hope to have good mixed herb teas once again.

Not that I know of. Who’s Anto?

There is a craft village in Spiddal, out the coast road from Galway. One of the craft workers has a shop called An Spailpín Fánach, where they supply t-shirts and the like printed with Irish language and Irish interest pictures. A while back I bought a dark green t-shirt there with a bright ink-style drawing of a scene from the Táin Bó Cúailnge of the bull of Cooley and the facing armies of Connaught and Ulster. Now I’m on the look-out for a long sleeved t-shirt just like it to replace one that has seen one cliff face too many in its rock-climbing career.

Sure, I’ve the kettle on already. Drop in whenever you are in the area.

14] so barrack obama calls you tomorrow….do go ‘Jasus Barrack…. whats the cluckin’ story horsebox’ or do you go ’shoite…. its flippin’ Obama on the flippin’ phone’……..?

Well the first thing I would assume is that he was reading all about the Garden of Eden Projects in the Clare Champion article a while back and wanted some tips for the community garden Michelle has started on the lawn there. Either that or he needs help getting the White House wheelie bin down to size. Think about it, what head of state doesn’t need help with their waste mountain?

15] if mary mc carthy [joe punter] wants to get one of your books how do they go about it…?

“Get Rid of Your Bin” is in most book shops around the country, and on www.wetlandsystems.ie – follow the link from the main page. Some internet shops bamboozle you with contents and links and offers and such like, but my one is really easy, there is just one book on the shelf! I’m working on the next one…

I’m going to pass this year. I could pretend that I had even considered it, but won’t.

Who’s Ben Kenealy? Besides, if he thinks “He’s all that” then maybe that’s enough.

18] dave from Dublins 98fm got me into trouble with ‘her indoors’ – she made him rhubarb crumble and I ate it. Would you like some pie? What advice would you give to dave?

If you want a sugar free version, sweet cicely used to be used as a sweetener in medieval times. If you want a good cup of herbal brew with some of your pie, look no further than the herb bed for mint or fennel.

19] how many people turned up to your first book signing? honestly?

About fifty – a good turnout.

20] describe your book in one sentence?