If you would like to know more about the thursday garden guest the pr sessions – click here.

For the moment writer #9 is Bernice Burnside of Bvisible PR 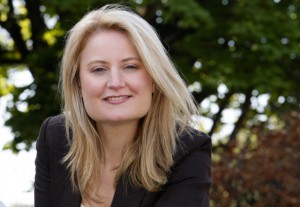 Bernice Burnside began her career in television before establishing Bvisible Communications in 2001- a PR agency based on Malahide.

She grew up surrounded by actors and musicians and managed to keep her thespian and musical interests alive until the arrival of her two children, who have replaced these hobbies with a new version of acting and music! Her current interests include food, films and photography. When she does get to relax she likes a bit of yoga, a brisk walk by the sea or a good book

When I was growing up in Sligo, I was lucky enough to have always had plenty of outdoor space for playing. I was fortunate. Ireland’s increasing population as well as our ravenous demand to own a patch of land has resulted in many children being raised with little or no outdoor playing space.

We lived in two houses in my youth: the first one was in an estate and had a wonderful sloping garden – a God-made playground feature and my friends, siblings and I used to roll down the verge when the weather was permitting (and sometimes when it wasn’t).

In my childhood gardens were the herald of seasons: springtime meant seasonal strawberries, gooseberries and edible flowers in our neighbours garden, which I and many of my friends gorged ourselves on (sometimes surreptitiously) and summer was announced by the sensory overload of the smell of cut grass (which reminds me of childhood summer to this day) and the distant buzz of various lawnmowers, hedge-trimmers and other macho motorised-blade machines. Even the man-made calendar year had a relationship with the area, as my school loomed over our back garden reminding us in summer of the blissful distance we were from going back to class.

We moved when I was 8 to a house surrounded by its own piece of land. This was more like it: the garden area was literally 10 times the size of the one in our last house, opening up the possibilities of childhood games. It was dominated by a large Yew tree from which my parents hung a swing that survives to this day. The dry, decorative well was a the focus point for tip-the-can, the open area was ideal for chasing, and best of all, there was a forest to the side and back of our house blooming with possibility. To this day I’m not sure who it belonged to, but for all intents and purposes, it was ours.

This upbringing has almost certainly coloured how I’ve been raising my kids and the back garden and outdoors area was a huge factor when we were looking to buy in Malahide. We got lucky.

Not only is it a corner house with its rear flanked and side by trees, but the previous owner was a very handy handyman. He had built a chair into the back wall, and some furniture in a seductively secluded part of the garden. Micah, like her mother, is irresistibly drawn to the garden – shivering in delight in water fights as early as April, and inventing countless games throughout the summer. Like her mother, her love for the garden is more as a consumer than a curator – I’ve always been happy to help out, but my love for the outdoors is matched only by my ignorance of its flora.

When time becomes a more plentiful commodity, I hope to approach the knowledge and dedication of my husband, starting with the planting of my own collection of herbs. This, ideally, will fuse my love for food with my passion for the outdoors.

One plant I will always remember is ivy and calla lilies. These were chosen for me by a good friend for my wedding day, based, according to her, on my colour preference as well as my persona. A florist by trade, she chose the elegant, aromatic Oriental flowers to greet me when I entered the church. Sometimes I like to imagine that she thought it reflected my mysterious, ageless beauty, but I’ve never had the nerve to ask!