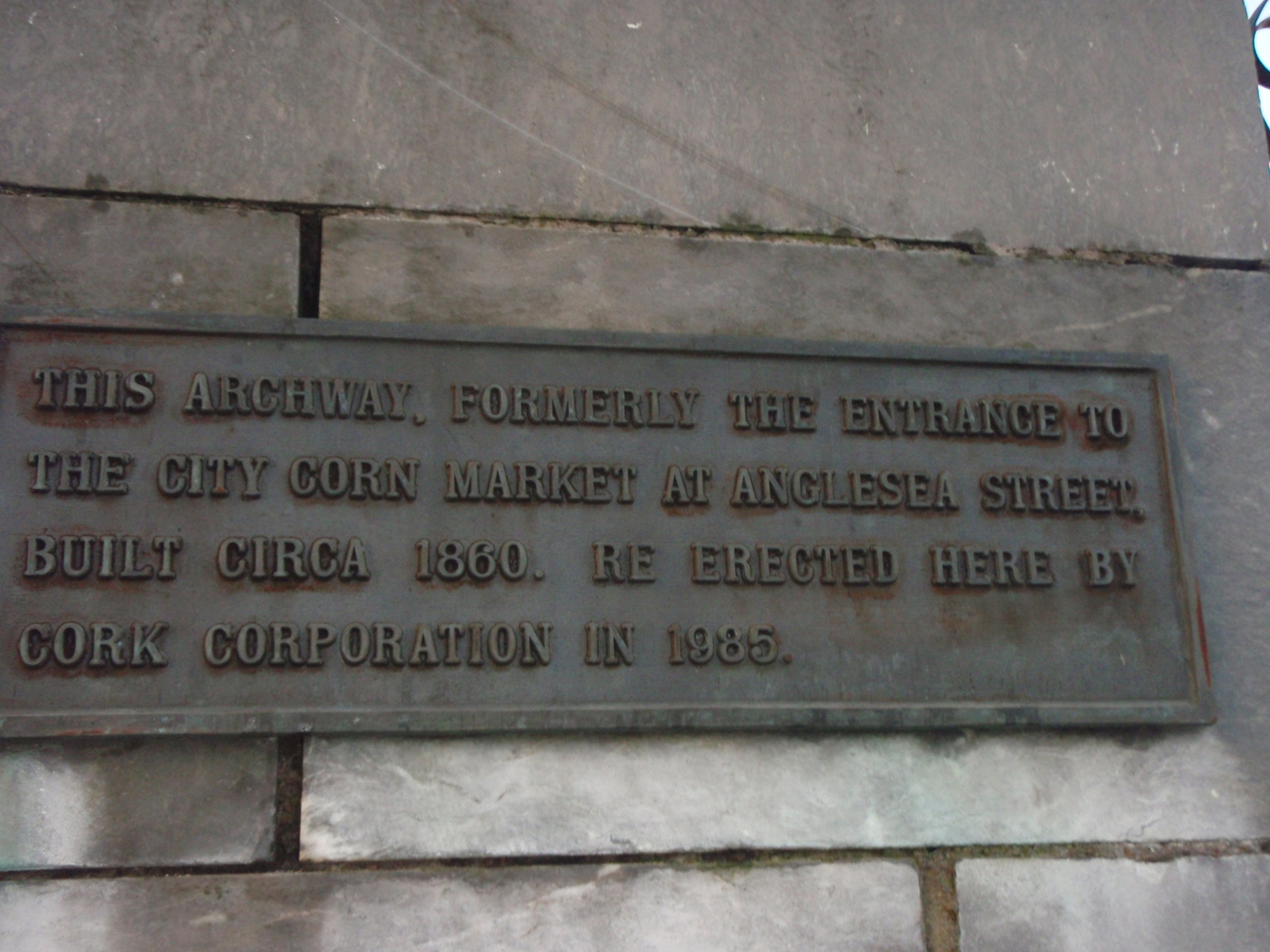 I suppose I did fit a lot in while I was in Cork. But, although I ‘ve been to Cork so many times I never really took my time in this park. It’s only a small one but I like it. It’s got charachter.

At the time the Coproration were taking down the Christmas decorations and the park itself, horticulturally, was in need of a good manicure and a little tlc. That said…..

I like the fact that the pond walls were built using the remains of the Citys 13th Century City walls. I like that the sculpt is entitled ‘The Onion Seller’ – a little like Liverpools Elanor Rigby. I like that the archways date back to 1860 and were those formerly of the citys corn market, but re-erected in 1985, around the time of the opening of the park. I also like the fact that there were bird feeders in the trees 🙂 For this Cork Corporation deserves applause. I loved it.