Blog
You are here: Home / Blog / All Posts / recession talking getting depressing 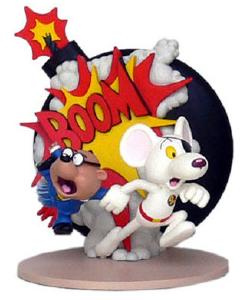 There have been a few mutterings about a recession, which is a nice word for depression. The reactions by the media to this have been interesting. The media seems to be thrilled about it. ….You get the impression they think it’s a good thing.

People are asking me all the time hows business..? is it getting quiet..? NO! For the brilliant time things are fine. The only thing this apparent gloom reminds me of is when [eg.] you break your arm. The first time you’re asked ‘ah how did that happen?’ Full story given… but by the time the 40th ‘do-gooder’, fairy cakes in hand asks… heads are gonna roll!

First: this article from a previous post [click here] is well worth a read before you go further. Second: No business has ever been a stroll in any park.

I’m one of eight children. My father is a wine merchant. Fancy? I’m no expert but me thinks not so much in the 1980’s. A little easier now?

Interest rates at over 18%? Emigration at 45k per annum? 85% mortgages? Unemployment at 375k? Not anymore. Two things: they don’t make land in Ireland anymore – and – you can’t continuously build 60-70k houses per annum. logic?

House prices are cheaper? Good. But what’s better now? As a good friend [a civil engineer] said last week ‘any bank manager with a screwdriver could call himself an electrician and the week after he was building houses… those guys are gone, thank God!’ This was also relevant for landscaping and garden design.

The other side is that a lot of businesses ‘gave a price’ and got the work and semi retired after. If one took the p*** through the ‘boom’ – it may just have come back to haunt you.

Apart from that what’s new… nothing really.