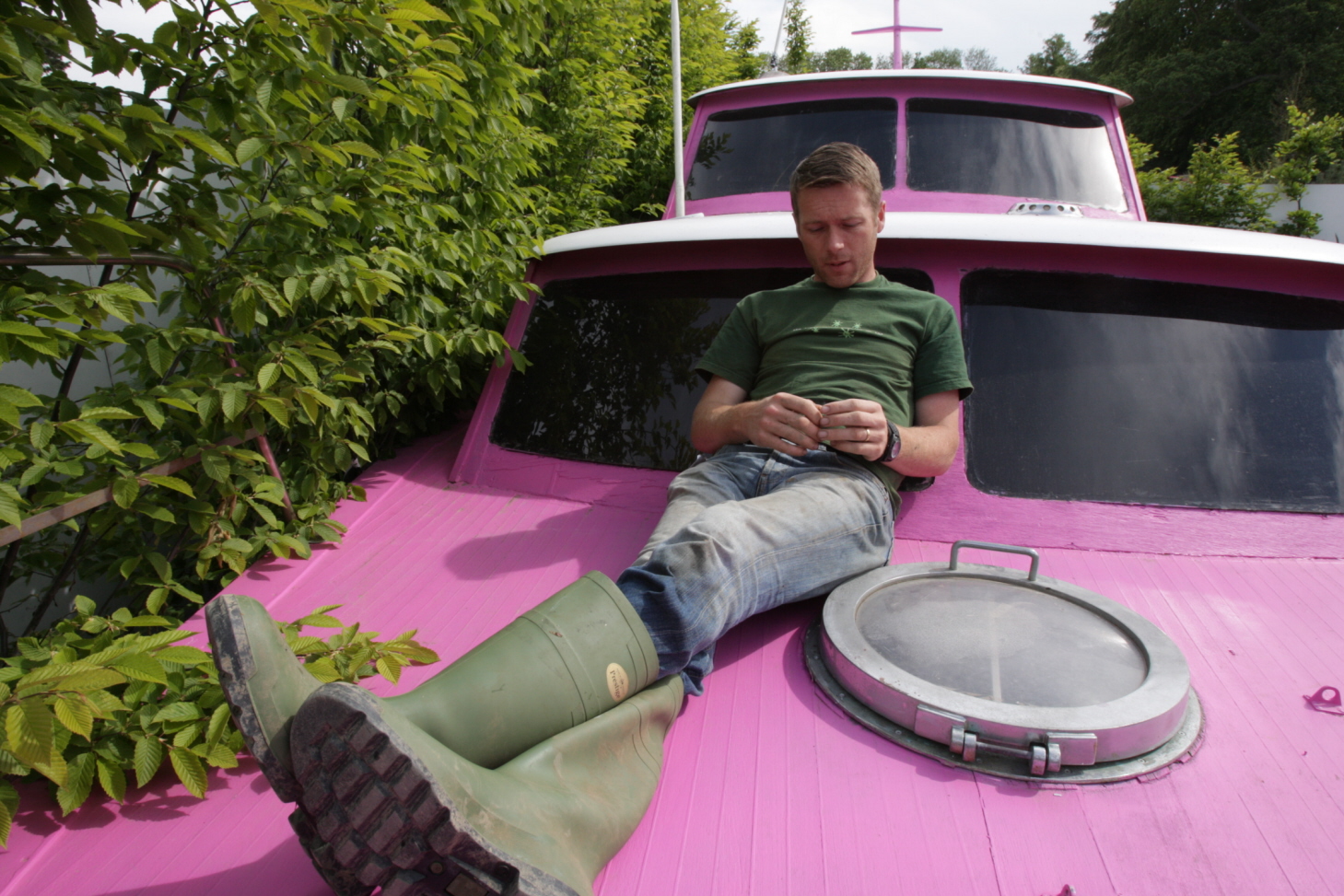 when I started this journey some people laughed. I was happy they smiled, how or why is irrelevant I suppose. Maybe some people thought I did this garden for some alternate reasons or other [?]. I didn’t. I had no sponsor. I had no money. I just had a dream to create. I still have. I also have the greatet friends who were willing to help me and drop everything just to see this journey complete. I call them the thank you so so much list and to you all, I am eternally greatful.

I just wanted to bring recycling to its ultimate level and show it didn’t need to be all dirty, muddy and somewhat hippy-esque to be involved in. I think I did? The response from the public was overwhelming! It almost made me cry I was so happy, because of their [your] response. It was also a child-like vision and like a sort of ‘drop dead fred’ style thing in my mind. I hope it never leaves me. But I still felt that the garden wasn’t really ‘accepted’.

I can’t describe the feeling when Rick spoke to me live on the airwaves. Not so much that but the response from the public, in their thousands. Thank you all. [I’ll publish this list after; it really deserves a post to itself].

And so it was narrowed down to one call from Siobhán from The Electric Picnic. She explained to me that the pink boat, my dream, would have a home for life where people could meet, a landmark of sorts. Respect and an apt retire had been found. A final resting place… and in my head I pictured this video… I think it summises the journey of Pour l’amour de Jeux from its creation and how it felt inside my mind at its journeys end… thank you.

UPDATE: siobhán has donated 2 VIP passes to ELECTRIC PICNIC. The money I will get for them will go towards my trip with the garden of hope & the Niall Mellon Township – make me an offer….. ?

anyone know what to do with a large pink boat?now famous in poland…
Scroll to top