Blog
You are here: Home / Blog / All Posts / potato famine & water charges on the way? 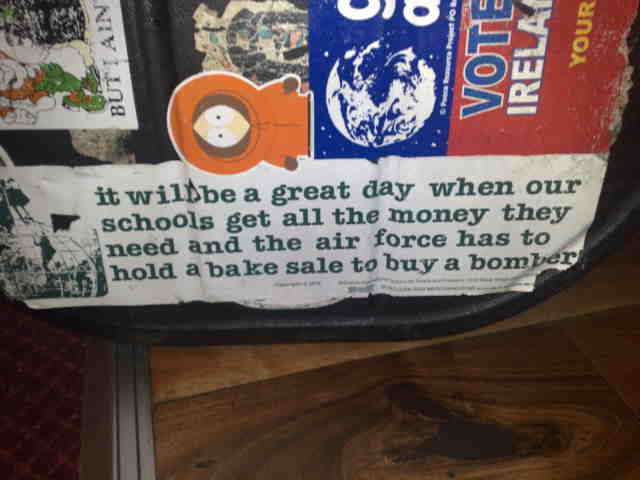 This weekends Irish Times had two really good articles well worth a visit. The first, EPA cuts state’s emmissions allowance, touched on previously, but now confirmed we are landed with a bill for now over the original estimated €670 milion euro. What to do with such intelligence?

The second based on Dr John Sweeneys report tells us that ‘the growing of potatoes in the east and south of the country could cease by mid-century because of global warming.’ There’s a fair bit of reading in the reports but very worthwhile. By the time some realise that SPUDS ARE NO LONGER FOR SALE after 2057 it maybe too late. Time to stand up & be counted John Gormley. The article is also covered here.

The best until last… Ibec calls for homeowners to be charged water rates WHAT THE ?? again by Nicola Cooke of The Business Post [well done girl]. All I need now is that it’s cheaper to buy water from LIDL than from a [my] country I pay too much tax in already. Nice one Donal Buckley of IBEC. Not to worry, McDonalds has air conditioning, sells spuds and healthy options water.

eddie hobbs cowboys & angels before you design – you must be inspired!
Scroll to top